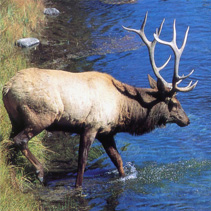 Idaho has some of the widest variety and best big game hunting in the west, and general seasons for most species. Idaho has some of the best elk hunting in the world. Deer are found throughout Idaho, with whitetails found primarily north of the Salmon River, and are generally hunted later in the fall than mule deer. Mule deer are more numerous, and found mostly in the southern two/thirds of the state. Antelope are in southern Idaho, black bears in forested areas and mountain lions statewide.

Idaho provides a lot of opportunities for combination hunts, either with two big game species, or with big game and upland game or waterfowl. Most years you can add fall steelhead fishing to the mix. If you're a hunter, Idaho has what you want! 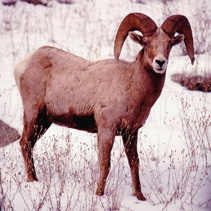 Moose, mountain goats and bighorn sheep are Idaho's trophy species. There are two subspecies of bighorns, Rocky Mountain and California. Hunters are allowed to harvest one of each in a lifetime, if they are lucky enough to draw the permits. Moose and goat are also once in a lifetime, but there are exceptions for moose permits left over from a drawing or won in the lottery drawing that supports the hunting and fishing access program. 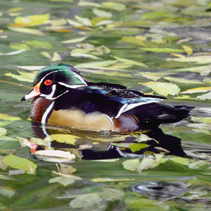 Waterfowl hunting in northern and eastern Idaho is at its peak during October and November. South central and southwestern Idaho hunting generally is best during late November, December and early January. Nontoxic shot is required for hunting waterfowl throughout Idaho. There are very strong populations of Canada geese in almost all of the state that provide early hunting, migrating geese come later and keep waterfowlers busy. 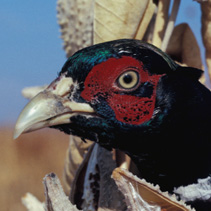 Idaho offers a multitude of upland game bird hunting opportunities on millions of acres of public land. Season lengths are long and the bag limits are generous.

The Columbian sharp-tailed grouse season runs the month of October in eastern Idaho. The best hunting is typically in or near fields enrolled in the Conservation Reserve Program. Land enrolled in the Access Yes! program in Cassia, Power, and Oneida counties provide ample access to hunting areas.

While sage-grouse are widely distributed in areas with large blocks of sagebrush, the hunting season is generally short (1week during 2012) and opportunities are limited to areas of southern Idaho.

Idaho also offers some of the best chukar and gray partridge hunting in the West, not to mention robust populations of California quail. Chukars and gray partridge (huns) thrive on large tracts of public ground, and are available to everyone willing to make the effort to hunt them.

Chukars are typically found in rocky, arid areas covered with cheat grass and sage brush. Gray partridge (huns) are often found in close proximity to chukars and adjacent to cultivated land across the stat. Expect to find the best populations of chukar and gray partridge in the Clearwater, Magic Valley, and Southwest regions.

California quail occur from south-central Idaho, west to the Oregon border and north to the Palouse Prairie. Good populations live along rivers and streams with brushy cover below 3,500 feet in elevation.

Historically, Idaho was a destination pheasant hunting location, but populations have declined because of changes in farming practices and the resultant loss of habitat.

Some of the best pheasant hunting opportunities can be found off the beaten path and on private lands where much of the best habitat occurs. The highest pheasant harvest typically occurs in the Southwest, Magic Valley, and Southeast regions. Hunters willing to wear through some boot leather as well as knock on doors can find good success. 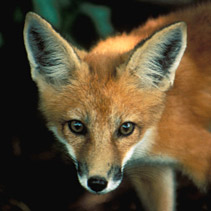 Idaho's beavers, bobcats, river otters and other furbearers provide us with recreational opportunities, viewing enjoyment, and an economic return from fur pelts. Furbearers provide not only recreational, harvest, and aesthetic values, but also social, cultural, scientific, and genetic ones. The Department manages furbearers and their harvest in order to benefit wildlife populations and to ensure a long-term return from the animals to humans.

There is no open season for lynx, wolverine, or fisher.