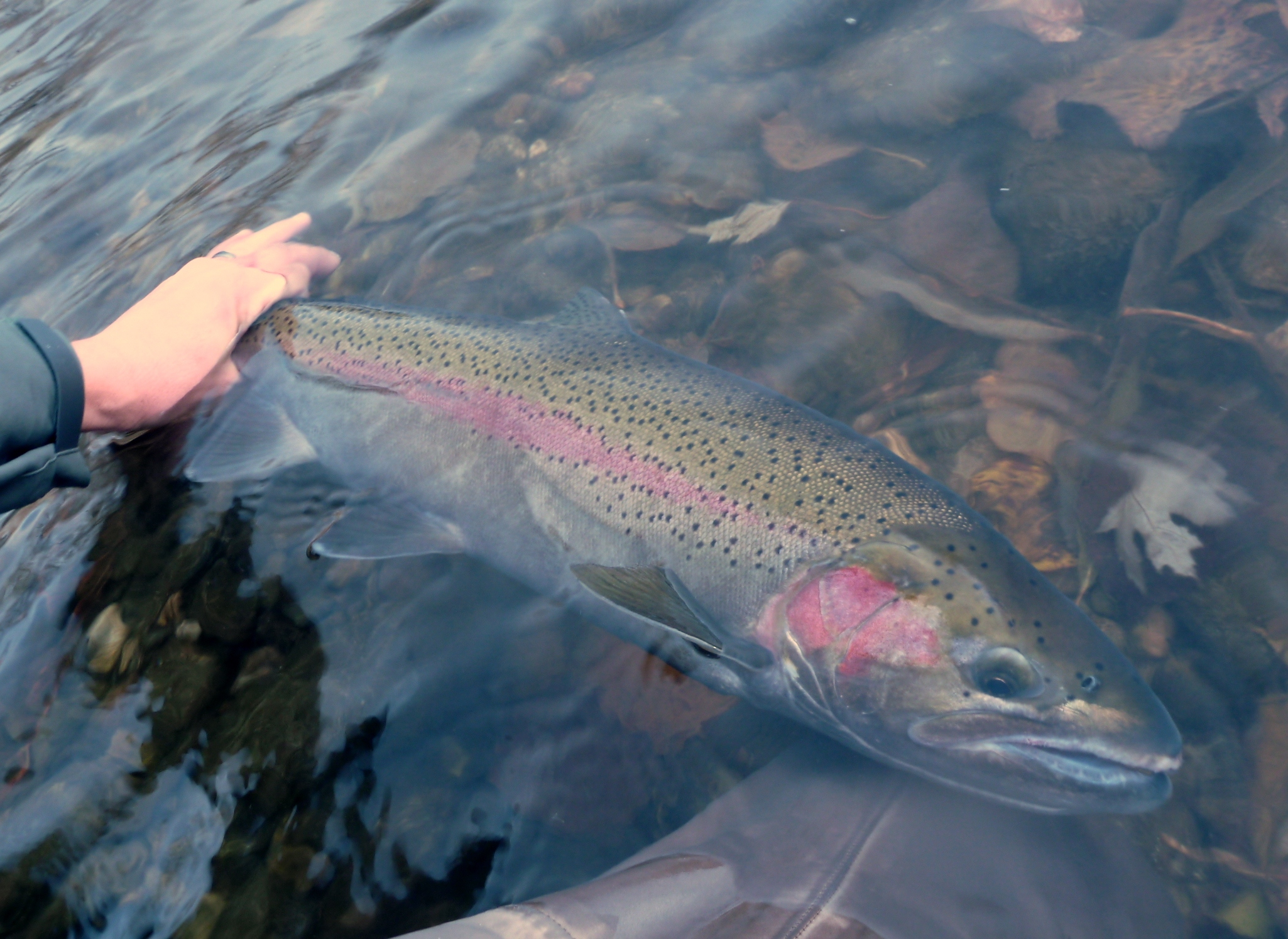 An extremely small number of steelhead returning to Idaho so far has prompted Fish and Game to reduce the bag limit on adipose-clipped hatchery steelhead to zero – closing all rivers to harvest for the fall steelhead season.

Through Aug. 14, about 400 steelhead have crossed Lower Granite Dam about 30 miles downstream from Lewiston. The 10-year average for that date is about 6,000 steelhead.  Regardless of the size of the hatchery return, anglers have been required to release any wild fish caught since 1987. Catch and release of wild fish is an important conservation tool to protect them, and it continues this year.

Closing harvest of hatchery steelhead while leaving it open for catch-and-release fishing will also help ensure enough broodstock return to steelhead hatcheries to produce the next generation of fish.

Although only a fraction of the steelhead run has crossed Lower Granite Dam, fisheries managers are tracking the run as it moves upstream.

Historic run data shows that by Aug. 15, about half of the fish should have already crossed Bonneville Dam on the Columbia River, which is the first dam where the fish are counted. Through Aug. 14, only 3,900 Idaho steelhead have crossed Bonneville. 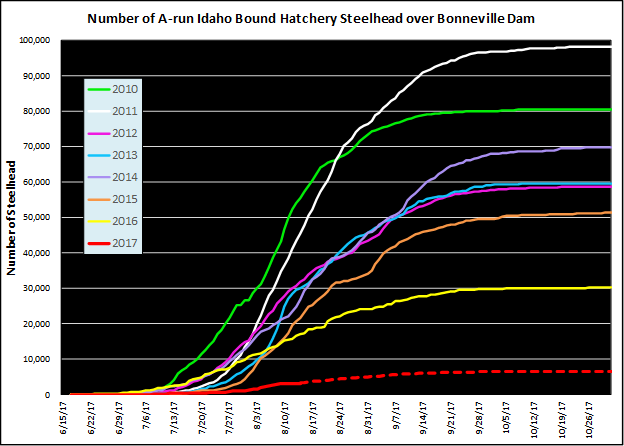 Fisheries managers are carefully watching steelhead returns, and if there’s an unexpected increase, harvest can be reopened, but at this point, that’s very unlikely. Washington and Oregon have also restricted steelhead harvest for anglers in the Columbia River to protect Idaho-bound fish.

“We realize steelhead anglers will be disappointed, and many will choose not to fish this fall as a result of the decision to close harvest,” said Lance Hebdon, Fish and Game’s anadromous fish manager. “We will continue to monitor hatchery and wild steelhead returns as the run continues to determine if changes are needed.”

Fisheries managers say they're aware some people are concerned about the possible effects of allowing catch-and-release angling on a small return.

“Based on our experience, catch-and-release fishing has proven to be an effective conservation tool, and we’ve been able to allow it in the past while still protecting a below-average return of wild fish,” Hebdon said. “We realize that catch and release is not zero-impact, but it is very low impact. With the expected reduction in angler participation, we are confident that the protection is there. We have documented populations rebounding even with a limited number of spawners.”

Every year’s run of adults is produced by at least two years of outmigrating young fish, which provide a buffer during years of poor returns. 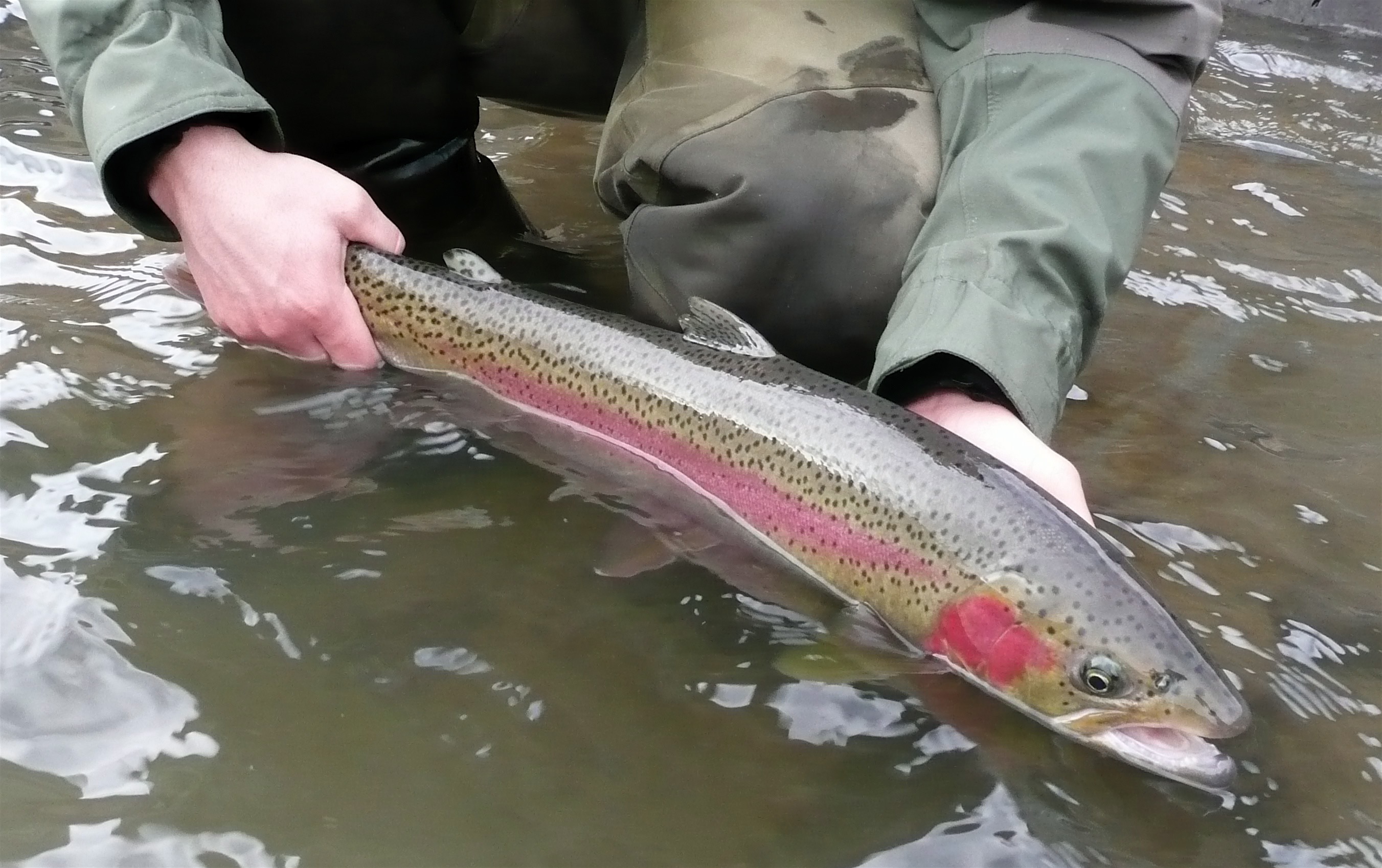 Fish managers know that fewer people fish for steelhead when the run is small, and even fewer will fish because harvest is not allowed. But it’s important that anglers practicing catch-and-release treat all steelhead with care and release them with minimal handling. Here are some tips for properly releasing fish unharmed.

Idaho’s steelhead runs typically fluctuate from year to year, but what makes this year unusual is an exceptionally small hatchery return at the same time as a small wild run. The 1996 steelhead run, for example, had only 7,600 wild fish, but they combined with 79,000 hatchery fish.

Fish and Game has only closed all steelhead fishing (harvest and catch and release) once in the last 43 years. Harvest restrictions and length limits have been implemented in the past for the Clearwater River, Snake and Salmon rivers to adjust for low returns. Although harvest is closed, steelhead anglers are still required to have a valid steelhead permit.

Fisheries managers are hoping this is a short-term situation. All salmon and steelhead runs to Idaho this year have been below average, and small runs were forecasted based on early indicators last year.

Portions of this steelhead run migrated to the Pacific in 2015, which was a low-water year with early hot weather that produced hazardous river conditions for young fish leaving Idaho. Ocean productivity was also poor that year, which persisted in 2016, and made conditions even more difficult for fish. 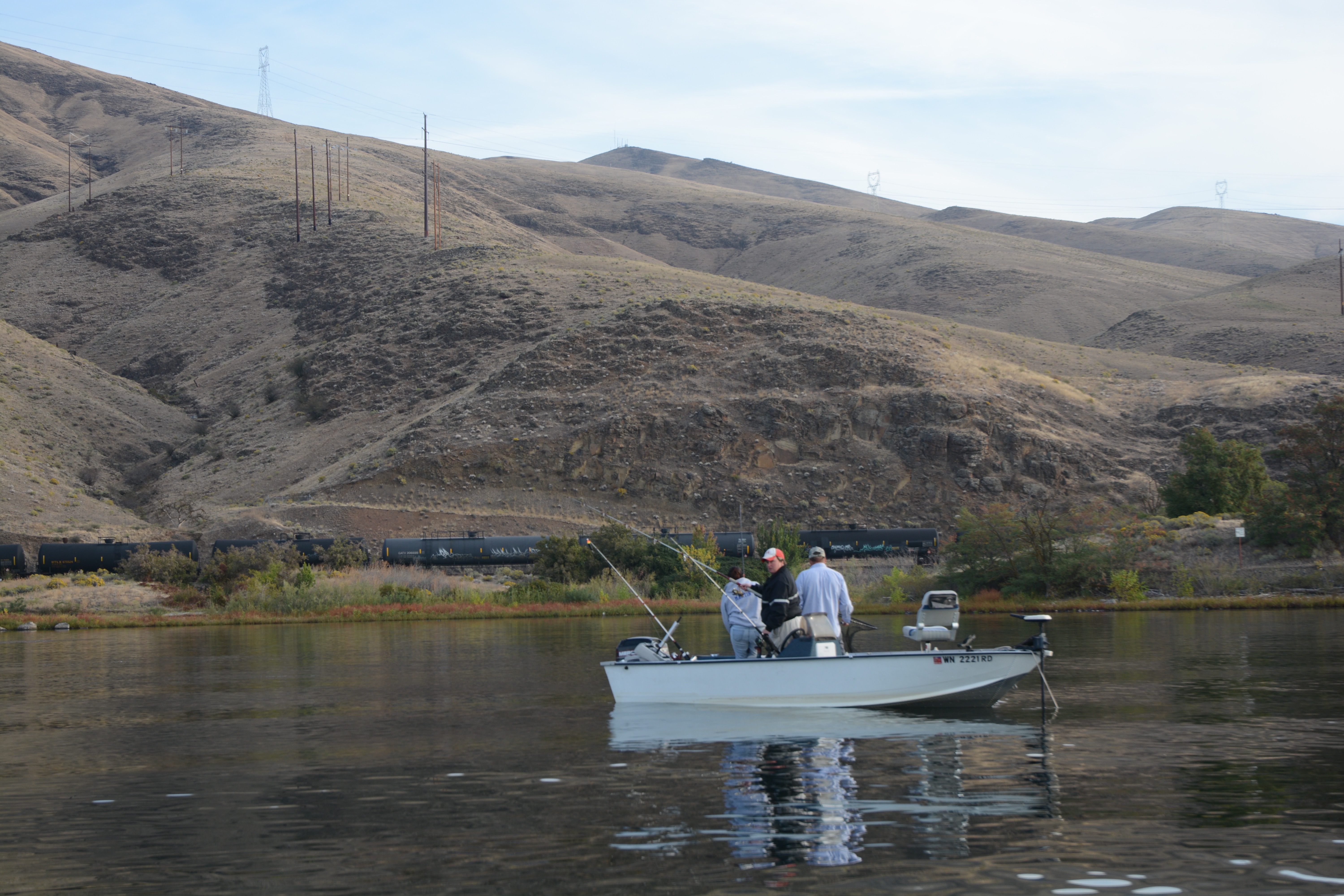 While closing the harvest for adipose-clipped steelhead could put a damper on fall fisheries, an abundant run of fall chinook returning to Idaho will provide some good fishing opportunity. The forecast is for 27,000 chinook, and those fish are now arriving.