Help from the public is critical in fighting wildlife crimes

A simple call to Idaho’s Citizens Against Poaching (CAP) hotline of reported illegal wildlife crimes in Custer and Blaine counties, resulted in multiple-year hunting, fishing and trapping license revocations, jail time, and thousands of dollars in fines and restitution to the state.

Missouri residents Grifen Whiteside, age 21, and Dylan Davidson, age 25, pled guilty to six misdemeanors in Custer County and each received a 15-year license revocation, served 14 days in jail, received 10 years of probation and were fined $2,325. A third accomplice, Sydney Wallace, age 20, also of Missouri, received a one year hunting, fishing and trapping license revocation and was fined $715. Final sentencing for the trio concluded the summer of 2021.

The lengthy investigation began August 14, 2019 when Idaho Fish and Game Conservation Officers John Beer and Malcolm Clemenhagen discovered a dead pronghorn buck near Pettit Lake Road south of Stanley. Initially thinking the buck may have been accidently struck by a vehicle, the officers investigated but soon discovered a small caliber bullet hole in the hide, but no bullet. 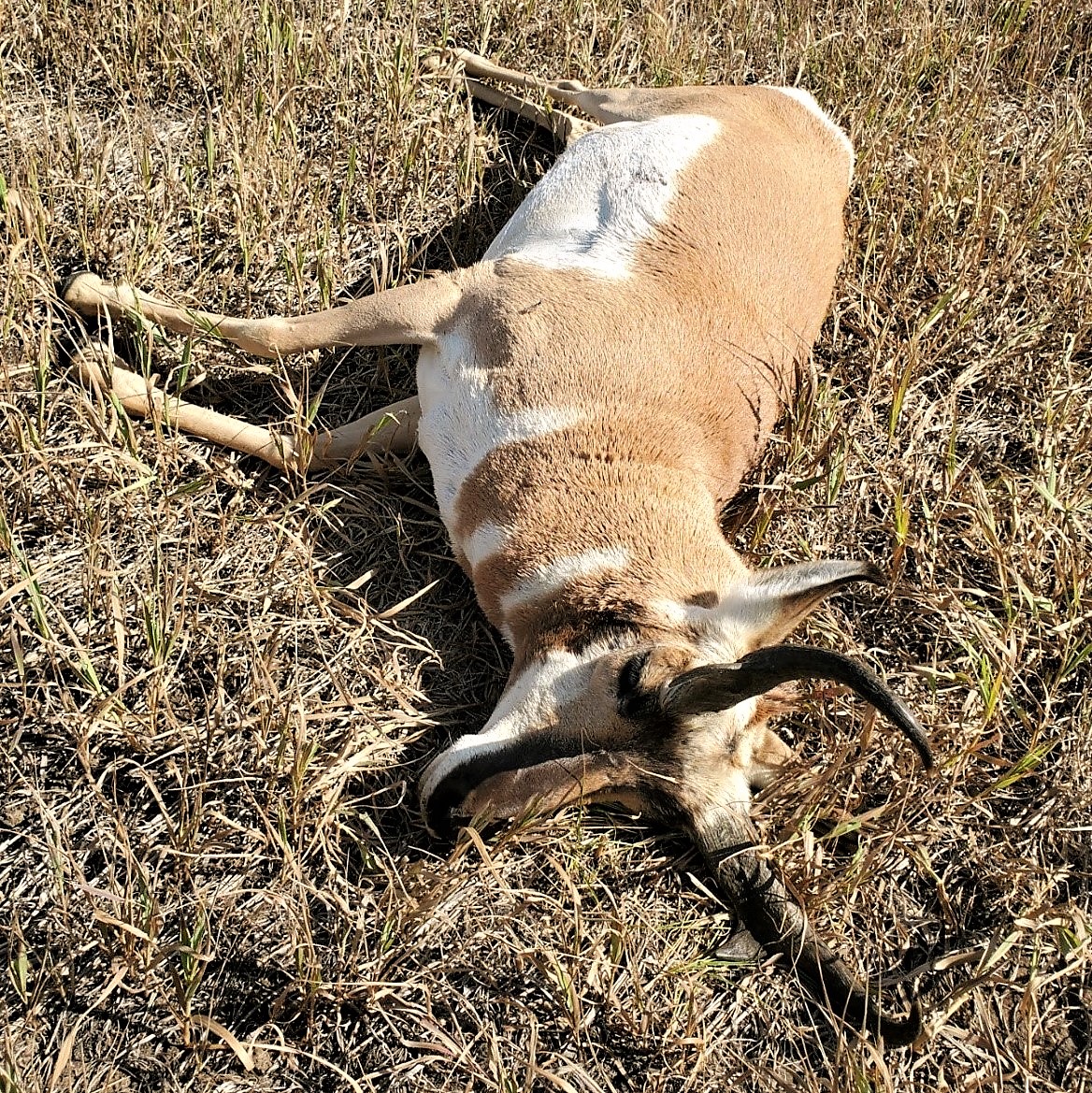 No bullet, no boot tracks or shell casings, and only a rough estimate of time of death gave the officers little to go on. The shooter also left the entire carcass, leaving no physical evidence that would connect them later to the crime.

Fish and Game quickly alerted the media encouraging anyone with information of the crime to call the CAP hotline, where rewards are available and they can remain anonymous.

Later the same week, the officers received information from CAP of a caller who reported they knew the people involved in the crime and personally observed cell phone photographs and video of the suspects illegally shooting even more animals. The caller also provided another witness’s name, who later confirmed the initial witness’s report plus more critical details. According to the second witness, Whiteside admitted to shooting the pronghorn and that Davidson and Wallace were visiting from Missouri and that he purchased a small caliber .17 HMR for the poaching spree.

“Our only hope was that someone with more information would report it,” said Beer. “It was our Hail Mary, but thankfully it paid off.”

After meeting with both the concerned citizens, the officers checked the Fish and Game’s license data base and determined that all three suspects did not bother to purchase Idaho hunting licenses for 2019.

Both officers worked with Missouri Department of Conservation Agents to set up interviews of the suspects and conduct search warrants simultaneously in Missouri and Idaho. Idaho officers interviewed Whiteside and seized the rifle and his cell phone, while Davidson admitted to Missouri Agents that the trio “shot at 15 pronghorn and about 10 deer,” including the pronghorn found near the Pettit Lake Road.  It was also admitted that they did not make any attempt to see if they had hit or killed any of the animals they shot at. Cell phones were also seized from Davidson and Wallace.

Based on additional interviews and researching extensive digital evidence collected from the suspect’s phones, Idaho officers continued their investigation by searching multiple locations in Custer and Blaine counties with both a K9 dog and drones. At the conclusion, officers and prosecutors proved the trio was responsible for illegally killing two pronghorn, two red fox, a duck, an osprey, three chipmunks, two ground squirrels, and a Chinook salmon.

“It seems the three shot at anything that moved,” Clemenhagen said. “It was a shocking reminder of what some people are capable of.”

Davidson was charged with two felonies and multiple misdemeanors in Blaine County, but his days in court were not over.  While his court case was ongoing in Blaine County, a condition of his release was that he not hunt, fish or trap in any state. However, Missouri Conservation Agents determined that he recently harvested a deer and multiple ducks in Missouri, a violation of his probation. Davidson was arrested on the probation violation, and as part of his plea deal in Blaine County, he received a lifetime Idaho hunting, fishing, and trapping license revocation, an additional 30 days of jail to serve, three year probation extension, and over $7,700 in fines, penalties and restitution.

But the three Missouri violators didn’t just lose their Idaho hunting privileges, they won't be hunting in 48 other states.  Idaho is a member of the Wildlife Violator Compact, meaning that if an individual’s hunting, fishing or trapping license is revoked by any of the 49 member states, all the remaining states will revoke the same license or privilege for the same time period.

“The teamwork between Idaho and Missouri led to a successful prosecution, but the citizens who reported the crimes are the real heroes,” said Clemenhagen. “Without those calls, this case would not have been made.”

The two individuals involved in the initial report to CAP each received enhanced rewards of $1,100.

“Both witnesses went above and beyond what we would typically hope for or expect, and CAP adjusted the rewards to reflect that,” Clemenhagen said.

Anyone with knowledge of any illegal wildlife activity are encouraged to contact their local conservation officer, the Citizens Against Poaching Hotline (208)-632-5999), or any law enforcement authority.