Although there are spring, summer, and fall runs of Chinook Salmon in Idaho, there is only one season for steelhead. For steelhead, it is always summer! Why are Idaho steelhead called “summer steelhead?” It has to do with when they leave the ocean and return to the Columbia River on their way to their home streams in Idaho. 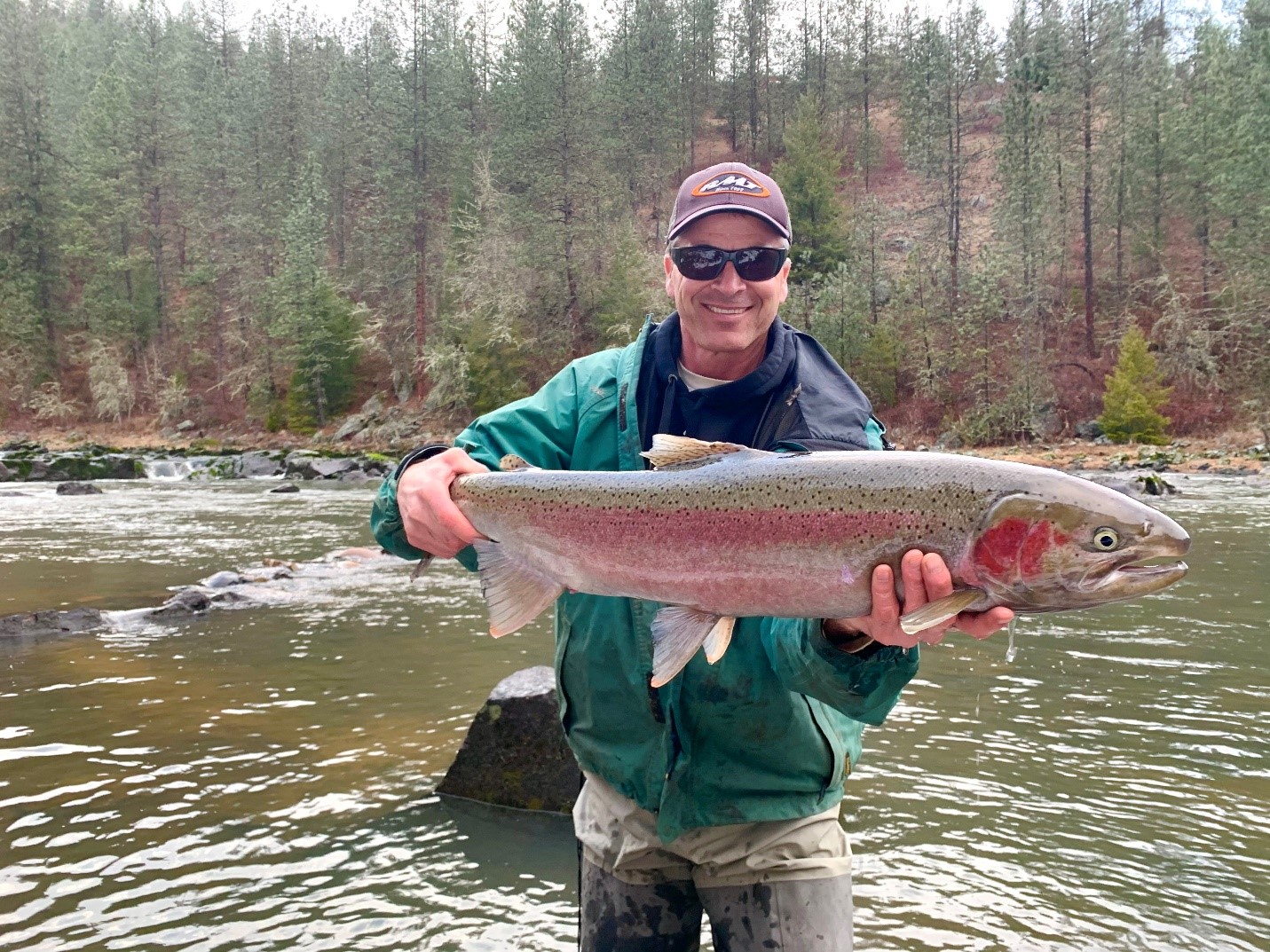 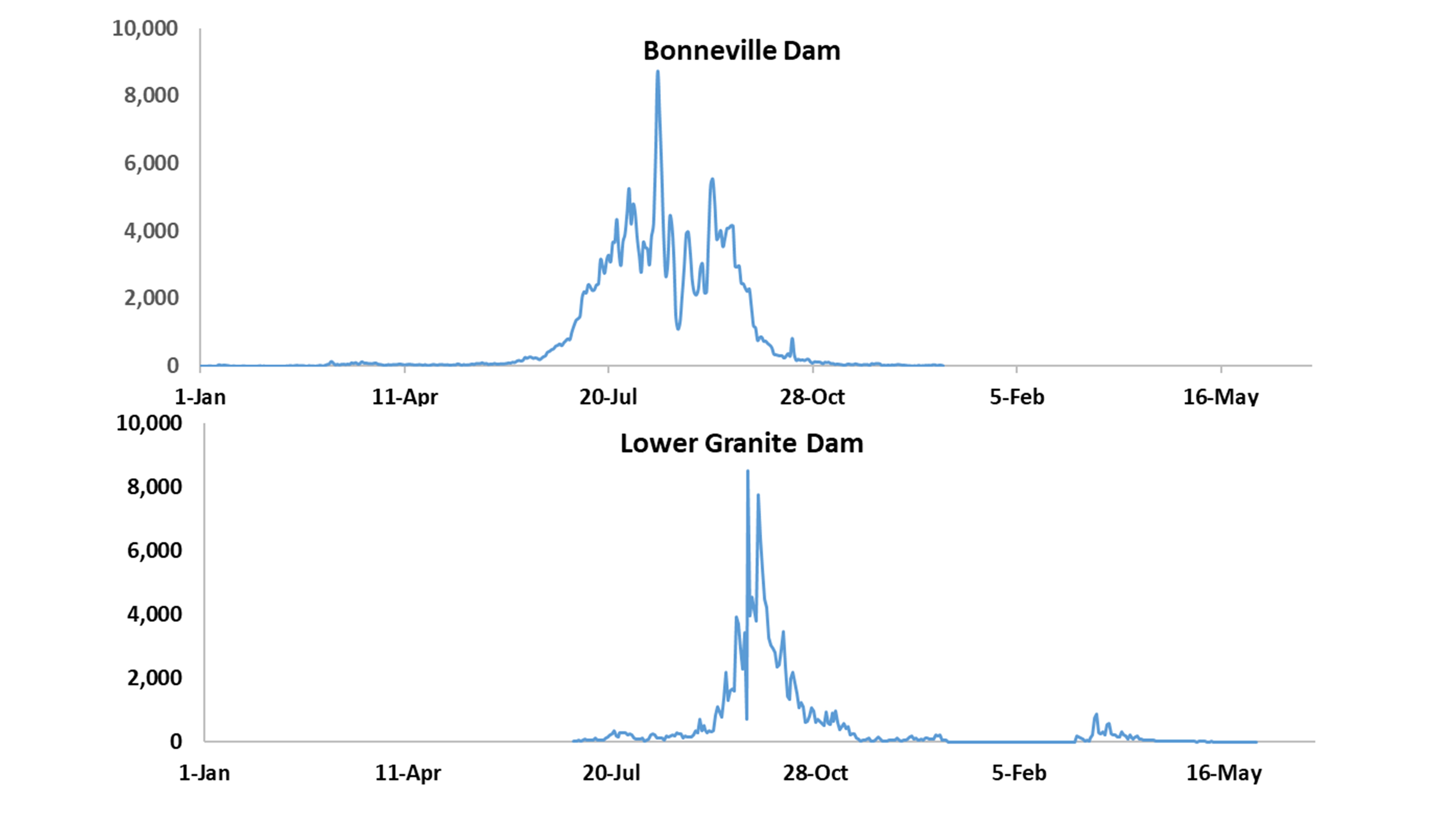 We begin our count of Idaho’s summer steelhead at Lower Granite Dam on the Snake River, the last dam these fish must pass before entering Idaho. The early arriving steelhead tend to migrate more slowly after passing Bonneville Dam than those arriving later, so the window of time when most steelhead pass Lower Granite Dam is shorter than downstream at Bonneville Dam. As the water temperature cools in late fall, steelhead slow their migration and seek shelter in deeper pools to spend the winter. When temperatures begin to warm in the spring, steelhead restart their migration upstream, and we see a small bump in the counts of steelhead at Lower Granite Dam as the latecomers arrive.

Finally Idaho steelhead enter their home streams to spawn from March through May. Although anglers in Idaho fish for steelhead during fall, winter, and spring, in a way they are enjoying summer! 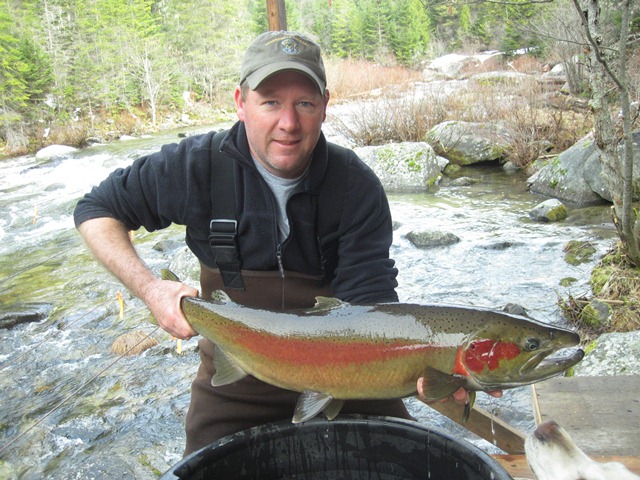