Here's where Idaho's ducks come from

When temperatures fall in December and January, duck hunting in Idaho — particularly in the southwest part of the state — often heats up with the arrival of “northern birds.” But exactly where in the north are these birds coming from? Generally speaking, the likeliest answer for Idaho hunters is Alberta.

In a 2017 study, researchers at the University of Minnesota and the California Department of Water Resources shed some additional light on where dabbling ducks harvested in the Pacific Flyway originated. Using abundance, banding and harvest data from throughout the Pacific Flyway, as well as other important source areas in the neighboring Central Flyway, researchers were able to estimate where ducks came from and where they were harvested over the course of about 50 years, from 1966 to 2013.

Over that time, 38 percent of the most common dabbling ducks harvested in Idaho, which include green-winged teal, wigeon, pintails, mallard, gadwall and wood ducks, came from Alberta, followed by Idaho (17 percent) and Montana and the Dakotas (13 percent). 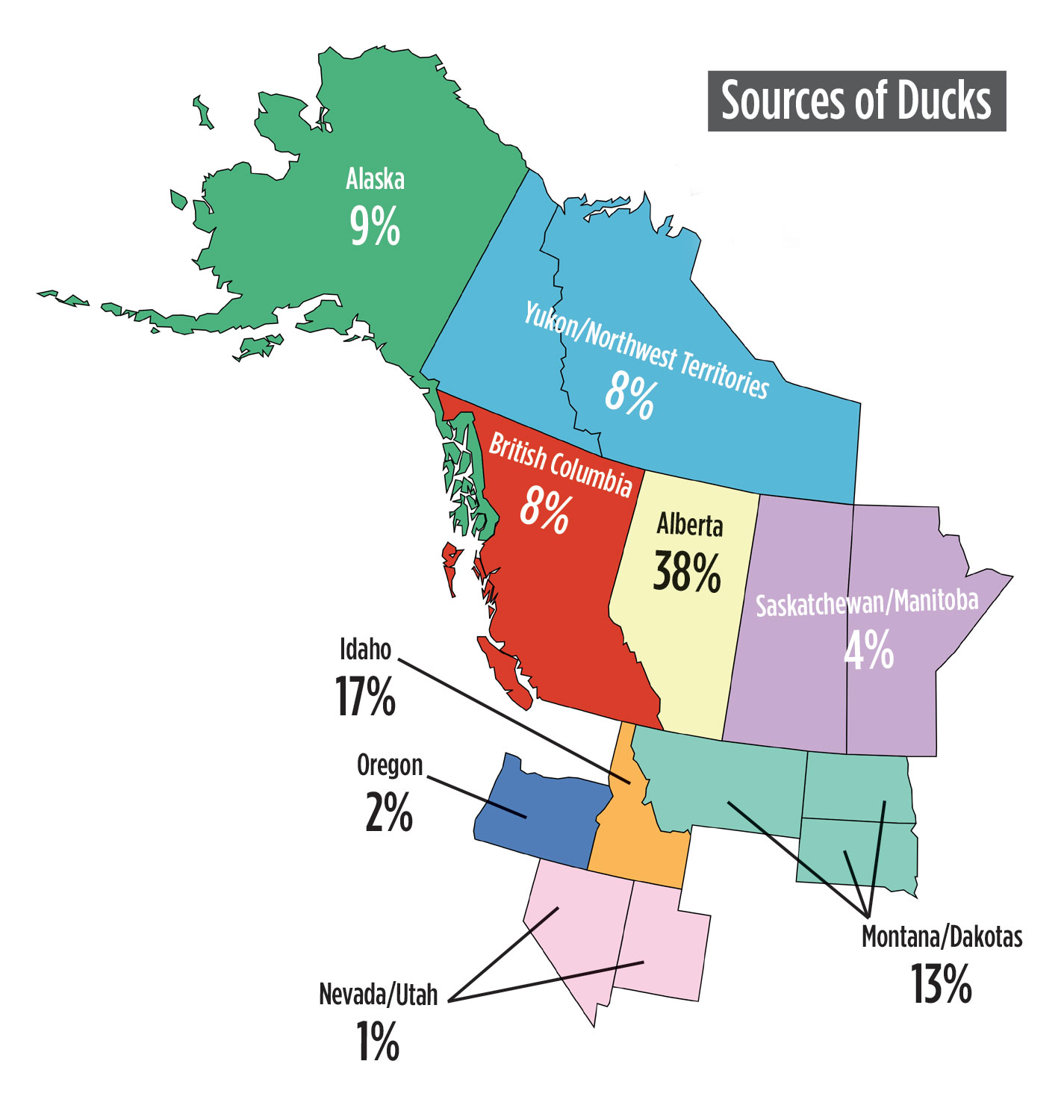 More than three-quarters of all dabbling ducks harvested in Idaho are mallards, and Alberta is Idaho’s largest source for the species.

What about the ducks that originate in Idaho? Of the mallards banded in Idaho, 62 percent are harvested within the state. California hunters harvest more Idaho-origin wood ducks (45 percent) than anywhere else in the flyway, followed by Idaho (24 percent).

Here are more highlights from the study for Idaho’s waterfowl hunters:

To see the study for yourself, check out "Distribution and derivation of dabbling duck harvests in the Pacific Flyway."

Waterfowl bands have a special place in waterfowl hunting, and they are part of a long-running program where wildlife managers trap waterfowl, usually during late summer, and place small metal bands on the legs of ducks and geese to track migrations and populations.

As those banded birds migrate, they are frequently harvested by hunters, recaptured by researchers, or eventually found dead from other causes, and the information on the band is relayed back to the U.S. Geological Survey and entered into a database. This banding data, in addition to breeding population estimates and harvest data, were the backbone of this study. 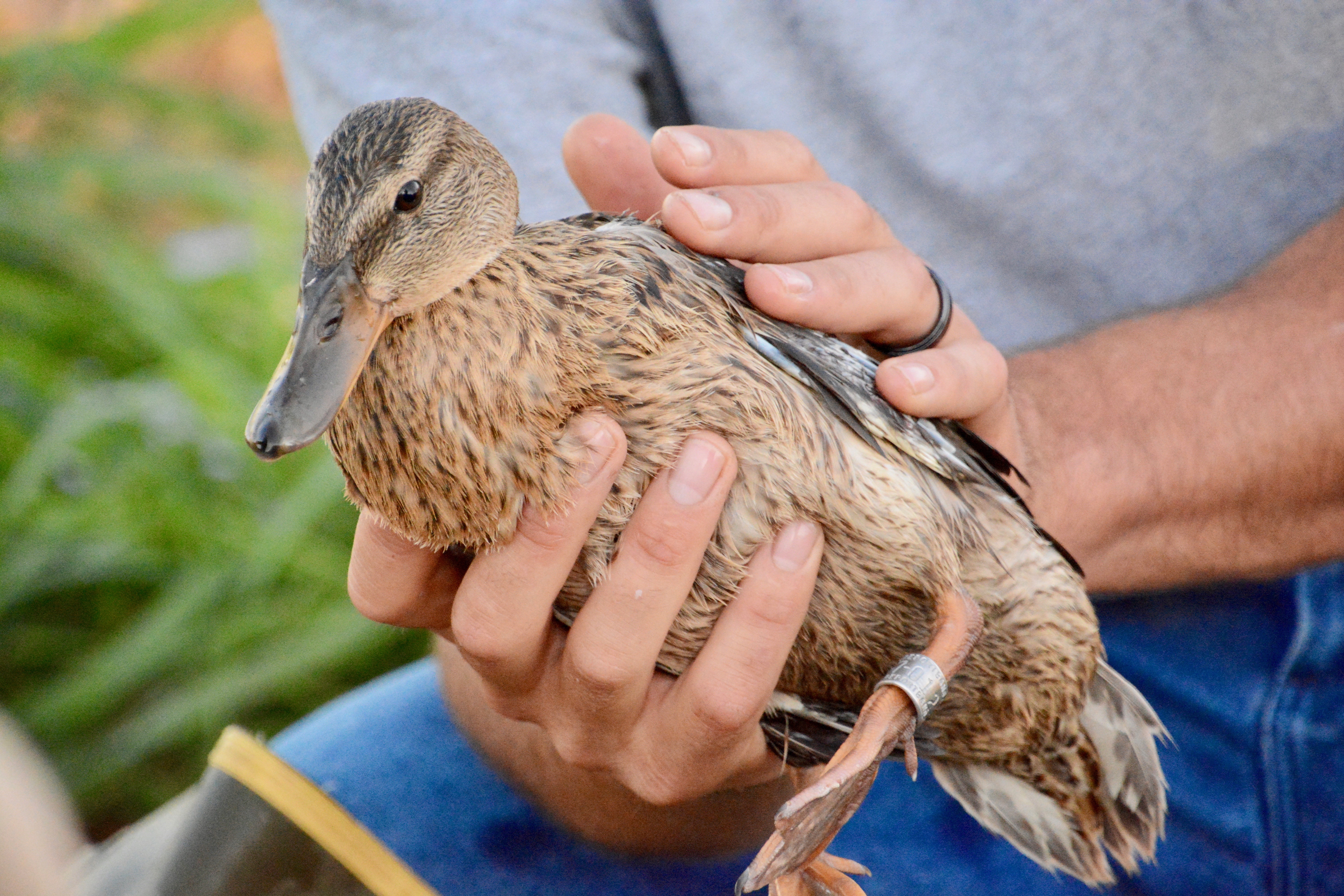 In Idaho, F&G staff traps and bands thousands of ducks across the state as part of this federal program, and the state's hunters are responsible for reporting thousands of bands from the birds they harvest.

“This is really a tremendous example of successful citizen science. By reporting waterfowl bands, hunters have really helped us gain a ton of valuable information on waterfowl, not just for migration, but also on harvest, survival, and reproduction," said Jeff Knetter, Idaho Fish and Game's upland game and migratory game bird coordinator. "The information that hunters provide when they report the banded birds they harvest plays a direct role in developing appropriate hunting regulations and conservation strategies for waterfowl.”

If you've shot a duck or goose with a band, you should report it by going to reportband.gov, and you can become part of the circle of research and information that is key to ensuring healthy populations of waterfowl for the future. After reporting, you will receive a certificate of appreciation that includes where the bird was banded and how old it was at the time of banding. 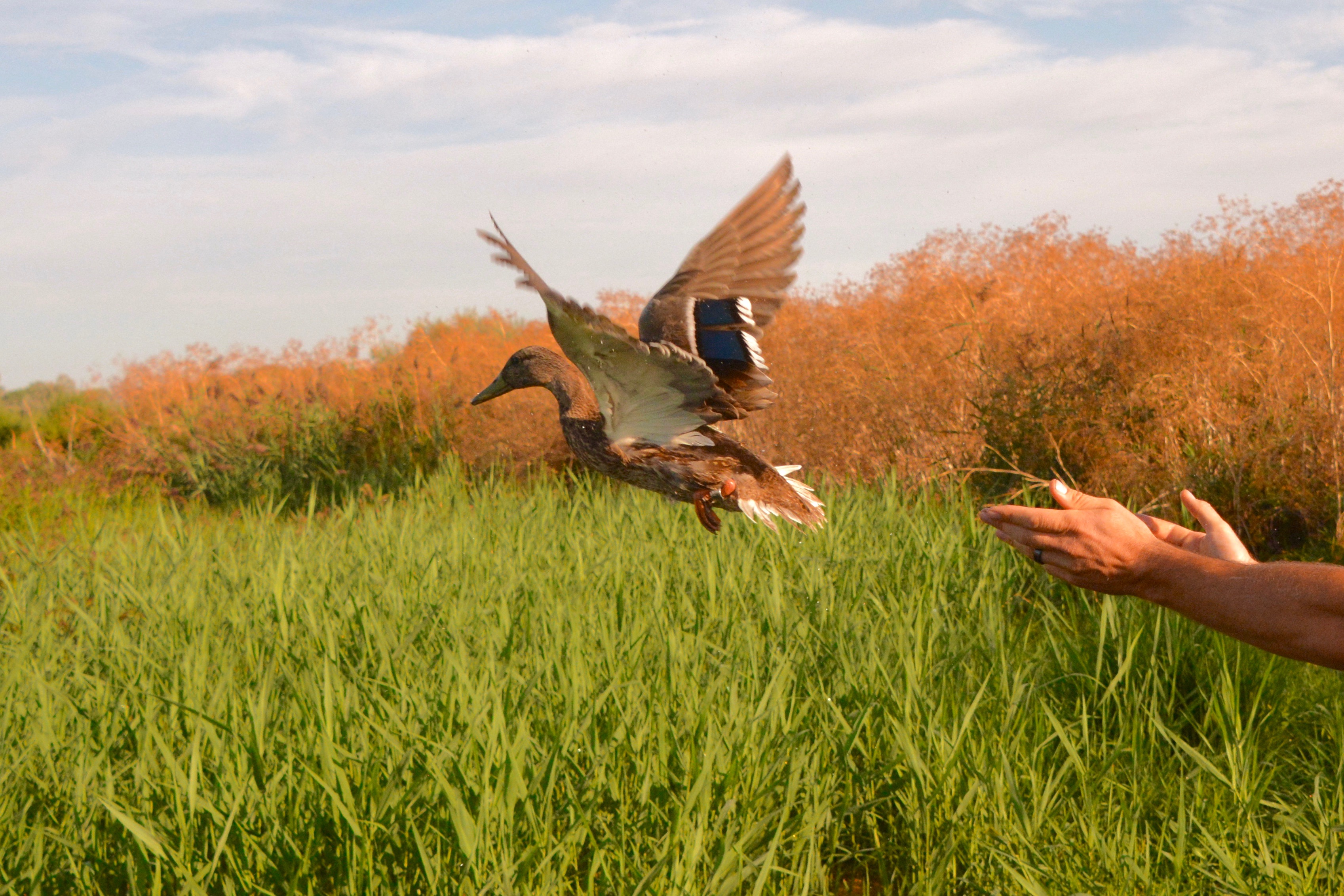