Late winter is a critical time for survival

While days are getting longer and temperatures are gradually warming, the Wood River Valley likely still has some cold and snowy days ahead, which will be some of the toughest for wintering big game animals.

In late winter, wildlife begins to draw upon the last of the fat reserves they built up during summer and fall. Conserving the remaining reserves becomes critical, and disturbances can mean the difference between an animal surviving winter, or dying before spring green up. Among the potential stressors for wintering wildlife is human interactions.

Elk, mule deer and moose have wintered in the Wood River Valley since long before people occupied the area. It is people’s responsibility to be mindful of wildlife and do their part to help them survive into spring by following these tips for coexisting with wintering wildlife:

The Magic Valley Winter Feeding Advisory Committee (WFAC) and Idaho Fish and Game have been carefully monitoring weather conditions in the Wood River Valley and its effects on wildlife, and at this point, no widespread emergency winter feeding has been declared in the area. There are a select number of feeding sites in the Wood River Valley, which were set up to reduce conflicts with agriculture. Here is more information on winter feeding throughout the state.

During the last week in February, Fish and Game staff conducted a ground survey to determine where elk and deer are located, and observed elk and deer body conditions. Craig White, Fish and Game supervisor for the Magic Valley Region, said that conditions of most adult elk and deer appeared to be good, and that they are fairly well dispersed across their winter ranges. He added that the young animals of the year are more stressed, which is typical.

“The end of February dumped a lot of precipitation in an unusual pattern,” White said. “Prior to that pattern, however, it had been a relatively mild winter for deer and elk.”

Fish and Game and the Magic Valley’s advisory committee will continue monitoring the conditions in the Wood River Valley and take action if needed, but officials are optimistic wide-spread emergency winter feeding won’t be necessary.

There are a number of reasons Fish and Game does not start widespread feeding unless certain emergency criteria are met.

First, winter conditions do not typically create a “lack of feed” issue for game as much as a “fat burning” issue. Ongoing research shows that if animals, especially fawns and calves, enter winter with a sufficient amount of fat, they can survive the winter months with little additional feed – so long as they have access to critical winter range that provides refuge from disturbance, cold temperatures and deep snow.

Second, winter big game feeding can have negative impacts. When animals congregate at feed sites in large numbers, the transmission of diseases is enhanced. Concentrated animals also aggressively compete for feed, and young and weak animals that need it most often lose out to fitter adults.

Animals concentrated at feeding sites can also attract predators because they are able to hunt in one specific area that has consistent prey.

There can also be long-term consequences for natural forage in the immediate vicinity of a feed site if it becomes overused and damaged, and it may not recover, especially if the same feed site is used for wildlife feeding year after year.

Feed sites can short stop animals and discourage them from following their traditional migratory routes. Animals will become accustomed to the feed sites and begin looking for them year after year rather than return to their traditional native winter range.

While residents might be tempted to feed wintering big game animals themselves, Fish and Game does not advise it. Unauthorized winter feeding or baiting efforts by the public should not be conducted because it can create more problems than it solves.

At this time of year, some animals are beginning to experience malnutrition, and if they are presented with overly abundant or rich foods, they can also become sick.

While some residents in an area support feeding wildlife, others do not, and animals that concentrate in certain areas can quickly get into trouble.It is more beneficial to wildlife to give them space and allow them to occupy the areas they have spent most of the winter in already.

If you have any concerns about wintering big game animals in the Magic Valley Region, issues with wildlife depredations, or questions about winter feeding, contact the regional Fish and Game office in Jerome at (208) 324-4359. 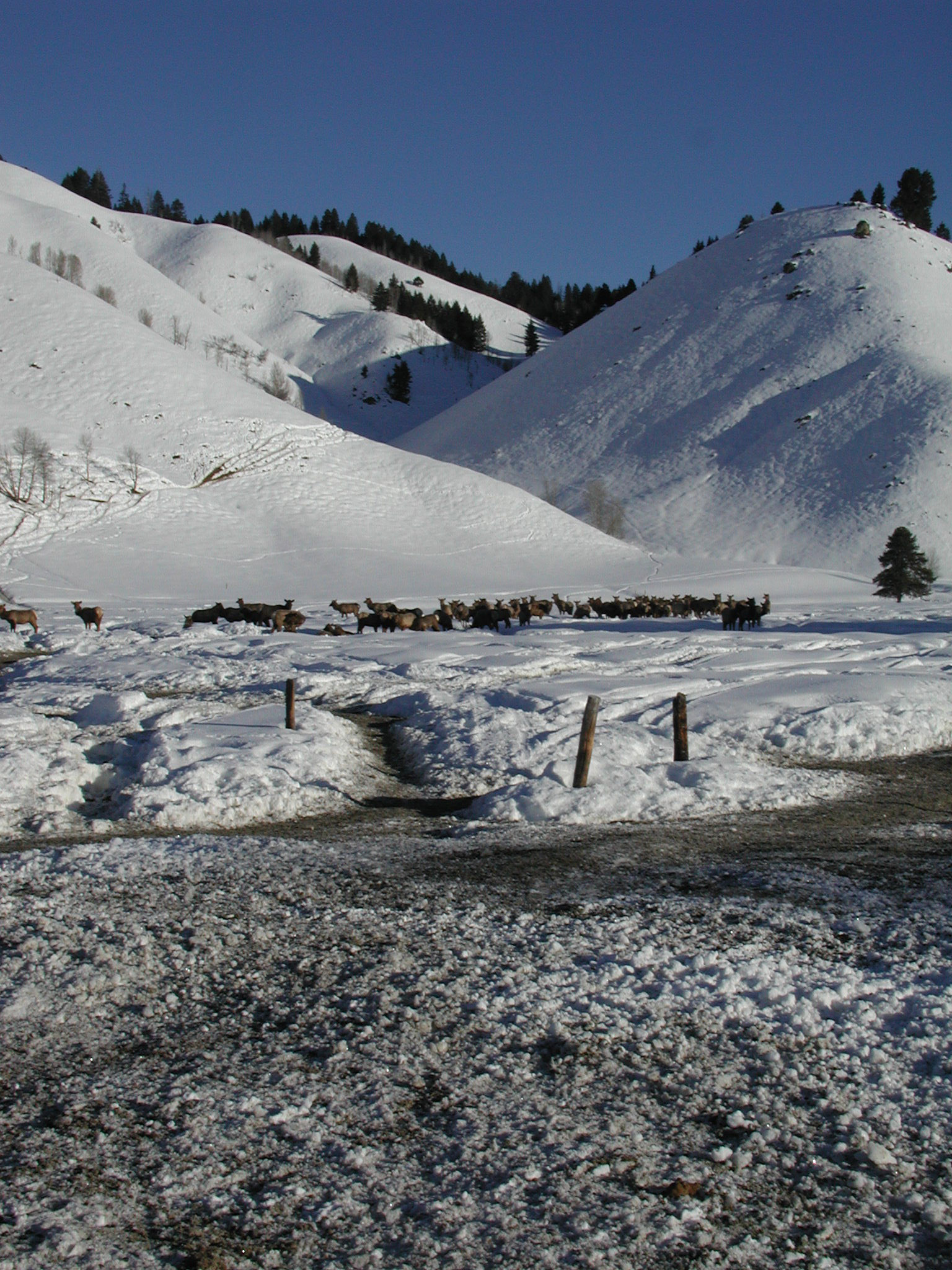