Just two weeks ago, a group of eight elk died in the Boise foothills after feeding on Japanese yew plants. This week, a herd of 50 pronghorn antelope have been found dead in the town of Payette, victims of the same toxic shrub.

The pronghorn were reported to Fish and Game staff early Tuesday afternoon, January 17th; conservation officers located the 50 animals in one large scattered group later that day. Cause of death was not immediately evident, and four of the carcasses were transported to the Fish and Game Health Laboratory for evaluation.

Fish and Game wildlife veterinarian Dr. Mark Drew confirmed the cause of death on Wednesday. “All four animals were in good body condition, but with congested lungs and kidneys,” Drew noted. “All had Japanese yew twigs and needles in their esophagus and rumen; cause of death was yew toxicity.”

Earlier in the week, a larger herd of pronghorn bedded on an ice jam in the Snake River, crossing to the Idaho side on Monday near Centennial Park. They then moved south along the river towards Payette Pond. “There are a number of residences along this route where they may have encountered the shrub,” Fish and Game conservation educator Evin Oneale said. “Like other big game species that graze on Japanese yew, they died quickly after ingesting the plant.” 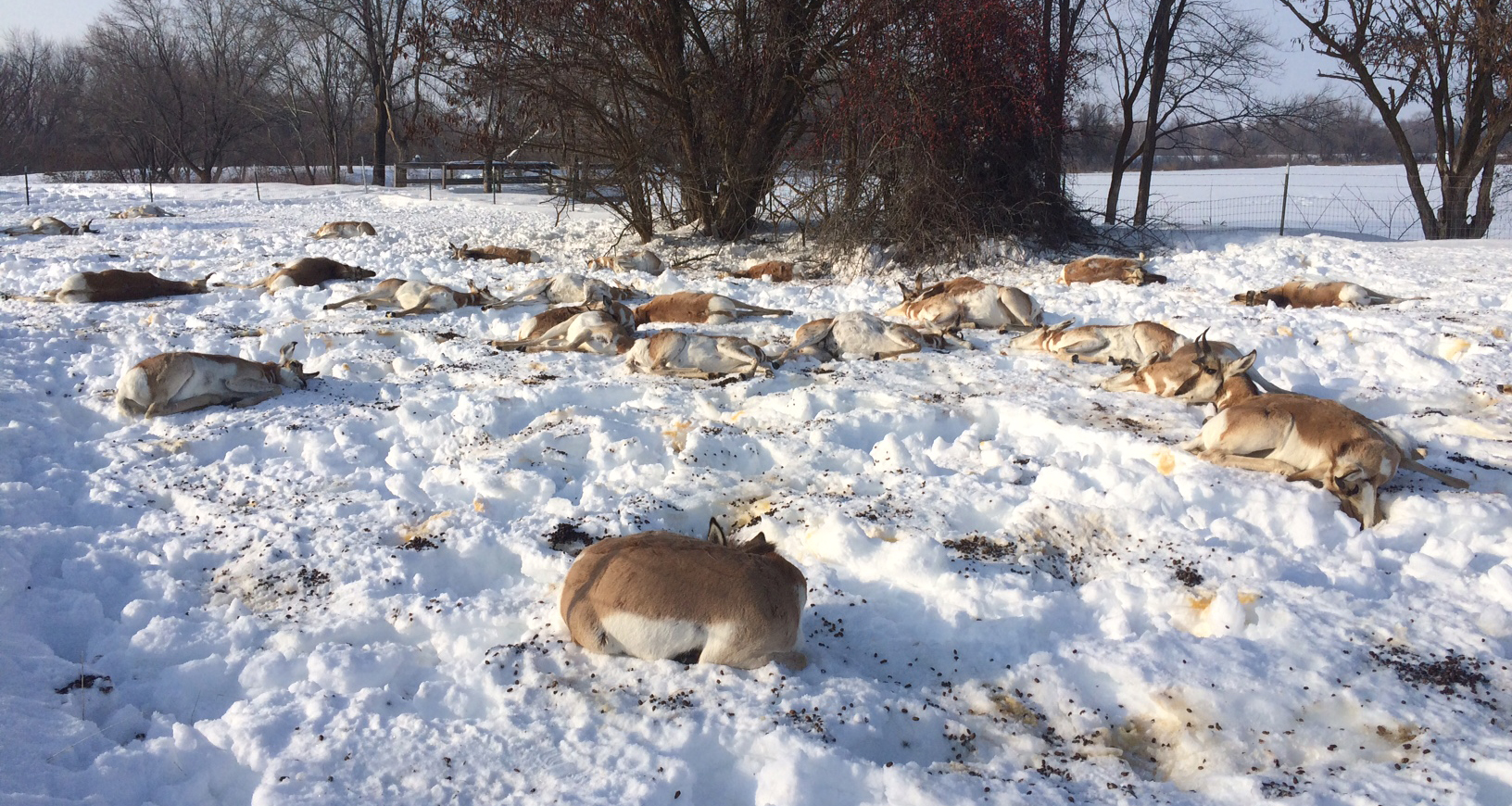 Japanese Yew or Taxus cuspidata is a common landscaping shrub, despite the fact that its soft, waxy needles are fatal to a variety of species, including elk, moose, horses, dogs and even humans. In some locations, this year’s winter weather is pushing big game animals into more urban neighborhoods increasing the likelihood that Japanese yew plants will be encountered.

Because of the risk to big game animals, the department urges homeowners to inventory their property and remove and landfill any Japanese yew that might be growing at their residence. Alternatively, the plants can be wrapped with burlap to prevent access by big game animals.