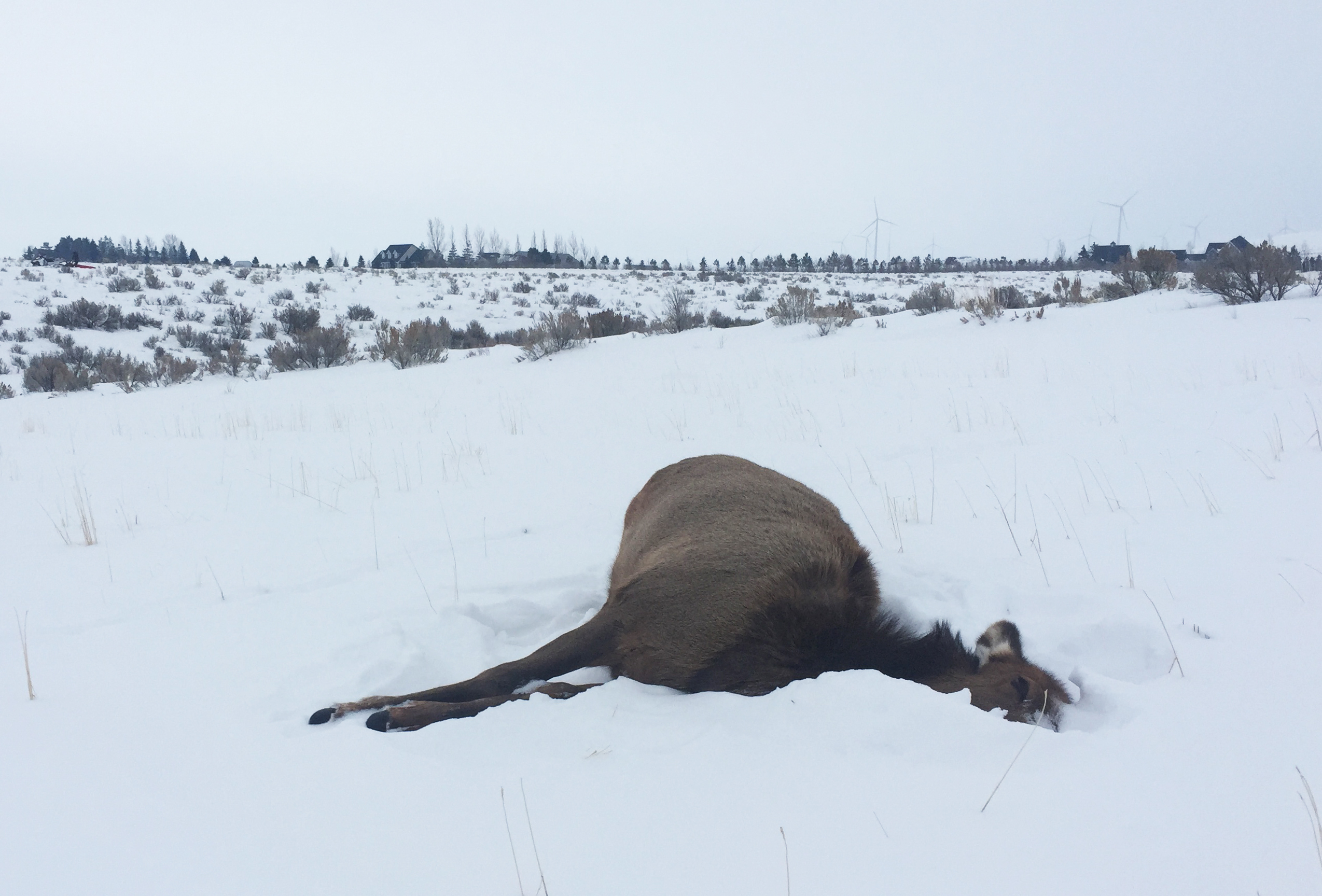 IDAHO FALLS-Eight elk outside of Idaho Falls were added to the roster of known wildlife mortalities so far this year in Idaho, which have been linked to the toxic non-native Japanese Yew plant. Wildlife lab results confirmed that all of the animals had ingested the ornamental shrub which is highly toxic even in very small amounts to many animals.

In mid-January, fifty pronghorn succumbed to the shrub near Payette, Idaho and earlier in the same month seven elk died in the Boise foothills from eating the introduced ornamental shrub that remains green all year round and is attractive to even animals that may not be starving.  In December of 2016, some domestic cattle near Burley, Idaho died from eating some Japanese Yew clippings that they had access to.   Many types of plants can be toxic to humans and certain animals, so it is important to learn what you have growing around your home.

The elk involved in this latest incident were probably some of the elk impacted by the Henrys Creek Fire east of Idaho Falls, much of which destroyed important winter range on the Tex Creek Wildlife Management Area (WMA). Feeding operations are ongoing at the WMA in an attempt to keep 3,000 -4,000 elk from getting into conflict situations with private landowners, agricultural operations, and becoming a human safety issue near roadways. As with the elk at Tex Creek, these elk that died from eating the Japanese Yew were in very good body condition and not starving.

To learn more about reducing the potential for conflict with wildlife from Japanese Yew, homeowners can call 208-525-7290.