Avian influenza could impact Idaho waterfowl hunters yet again this fall, with the virus now discovered across much of the state. Fish and Game biologists are already seeing an increase in reports of avian mortality, the suspected cause of which is high pathogenic avian influenza (HPAI).

“We are uncertain of the HPAI strain type and virulence that may impact our wildlife this fall, but we do anticipate an increase in cases over the next few months as the fall waterfowl migration progresses,” said Fish and Game Wildlife Veterinarian Nicole Walrath. “These birds have been comingling in their summer breeding grounds and will be migrating back through Idaho this fall.”

The AI strain that swept across Idaho earlier this year was extremely deadly, killing birds quickly and with notable clinical signs of neurologic impairment. 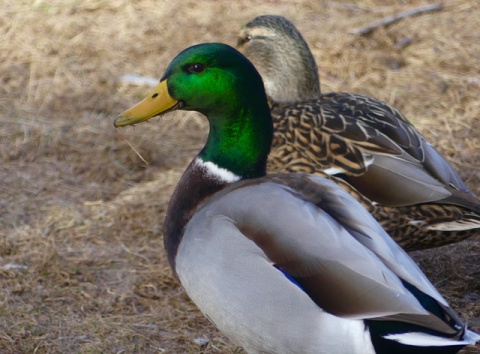 During this year’s spring waterfowl migration season, Idaho had a large number of cases of AI, primarily impacting waterfowl and birds of prey. As the summer went on, the number of cases decreased but the virus remained persistent (including detections in skunks). Idaho State Department of Agriculture has dealt with AI in domestic facilities across the state, with new detections in Caribou and Gooding counties, reported on Sept. 15, 2022.

It is also important for bird hunters and falconers to know risks associated with AI. Dog owners should be aware of the possible risks of hunting dogs getting AI from exposure to infected birds, especially dead waterfowl.

Dead and dying birds are then consumed by predators, which can start to display clinical signs of dullness and neurologic behavior. As environmental temperatures increase during the summer, the virus within these carcasses remains virulent for a shorter period of time which reduces the spread and decreases the number of cases reported.

Fish and Game welcomes reports from the public and staff regarding dead or sick birds on our online reporting app. Biologists are continuing to monitor reports for changes in locations, numbers and species affected.

Fish and Game staff are reminding the public to remain vigilant when handling birds and use proper personal protective equipment (PPE).

Fish and Game will continue to assist USDA Wildlife Services in acquiring their target number of samples from waterfowl, usually sampling at WMAs.