If you like fried chicken, you'll love fried rabbit 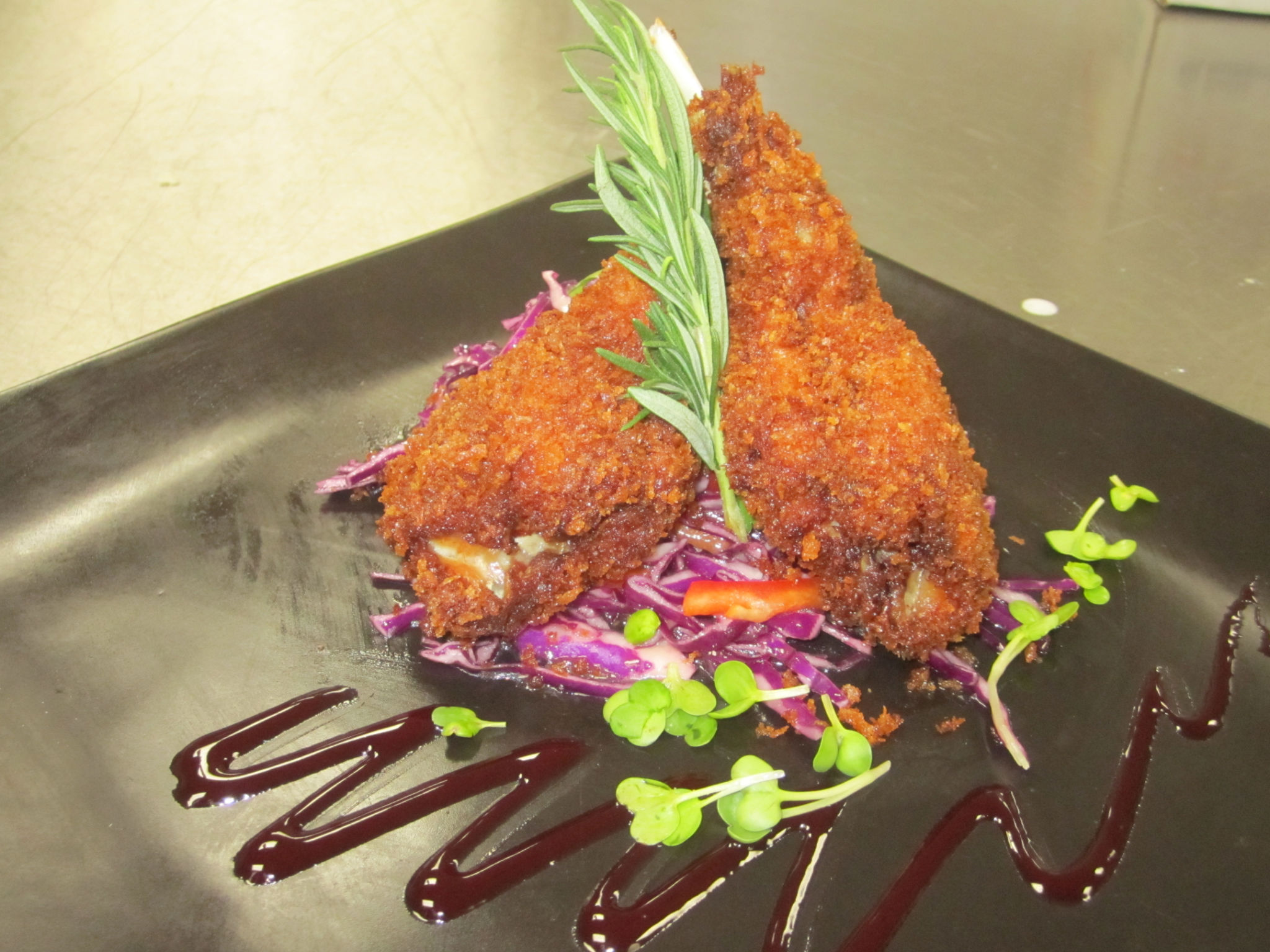 The 20 gauge looks huge next to my oldest boy. The single shot is his now, a gift from grandpa, and he is trying to harvest his first rabbit. Or hare. Or, whatever. The goal is for something that hops, has big ears, and eats well.

My son and I are not silent walking through the waste-high sagebrush. We are deliberately trying to spook the cottontails into running, or at least moving. It is almost impossible to sneak up on rabbits; those ears are highly tuned to locate predators. Unless you are a ninja the rabbit will probably hear you approaching before you see it. However, the nice thing about cottontails is that they typically only run short distances when they are not being pursued. That said, a running shot is common, and is why I prefer hunting rabbits with a shotgun.

The boy finally lands a shot on a rabbit stopped under a tall bush. There is always an emotional reckoning with any harvest – especially the first, but the proud glow in his eyes as he hoists his first rabbit lets me know he is ok with hunting for his own food. 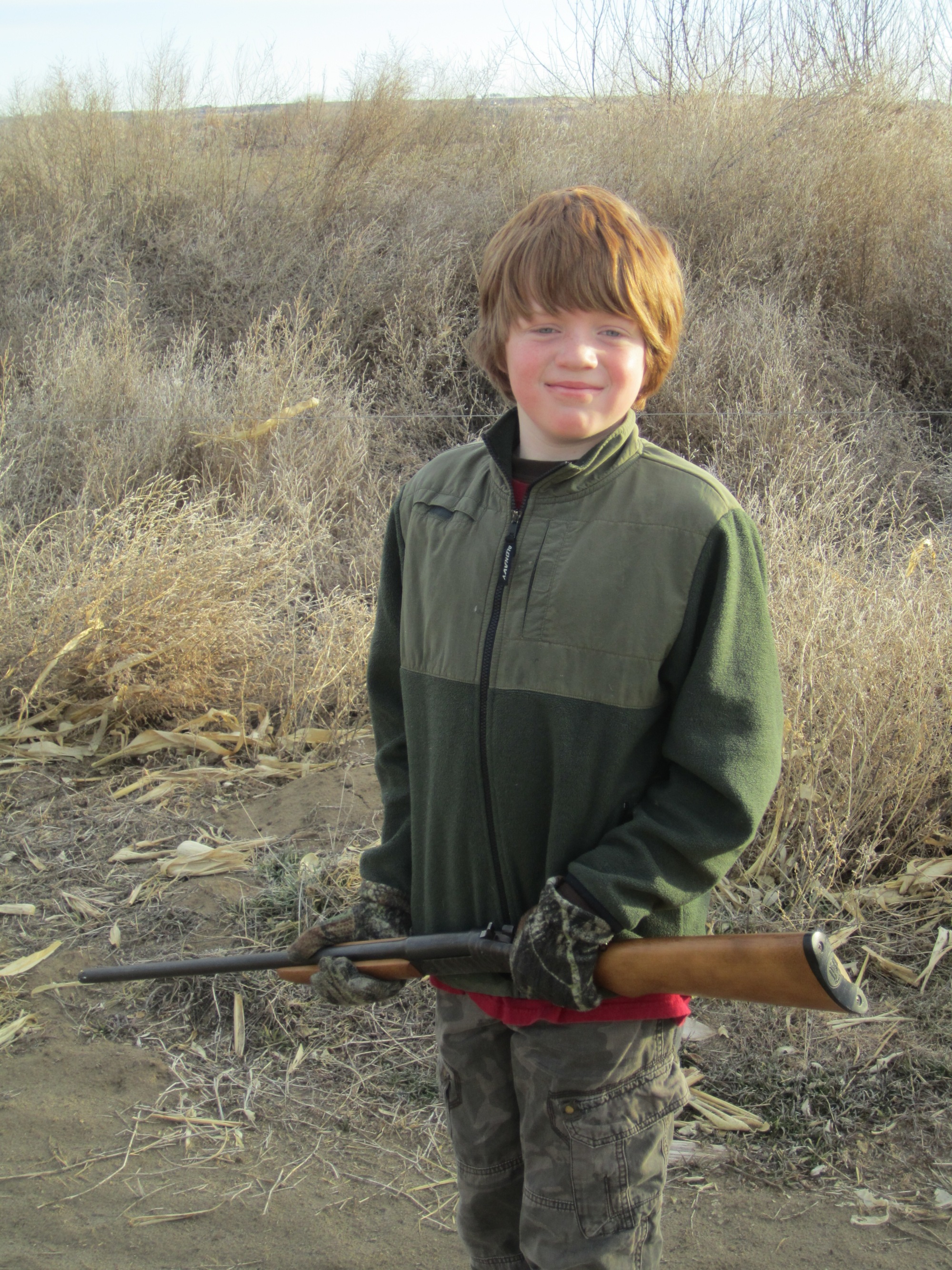 When breaking down a rabbit I get four separate cuts of meat. Two front legs, two hind legs, two loins and bones for stock. First, I disarticulate the back legs by first “popping” out the ball joint on the hind legs then sliding my knife above the ball. The leg should come cleanly off with one cut. The front legs are easy as well; they are not even attached with bone. I simply slide my blade into the armpit of the bunny and make a quick cut. The leg should come cleanly off.

To get the loins off I run my knife on either side of the backbone from the base of the neck to the tail. The blade should stop on the ribs of the hare. Then press the meat away from the bone and slide the knife under the loin. It should come off in one large section. Think of it as a tiny little backstrap. The remaining bones and stomach flaps make great stocks and flavoring for soup.

On a rabbit I will fry all the separate pieces like chicken. The meat is white and tender. They all take different amounts of time to cook. Fry the thicker back legs longer than the loins or the front legs! 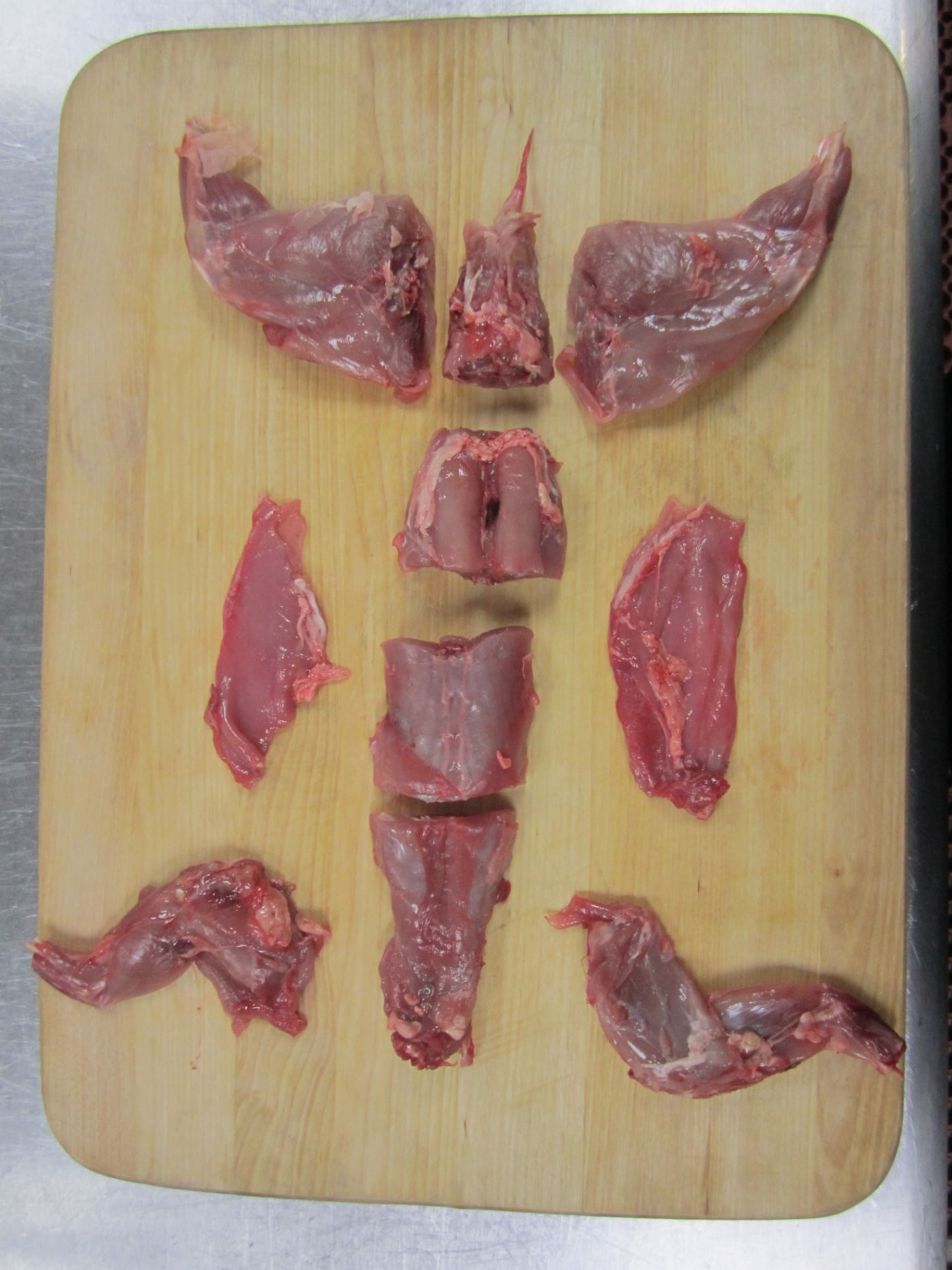 In one bag pour in the milk and the ranch, mix together thoroughly. In the other bag add the flour, cornstarch, cracker crumbs, Ms. Dash, paprika, salt, pepper, and cumin. Mix well.

Rinse the rabbit sections under the tap and shake off excess water. Add them to the cracker and seasoning mix. Remove to a dry plate. Then add them to the ranch dressing mix.

Remove to dry plate and then add back to the cracker crumb mix making sure to press some of the dry coating onto the flesh. When coated completely remove the rabbit sections. The coating will last for up to three hours. So breading them ahead of time is ok.

In a medium sauté pan add about ¼ inch of oil. Heat the pan for five minutes on medium low heat. Add one section of the coated bunny, if the pan does not sizzle considerably than remove the section and turn the heat up a little.

Brown the bunny sections, about 3-5 minutes, then flip. Most pans will have lost a considerable amount of heat by now so I make sure to turn the heat up to medium when I flip the sections. This will allow even browning.

When brown on both sides turn the heat down to low and pour off the remaining oil. Grab the largest section of rabbit and cut to the center to check doneness. Keep cooking if the meat is pink. The internal temperature needs to reach 150 + degrees to make sure that all foodborne illnesses are destroyed.

Right before serving the rabbit sprinkle on the zest of the lime and then juice the lime over the top of the bunny. This will give the fried rabbit a little extra kick.