On Nov. 15, the Idaho Fish and Game Commission extended the current bag limits for steelhead fishing (one fish per day, three in possession) on portions of the Snake, Salmon and Little Salmon rivers for the 2020 spring steelhead season, which begins January 1.

According to Jim Fredericks, Fisheries Bureau Chief for Idaho Fish and Game, the hatchery steelhead return in the Snake and Salmon rivers is high enough to continue allowing anglers limited harvest opportunities.

Biologists are already trapping adult steelhead on the Snake River at Hells Canyon Dam and will continue to do so into the spring, but Fish and Game is well on its way to meeting broodstock goals, Fredericks said.

Meanwhile, trapping at the Pahsimeroi and Sawtooth hatcheries does not begin until spring, but biologists are confident that continuing the one fish per day limit on the Salmon River through the spring will allow them to meet their broodstock needs.

“All of that is good news,” Fredericks said. 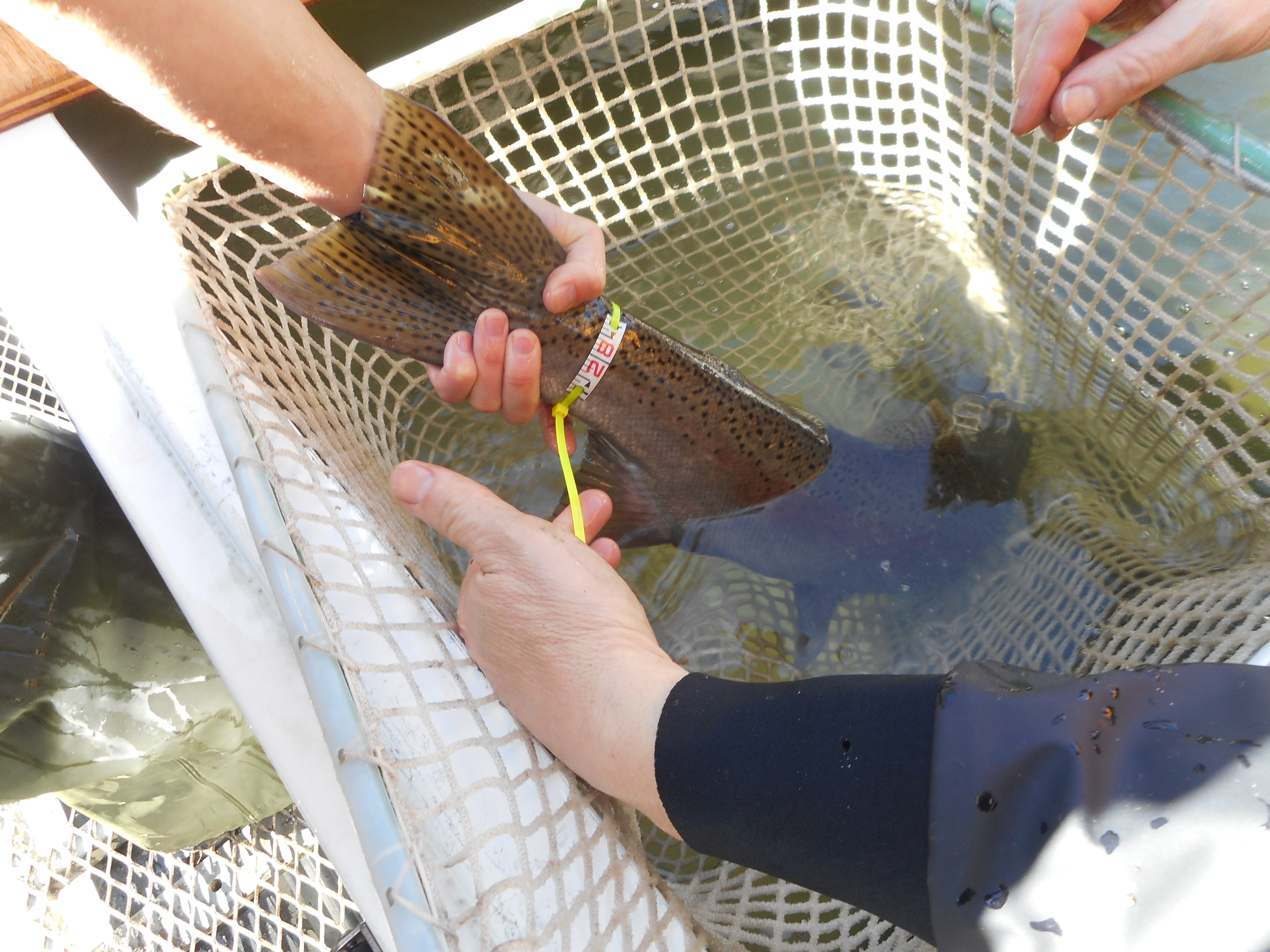 There was also some good news for Clearwater River steelhead. As a result of coordinated management actions with tribal and state partners, and additional emergency measures in Idaho, it now appears that returns will be sufficient to meet broodstock targets for Clearwater River hatcheries.

The commission closed steelhead fishing entirely on the Clearwater River in September, as well as the Snake River below Couse Creek. The closure came amid concerns that returns would not be sufficient to meet broodstock needs for the Clearwater hatcheries due to low returns of larger B-run steelhead, which typically spend two years in the ocean before returning to Idaho to spawn.

The low forecast prompted coordinated management between other state and tribal partners in the Columbia and Snake river basins in an effort to reduce impacts to hatchery steelhead returning to the Clearwater Basin. As a result, a higher-than-average percentage of adult steelhead survived the journey from Bonneville Dam on the Columbia River to Lower Granite Dam, which is about 25 miles downstream from Lewiston, increasing the projection of steelhead returning to the Clearwater.

To further bolster returns to the Clearwater River basin, managers initiated emergency broodstock trapping efforts at Dworshak National Fish Hatchery and at Lower Granite Dam. In addition to taking a higher percentage of fish in the fall at Dworshak Hatchery than are normally collected, managers are collecting fish from the trap at Lower Granite Dam and taking them directly to the Dworshak Fish Hatchery.

Thanks to the coordinated management and increased trapping efforts, between 700 and 800 of the 1,000 steelhead needed for broodstock at the Dworshak hatchery have already been trapped. An additional 350 adults need to be collected from the South Fork of the Clearwater, which will likely occur in the spring.

“We are fairly confident now that we’ll be able to achieve our Clearwater broodstock needs, and we don’t expect that we’re going to need to rely on the smaller 1-ocean fish, those smaller than 28 inches, because of the conversion of those larger, B-run fish,” Fredericks said.

Fish and Game is projecting that there could be about 1,000 of the smaller A-run steelhead in the Clearwater River system that will be in excess of broodstock needs, and Fish and Game managers will continue to coordinate with partners, including the Nez Perce Tribe and the Washington Department of Fish and Wildlife, to evaluate a potential fishing season on the Clearwater River in early 2020. Anglers can expect more information by late December.

“We’re confident we’ll be able to provide some catch-and-release opportunity at a minimum, and possibly some level of harvest,” Fredericks said. “But we do need to continue to monitor broodstock collection and make sure we’re going to get there, and coordinate with our management partners.”