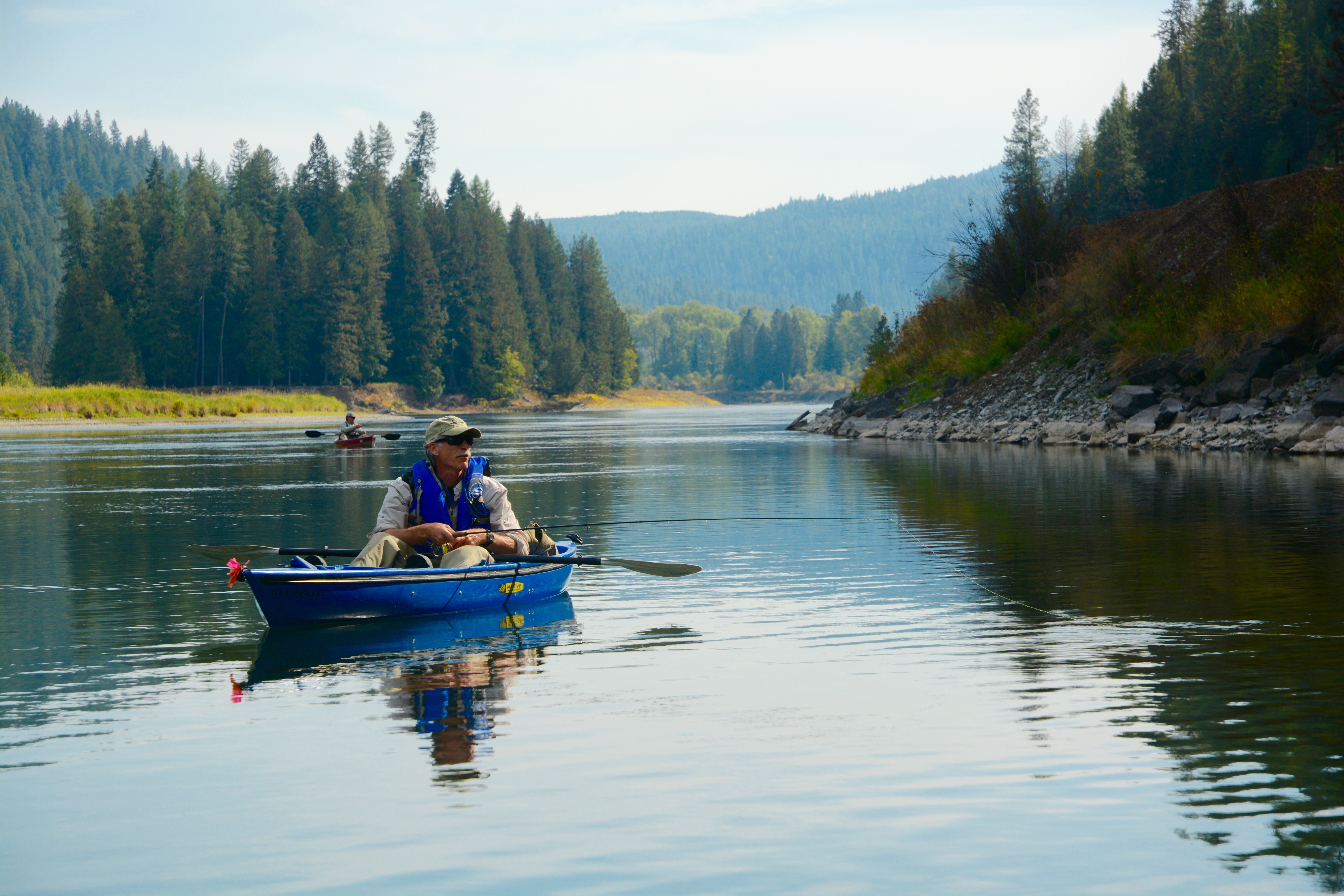 Floating through a cool, clear river in a deep canyon, an angler casts a grasshopper fly toward shore and waits for a trout to fall for the dupe.

It happens with a tell-tale swirl on the glassy surface, and as the anglers pulls back on the rod, it bows and bounces like a willow in the wind as a feisty trout realizes its mistake and thrashes in protest.

This scene is played out on many rivers in Idaho, and in this case, it’s the North Idaho’s Kootenai River, a gem of a stream that’s gotten a boost in recent years and is producing its best trout fishing in years thanks to a partnership between Idaho Fish and Game and the Kootenai Tribe of Idaho.

The Kootenai River’s canyon section flows between Montana’s Libby Dam and Bonners Ferry. It’s secluded and scenic with a series of riffles, pools and meanders. But until recently, it lacked nutrients to produce many trout and grow them larger. It harbored a population of rainbow trout and whitefish (along with other fish species), but they tended to be small, and trout reaching the upper teens in length were uncommon.

Idaho Fish and Game and the Kootenai Tribe of Idaho developed a relatively simple solution to that problem by adding common agriculture fertilizer to the river downstream from the dam. A series of large tanks set on a bluff overlooking the river and a small (about 3 inches) pipe releases the liquid fertilizer into the water at the Idaho and Montana border. The project started in 2005 with funding from Bonneville Power Administration, and the fertilizer sparks the growth of algae, which feeds aquatic insects that support the river’s trout, whitefish and other native fish populations.

Fish and Game biologists have seen a boost in both numbers and average size of trout in the river since the project started. They’ve also seen catch rates dramatically improve for anglers.

He said it's likely a combination of the fertilizer project and a rule change in 2002 that limited harvest to two trout for rainbows and cutthroats none under 16 inches.

Ross added many long-time anglers in the area say it's the best fishing they've experienced in years on the Kootenai. 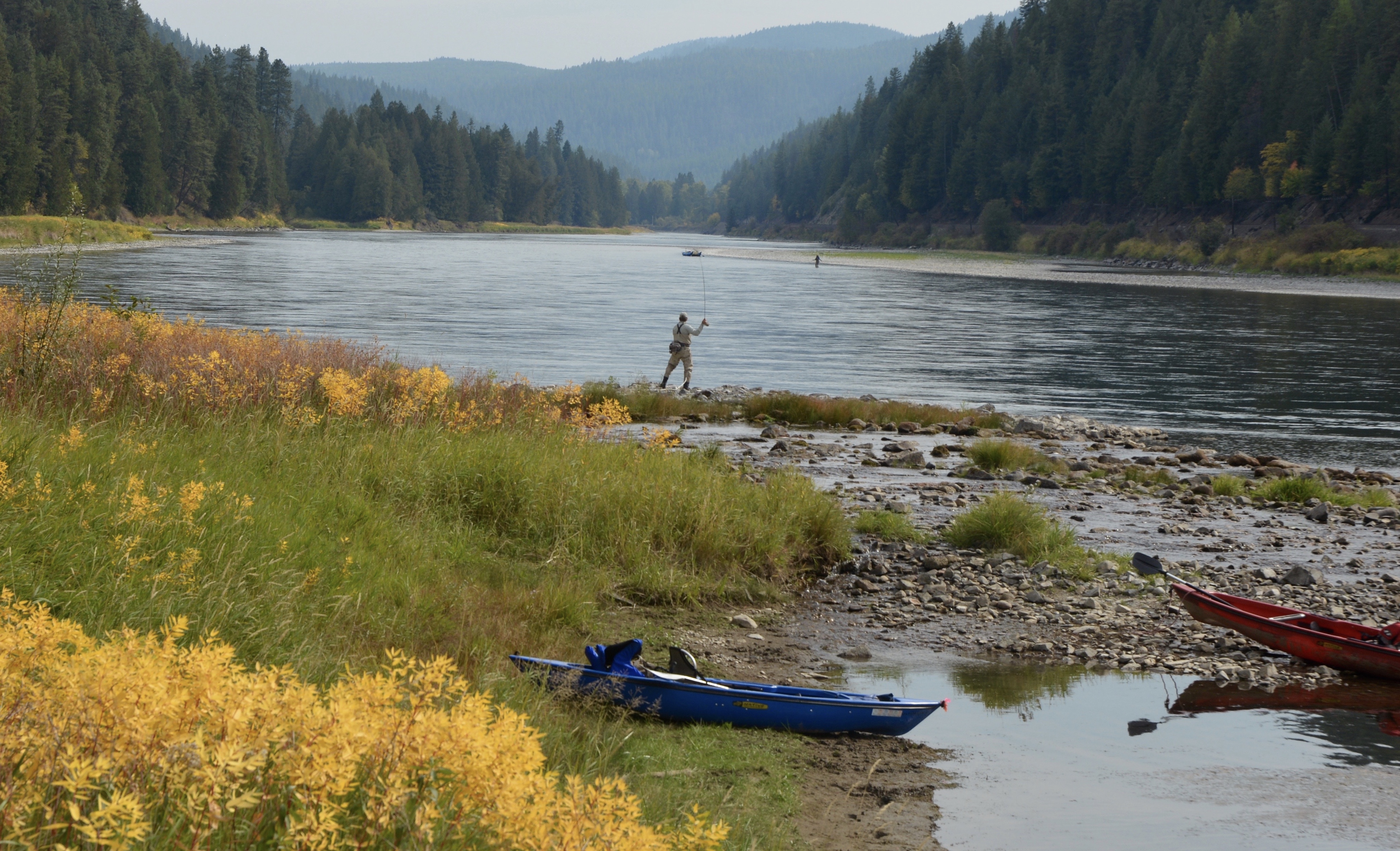 Other anglers are also catching on, too, but the river is still lightly used compared to Idaho’s world-famous trout streams. That’s a bonus for those who make the trip to Bonners Ferry and take advantage of this river that flows through a scenic canyon. Fish and Game and Montana Fish, Wildlife and Parks also partnered in 2013 to get access from a private landowner to an undeveloped access point at the border near Leonia, Mont., which means Idaho anglers don't have to float several miles through Montana to reach Idaho's section of the river.

That was a valuable addition because the Kootenai is mostly a floater’s show, which means it’s a great opportunity to drift along and cast to the shoreline and entice trout with flies or lures.

Late summer and fall tend to be prime times to fish the river, and there are good opportunities to catch insect hatches that get trout feeding on the surface. But the Kootenai isn’t a “technical” river, so when there’s no  obvious hatch, trout will still rise to grasshopper patterns and attractors, as well as take lures and bait. 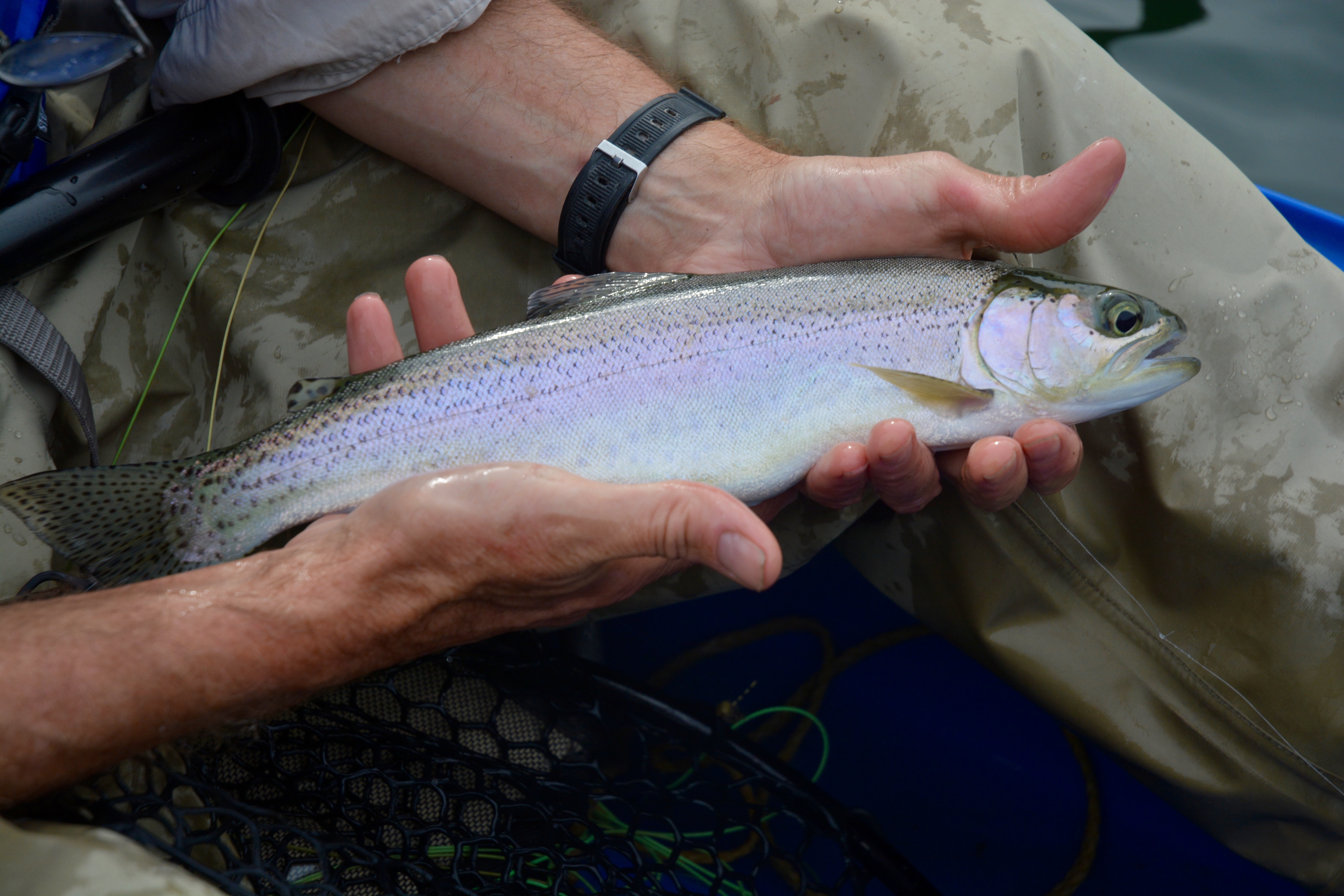 Most of the trout are on the 10 to 14-inch range, but fish measuring in the mid and upper-teens are common, and occasionally fish exceed 20 inches. That’s a big improvement from the past when a catch rates were low and the fish fairly small compared to other rivers in the area.

Fish and Game is also studying the river to find out which tributary streams provide the best spawning and rearing habitat so they can protect and possibly enhance those areas to provide more natural trout production.

For now, the Kootenai has an improved fishery that’s providing fun and excitement for anglers, as well a scenic float through a beautiful part of North Idaho.

Character: The river favors floaters over waders because there are few areas that are road accessible within the canyon and canyon walls are steep in many areas. The river is suitable for most river-worthy craft, including rafts, driftboats, kayaks and canoes. There are riffles and small rapids (Class II). The river is also navigable by jetboats.

Logistics: The section of the Kootenai River popular with trout anglers is located upstream from Bonners Ferry, and launch/takeout spots can be found at  Bonners Ferry, the Twin Rivers Canyon Resort and Leonia, Mont. near the border.

Special regulations: Trout limit is two, no rainbow or cutthroat trout under 16 inches.

Learn more about the Kootenai River and its fishing opportunities: