Controlled fires in the Clearwater could boost elk herds

Idaho Fish and Game is fired up about increasing elk populations in its Lolo Elk Zone in the headwaters of the Clearwater River. Through a cooperative effort with Forest Service and the Rocky Mountain Elk Foundation, the two agencies and RMEF are proposing controlled forest fires known as “prescribed-fire treatments” to improve habitat for elk and other wildlife. 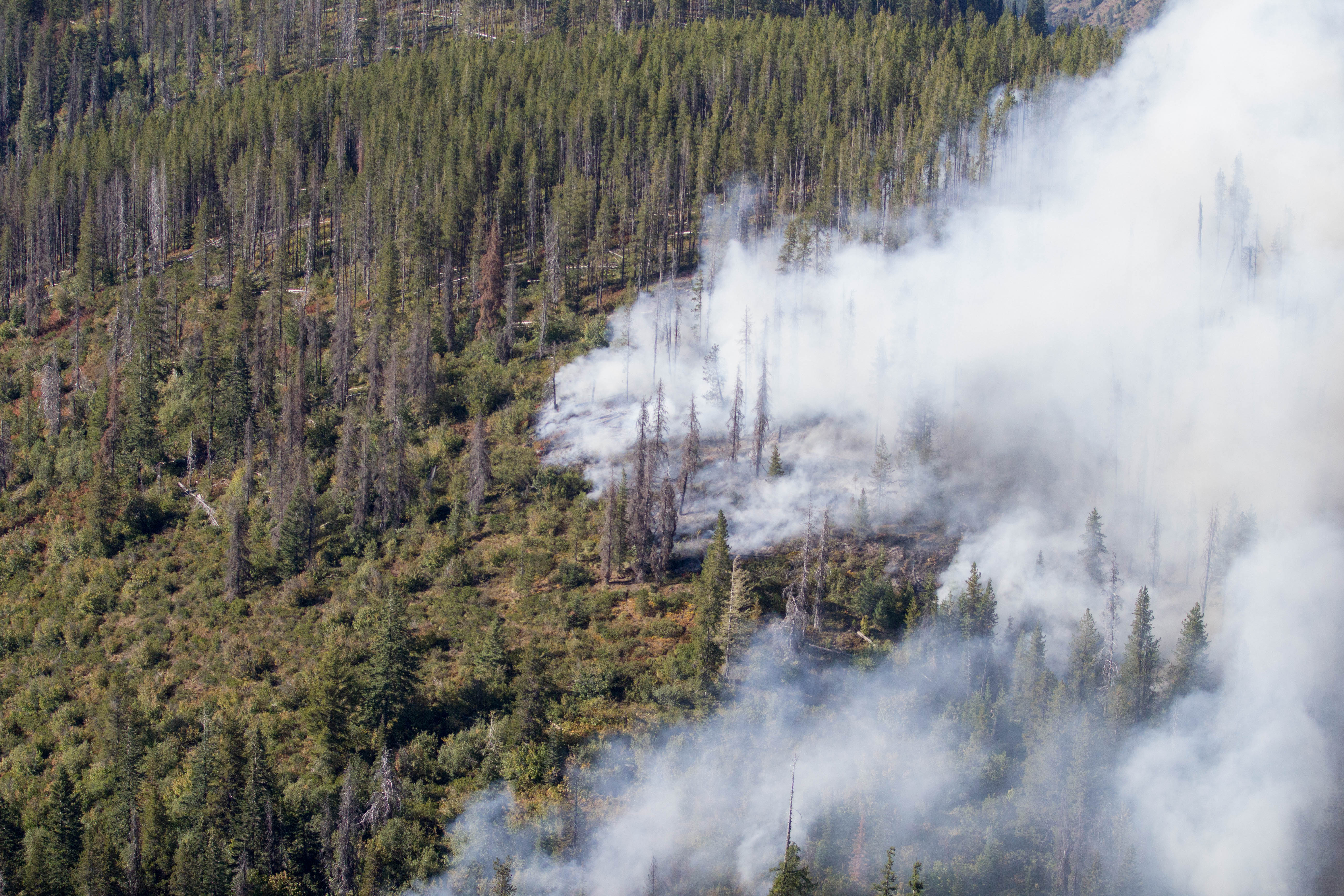 Officials with the Nez Perce-Clearwater National Forests want to use them to burn more than 100,000 acres over several years, particularly in the remote backcountry areas where once-prime elk habitat has grown into dense forests that provide little or no forage for animals.

“That seems like a lot, but it’s only 3 percent of the land area on the Nez Perce-Clearwater National Forests,” said Forest Supervisor Cheryl Probert.

While a small percentage of the forest will be treated, prescribed fire can provide a big boost for elk.

“We’re trying to have landscape-level treatments to have a population-sized impact on elk,” said Clay Hickey, Fish and Game's regional wildlife biologist.

In the last 25 years in Fish and Game’s Lolo Elk Zone, elk herds have declined from about 15,000 in the late 1980s to less than 1,500 - a 10-fold decrease. The Lolo Elk Zone encompasses areas around North Fork of the Clearwater River, Lochsa River and Selway River drainages.

There are two main reasons for the decline, according to Jerome Hansen, Fish and Game’s Clearwater Region Supervisor: poor elk habitat and predators. Fish and Game is addressing both.

“On the predation side, we’re working hard at implementing our Lolo Elk Zone predation management program by focusing on wolves, mountain lions and bears,” Hansen said.

But any gains from reducing predators is likely to be short lived if there isn’t a corresponding improvement in the habitat. Elk need vast fields of grass and brush to thrive and repopulate, and the best way to get them is with prescribed burns.

“Fires are what made the Clearwater elk herd in the first place,” Hansen said. “Turn-of-the-century fires are what created millions of acres of shrub fields. Those have grown into second-story trees, and now it's prescribed fire, along with some wildland fires, that are helping open those places up and create lush fields that elk need.”

Elk are a popular and important big-game animal, and they attract hunters that experience Idaho’s backcountry and visit local communities.

“Hunting is a very important part of Idaho’s economy,” Hansen said. “Those hunters we’ve lost in the Lolo Elk Zone used to come from all over the country to hunt the Lolo’s legendary elk herds, and they spent money in small communities throughout the Clearwater.”

Prescribed-fire treatments aren’t new on the Nez Perce-Clearwater National Forests. The Forest Service has used fire as a management tool to improve habitat and reduce the amount of available fuels, which helps reduce potentially large, high-intensity wildfires for many years.

The Clearwater area has a long history with fire dating back to pre-European settlement when Native Americans started fires to improve game habitat.

“Fire has always been part of the natural landscape, and it’s one of the most effective tools for managing wildlife,” Probert said. 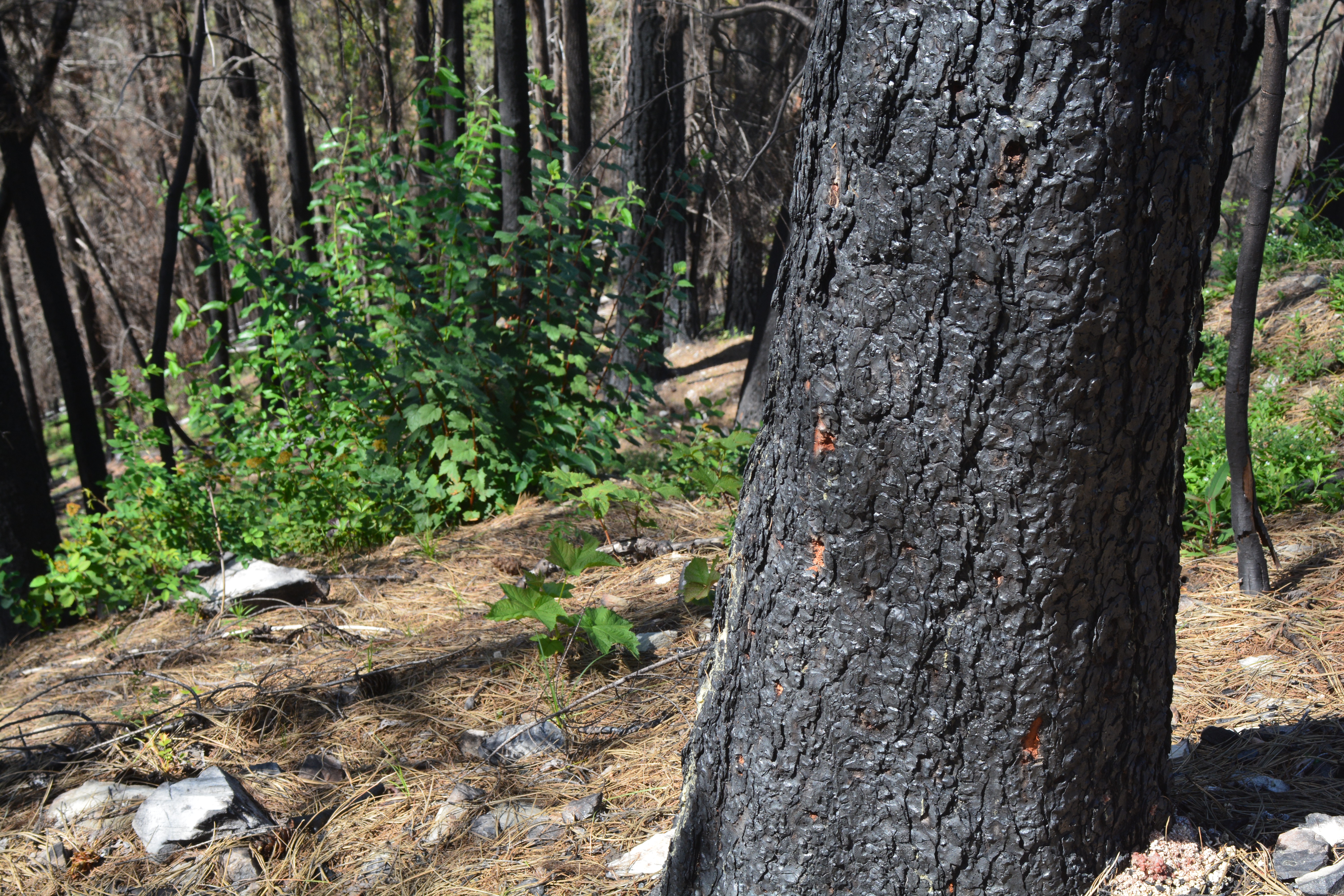 Historical wildfires were small, or absent, for decades in the Clearwater until massive blazes swept across the landscape, such as the notorious 1910 fires that burned about 3 millions acres in Idaho and Montana.

Those fires set the stage for an explosion of elk populations years later, but the 1910 wildfires also killed dozens of people and destroyed communities. Those massive, uncontrollable wildfires that devastated forests and communities  prompted the Forest Service to build a military-sized corps of firefighters and launch a decades-long campaign to put out nearly all wildfires that started on national forests.

Modern land managers recognize the value of prescribed-fire treatments on the landscape. Prescribed fires create pockets of new growth that feeds wildlife and lessens the severity of future wildfires by reducing fuels so fire burns with less intensity, cover smaller areas, and are more manageable for firefighters to extinguish or control them.

On Toboggan Ridge in the headwaters of the North Fork of the Clearwater River, an intense wildfire swept through a swath of forest about 10 years ago. It burned hot enough to scorch the soil and retard regrowth. The burned area is now dominated by knee-high bear grass that provides little forage for wildlife.

Contrast that outcome with one in the same general area the Forest Service conducted a series of prescribed fires, which are now flourishing with brush, shrubs and other natural vegetation that hosts a variety of wildlife.

“We want fire back in the system under our terms so we can get the results we want rather than waiting for Mother Nature to start a large, uncontrollable wildfire,” Probert said.

She knows wildfires will burn on the Nez Perce-Clearwater National Forests, and if dense forests are left intact, they can burn hotter, larger and out of control. She wants prescribed-fire treatments to “punch holes in the landscape” and prevent wildfires from growing unchecked. 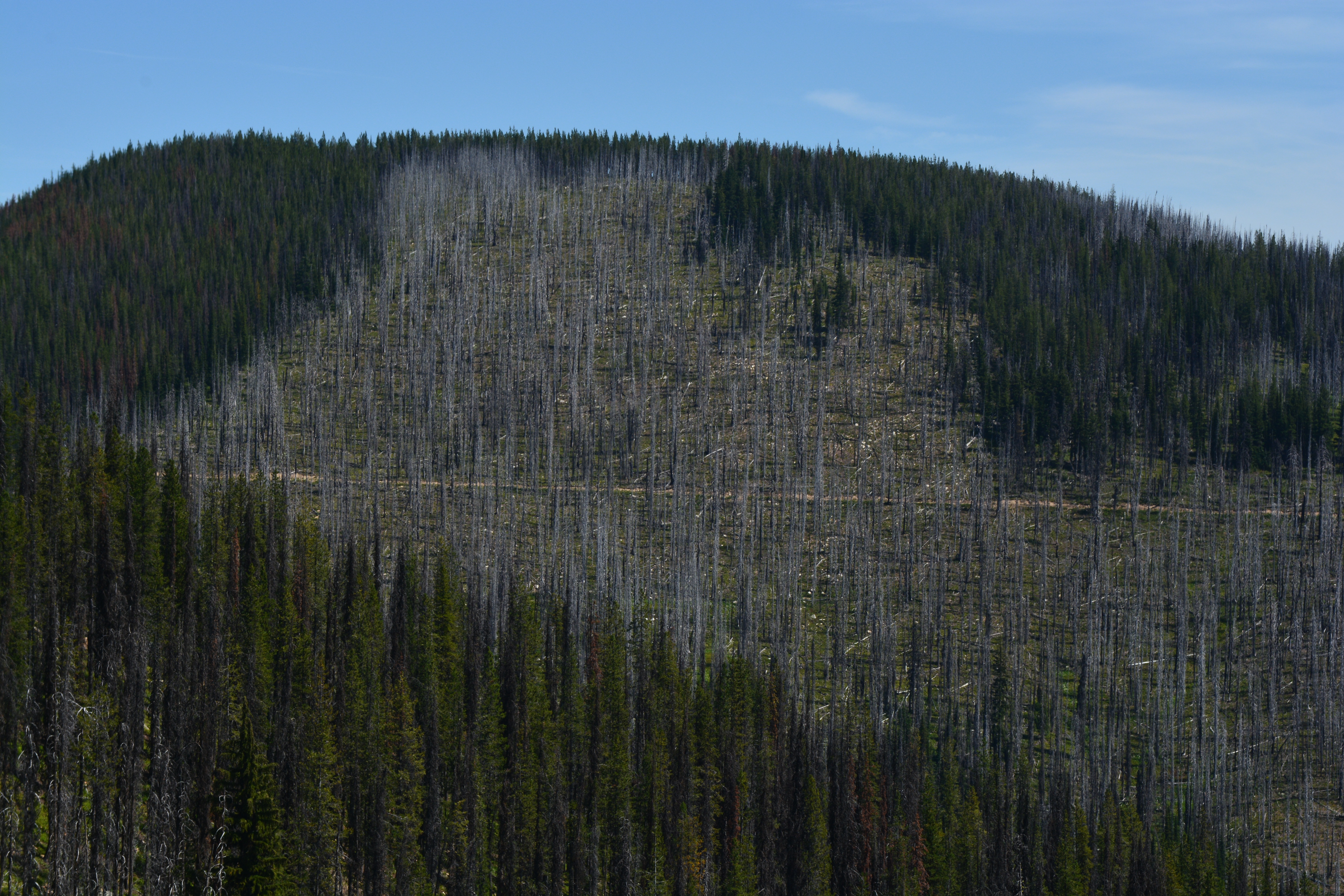 “It’s not going to stay the way it is, so we want to create this moving variety of vegetation across the landscape,” she said. “Wildlife species like a variety of different plant communities, and elk like a little bit of all of them.”

Portions of the Nez Perce-Clearwater National Forests are unique in the interior West because wet climate and vegetation are similar to that of a coastal rainforest.

During the summer of 2016, two lightning-caused fires, managed for resource benefits, were allowed to burn in the headwaters of the North Fork of the Clearwater River, but they were more fizzle than flame. Combined, they burned less than a hundred acres. Forest Service officials monitored the fires daily, but crews made no attempts to suppress either of them.

“The most effective time to burn is actually in summer when it’s driest and hottest so we can punch those holes and create those mosaics of vegetation,” Probert said.

While fire is the best way to maintain and restore wildlife habitat, it’s not necessarily the easiest thing for people to deal with, especially when smoke descends into nearby valleys.

Destructive wildfires are also fresh in people’s minds. In the summer of the 2015, the “Clearwater Complex” of wildfires swept through Kamiah area and burned dozens of homes and outbuildings.

“After the fires in 2015, when people see smoke in August, they get nervous, and we understand that,” Probert said.

While there’s a vast difference between prescribed fires and wildfires, both produce smoke, which can affect local communities, and even neighboring states. Fire managers and staff work closely with Idaho and Montana Department of Equality to monitor smoke and its effects on nearby communities.

North Fork District Ranger Andrew Skowlund is sensitive to people’s concerns. “I realize when we light these fires it puts off smoke. It can be a nuisance and a health risk to some,” he said. “I take very seriously the impacts of smoke on the local communities, and we try very hard to minimize it as much as possible. But we’re putting up a little now to alleviate a lot later.”