This information is out-of-date.

The Redfish Lake Sockeye Captive Broodstock Program, a multi-agency and tribal effort started in May 1991, was initiated to protect population genetic structure and to prevent the further decline of Idaho sockeye salmon. The program also produces eggs and fish to reintroduce to the habitat to increase population numbers. Idaho Fish and Game is working with the Bonneville Power Administration to increase the number of smolts the program releases.

Between 1991 and 1998, only 16 wild sockeye salmon returned to Idaho. All of these adults were incorporated into the captive breeding program and spawned at the Eagle Fish Hatchery.

In recent years, the number of full term smolts produced by the program has increased to approximately 200,000 annually. As a result of the increased smolt production, the number of anadromous adults returning to the Stanley Basin has also increased: 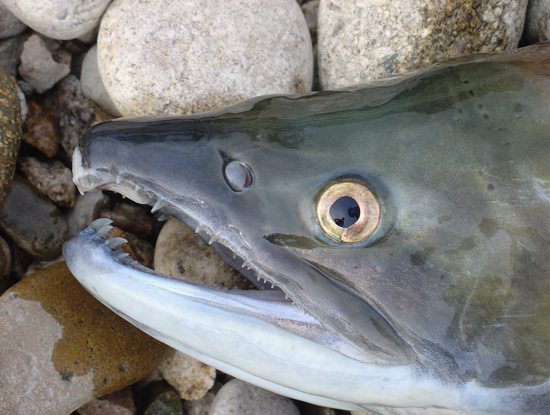 Project Cooperators and Their Responsibilities
Last Updated: May 15, 2012
Top of page
Sockeye Salmon