Dworshak Reservoir is expected to be teeming with kokanee in 2022. Annual surveys conducted in late summer 2021 revealed record-high kokanee abundance in the reservoir. The total kokanee abundance was estimated to be nearly 10 million in 2021 which is the highest estimate on record. As a point of reference, the average abundance since 2000 is around 3 million. 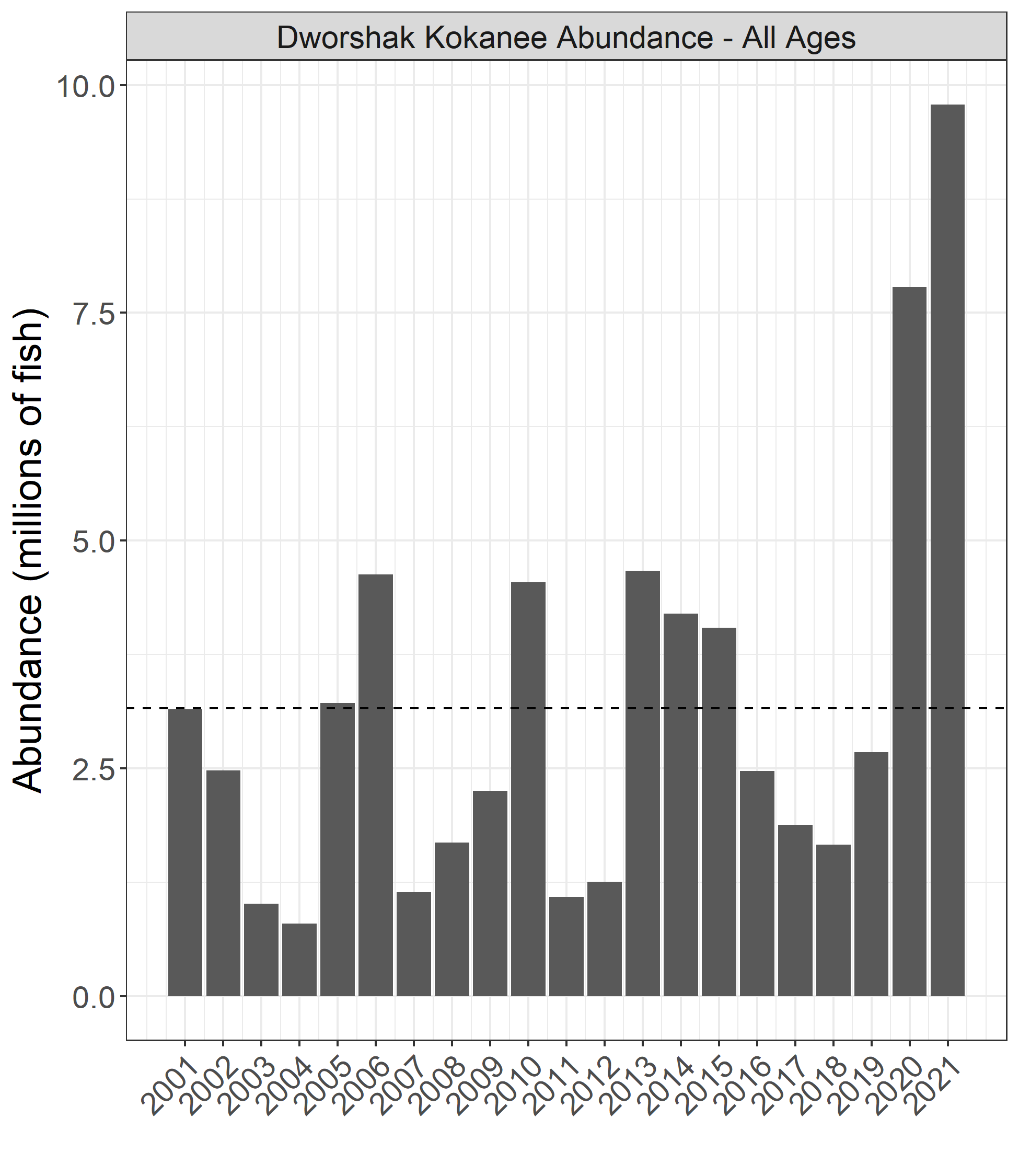 Most kokanee in Dworshak spawn at age-2, and these are the fish that anglers typically catch. The 1 year old fish we observed last summer are the fish anglers will be trying to catch this year. We estimated there were nearly 4 million age-1 kokanee in the reservoir last summer, which is the highest estimate on record for that age class. The average number of 1 year old kokanee we have observed since 2000 is just under one million. 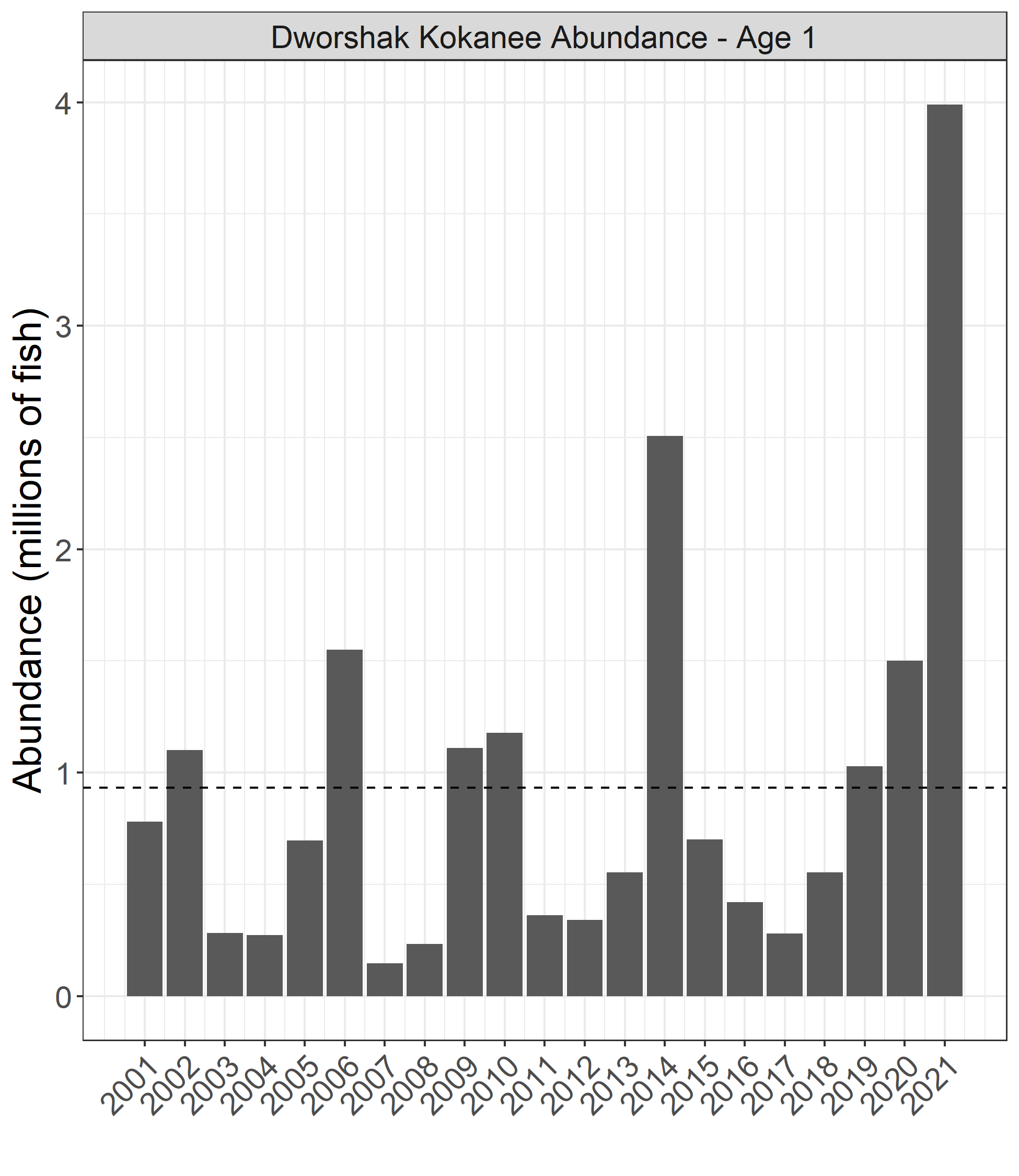 One downside of having so many kokanee is they grow slower when numbers are high. The average size of age-2 kokanee in Dworshak ranges from 8-12 inches, depending on the year. I expect that by this July a 2 year old kokanee will average approximately 8 inches. Anglers tend to be a little more effective in catching the largest kokanee, but I would still expect the average angler-caught fish to be less than 9 inches this summer.

Despite the high abundance, kokanee fishing may be tough going early in the season before water temperatures warm. There is some evidence that small kokanee, especially those less than about 8 inches, are more difficult to catch. Due to the slow growth rates we expect this year, kokanee may not exceed 8 inches until later this season.

If you do fish early on before the water warms up, remember that kokanee can be very shallow. If you are having trouble catching fish early in the season, try fishing at depths less than 10 feet or even longlining with no weight at all. When the kokanee are in shallow water it’s unlikely that you will mark them on your fish finder so try fishing likely places even if you’re not marking fish, and be on the lookout for fish hitting the surface. As the water warms, the fish will go deeper and be easier to mark. However, kokanee can come up shallow to feed at almost any time of year, so it doesn’t hurt to run a shallow setup even when you’re marking fish deeper.

The other popular species in Dworshak is Smallmouth Bass, and for good reason. The current catch-and-release, and certified weight state record Smallmouth Bass both came from Dworshak. The high abundance of relatively small kokanee is a good thing for the smallmouth population. Smallmouth grow very fast when they have an abundant diet of kokanee. This growth tends to lag a year, so I expect to really start seeing the effects of the recent increase in kokanee abundance this coming year. Last fall I received multiple reports of smallmouth over 8 pounds being caught, and I wouldn’t be surprised to see the current state record be challenged over the next couple of years. 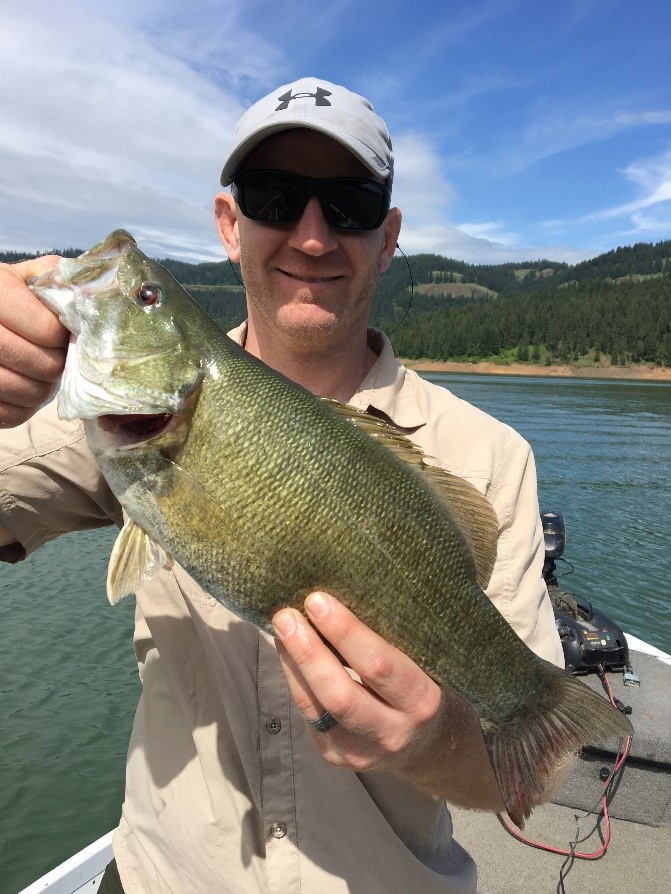 Overall, this should be another excellent year of fishing on Dworshak. Whether you’re looking to fill the cooler with kokanee, land the bass of a lifetime, or try to do both on the same day, Dworshak will be a great place to visit in 2022.