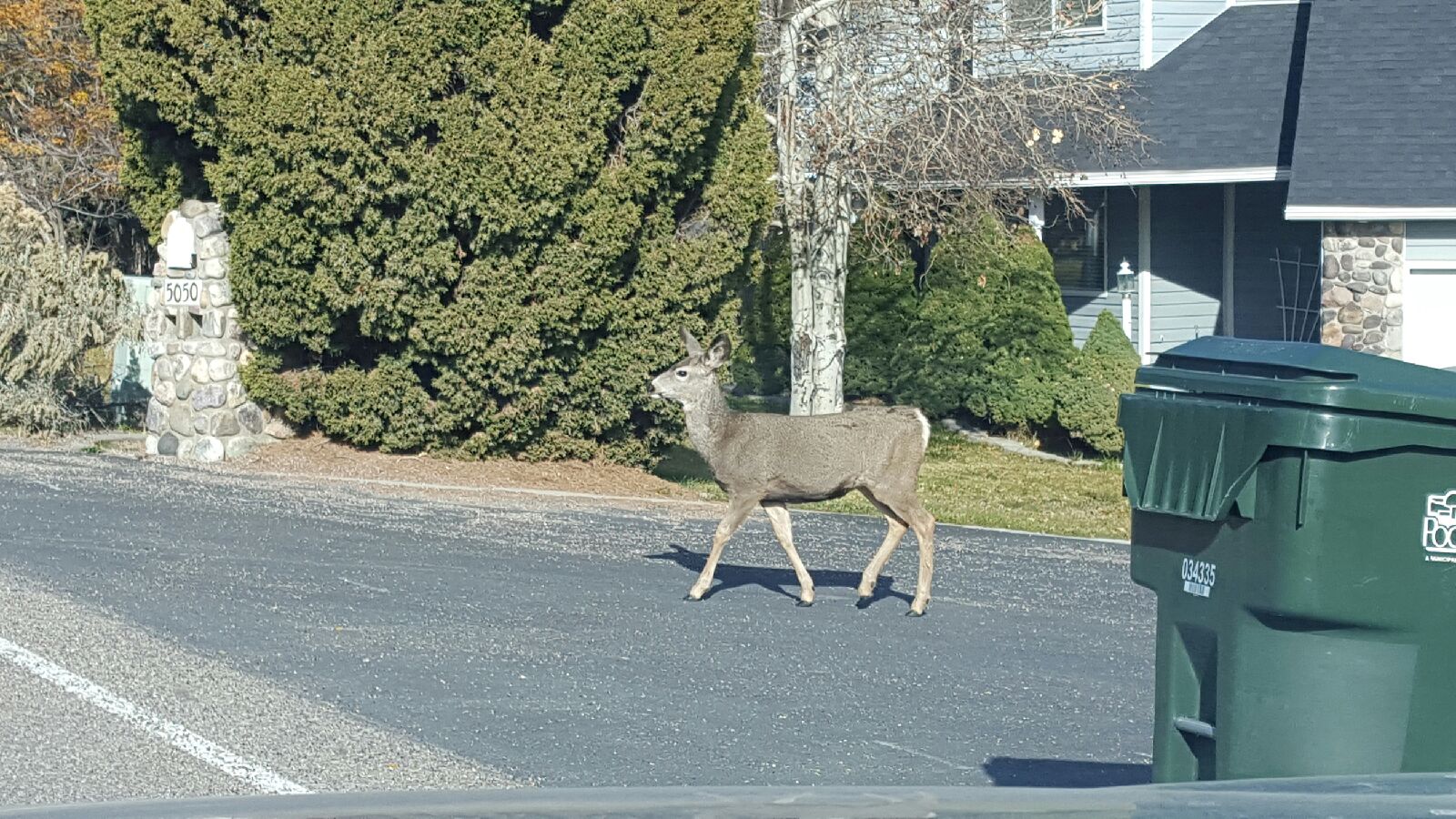 Fish and Game has responded to several incidents over the past year involving deer, elk, and moose that have been peppered with bird shot from a shotgun in a likely effort by homeowners to keep the animals away from their garden, flower beds or yard. Many people believe that due to the small size of bird shot pellets that they will not penetrate the hide of a large animal and will simply sting them. However, more often than not, these pellets will break through the skin and get lodged between the hide and tissue, causing a potentially lethal wound.

"Over time, the pellets can work their way through the tissue and end up damaging internal organs, such as the brain and eyes," says wildlife biologist Jacob Locke. "This often leads to a long, slow, prolonged death for animal."

Locke recently responded to the report of a yearling mule deer behaving oddly and bouncing off of fences, trees and vehicles in a neighborhood east of Idaho Falls. The young deer had been peppered in the head with bird shot and the pellets had worked their way into the eyes and brain cavity causing the deer to go fully blind in one eye and partially blind in the other.

Fish and Game would like to remind people to call a Regional Office for assistance with deer, elk and moose causing problems on their property, instead of taking matters into their own hands. There are a number of non-lethal options that will haze, but not harm, wildlife that are available for homeowners dealing with problematic wildlife.