Bull trout are a bit of a misunderstood and sometimes misrepresented Idaho native trout (technically a char). They grow big, are willing to chase lures and flies alike, and are absolutely gorgeous creatures. This should add up to bull trout being one of our most popular game fish. While this is absolutely true for a growing number of Idaho anglers, there are still some pretty big misconceptions about just what and how much bull trout eat, making them unpopular with other anglers.

It’s not all fishy

One misconception about bull trout is that they are voracious fish eaters that can clean out all their fish neighbors where they live. This misconception may be reinforced by their shocking habit of latching onto small trout as they are being reeled in by unsuspecting anglers.  While there is absolutely no doubt that bull trout are fish eaters, even big mature adult bull trout have a much more diverse diet. One example of this was from a study conducted in the upper Salmon River. Researchers collected adult bull trout in the main Salmon River and found that 74 percent of their diet was fish and with the majority of the rest of their diet being aquatic invertebrates like mayflies or stoneflies. However, adult bull trout in Salmon River tributaries where they spend the summer and early fall was drastically different.  An amazing 87 percent of their food was aquatic insects, followed by 11 percent terrestrial insects, and only 2 percent fish. So, while bull trout were taking advantage of other fish prey during some of the year, during the summer months, the vast majority of their diet was other types of food. 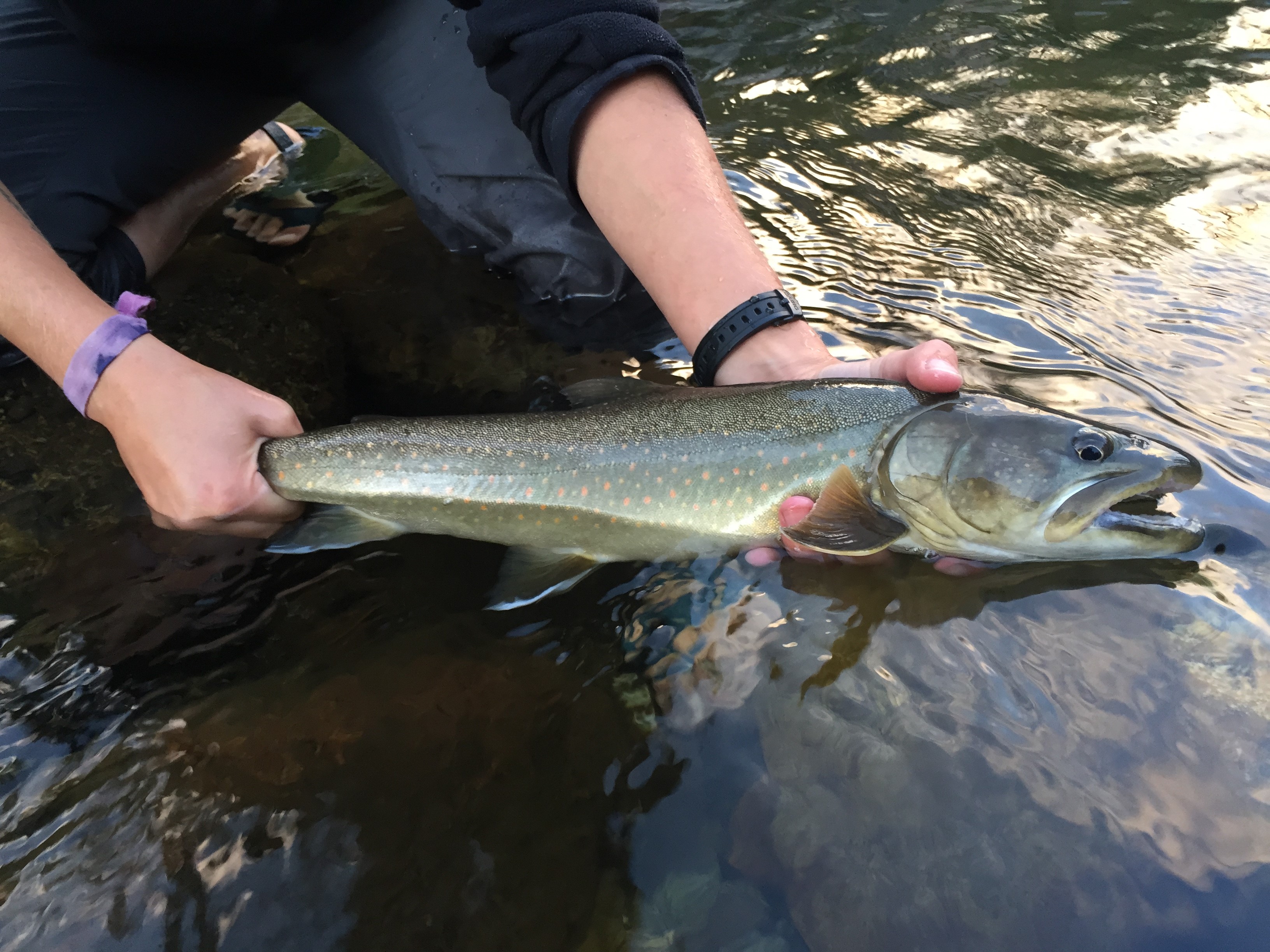 Variety is the spice of life

The focus of some bull trout complaints is that they eat our salmon and steelhead smolts heading to the ocean. Well similar to the diversity of their diet as a whole, there is diversity in the fish they eat. While a variety of studies have documented bull trout eating trout and salmon species, many studies have documented them relying on a wide variety of other fish species that are found in Idaho rivers such as whitefish, sculpin, redside shiners, and more. Quiet simply, bull trout are adaptive and focus their diet on what is seasonally the best prey item to help them be successful. This changes in different habitats and across the course of the year.

It’s lonely at the top

When you hear folks talk about bull trout, they sometimes use the term apex predator, meaning they are at the top of the food chain in their underwater world. This is certainly true.  It also means that bull trout, and other apex predators, aren’t as numerous as their prey.  As you move up the food chain, there are fewer food resources to support those species at the top. So, while bull trout populations in much of Idaho are at stable abundance, they are naturally present at lower abundances than trout species such as cutthroat and rainbow. So, even with their fish eating ways, there aren’t as many mouths to feed as some other species. 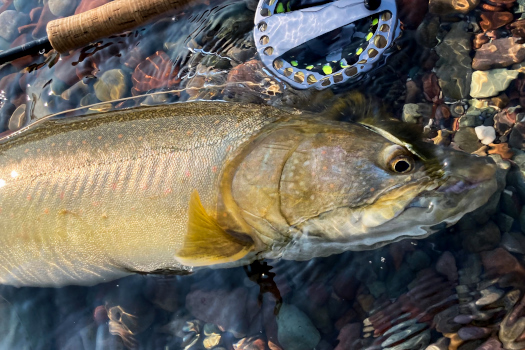 Finally, mortality of prey species is part of natural environments (and their associated food chains). Species like bull trout have evolved with their prey species over a very, very long time. Because prey species are lower on the food chain, they are able to make more offspring, which in return makes those species able to support higher levels of natural mortality. As mentioned in a recent IDFG blog, Idaho’s trout populations typically have 30-60 percent annual mortality. One component of that mortality is because of predation by bull trout, but when you factor in all the other sources of mortality for our young trout and salmon, bull trout have little to no effect on their abundance compared to other sources.

So, next time you’re out on one of Idaho’s gorgeous bull trout rivers and you’re lucky enough to have one latch onto your line, please take a moment to enjoy it for what it is before releasing the fish back into the wild. A unique Idaho native gamefish we’re lucky to have.

For other articles and information on Idaho’s bull trout click here.