The Clearwater River Fisheries Working Group and its Members

The Clearwater River in Idaho is widely known for its amazing fishing opportunities for steelhead and Chinook Salmon.  Some of the fisheries, like the steelhead fishery, have been occurring for years and attract people from around the world, whereas others like the fall Chinook Salmon fishery are newer and are starting to gain interest.  As often is the case when people have something they are passionate about, they become very protective of it.  In this case, some people were worried that new fishing opportunities for fall Chinook Salmon would negatively impact the catch-and-releases steelhead season. 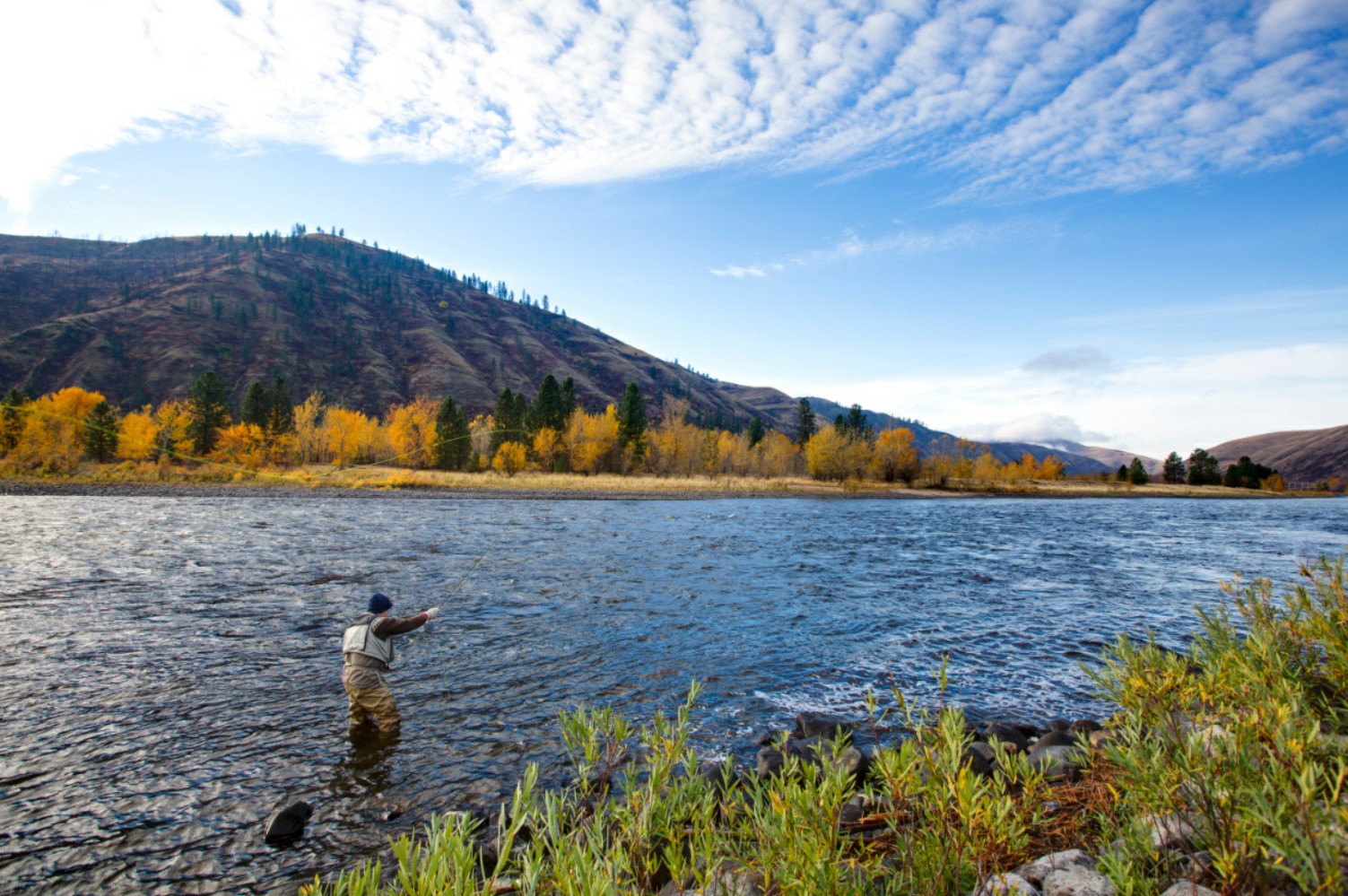 Hundreds of people were interviewed to better understand the opinions of those who fished the Clearwater, and it was evident that opening a fall Chinook Salmon fishery at the same time as the catch-and-release steelhead was controversial.  It was ultimately decided that people who would be influenced the most by steelhead and fall Chinook Salmon seasons in the Clearwater would be the ones to help guide the process in developing future seasons and limits.  The Idaho Fish and Game Commission agreed to this approach and adopted it in the 2019-2024 Fisheries Management Plan. 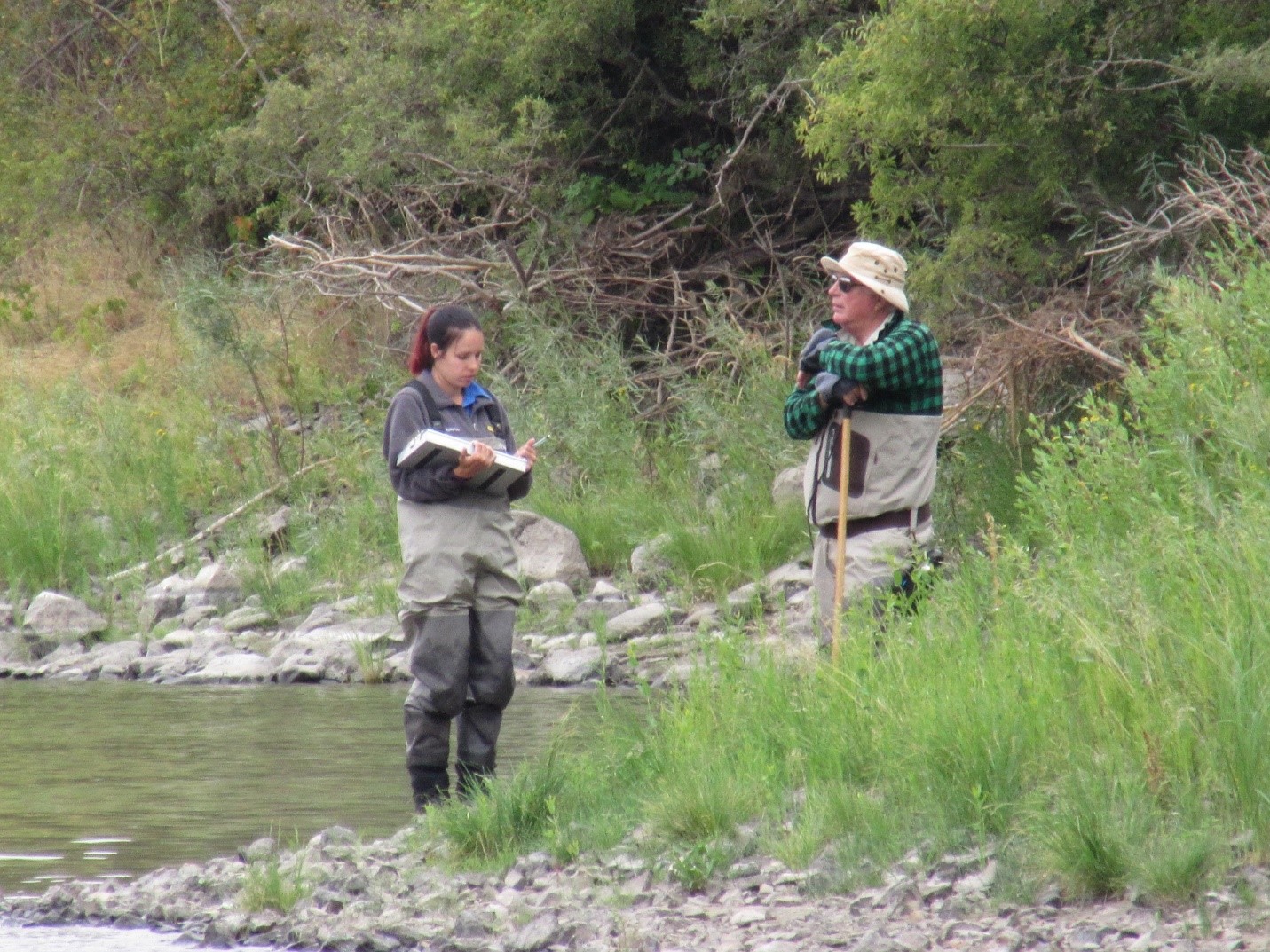 To select members of this group, nominations were accepted at public meetings and from organizations such as the Clearwater Chapter of the Idaho River Community Alliance, the Spey Clave, the Lewis Clark and Orofino chambers of commerce, and Idaho Department of Fish and Game.  All interested people were interviewed, and a selection committee of five members (only one was from IDFG) was used to choose the people who would be on the Clearwater River Fisheries Working Group.  Efforts were made to ensure different angler types and stakeholders influenced by fall Chinook Salmon and steelhead fisheries were members of this group.
Members of this working group have been selected and will meet monthly to learn about the issues surrounding fall Chinook Salmon and steelhead fisheries and develop proposal packages describing the potential seasons and limits for each species.  Each of the members, who they represent, and their contact information is listed below.  If you have ideas you would like this working group to consider, you are encouraged to contact them and let them know your thoughts.

Meet the members of the Clearwater River Fisheries Working Group 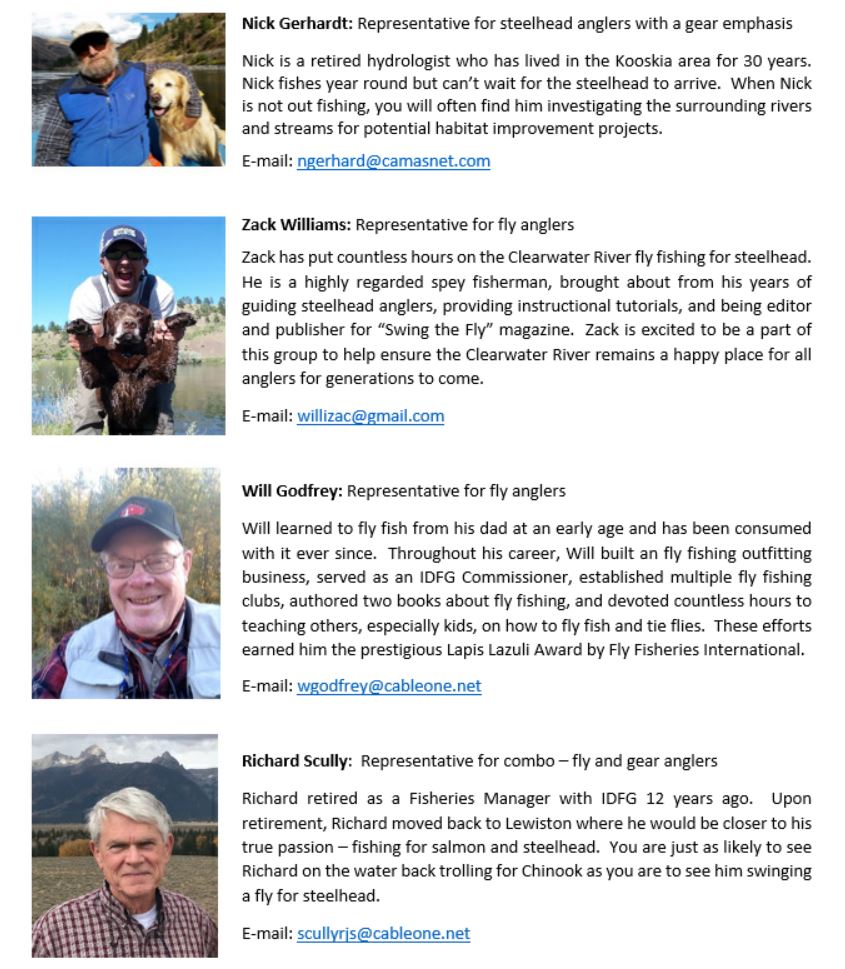 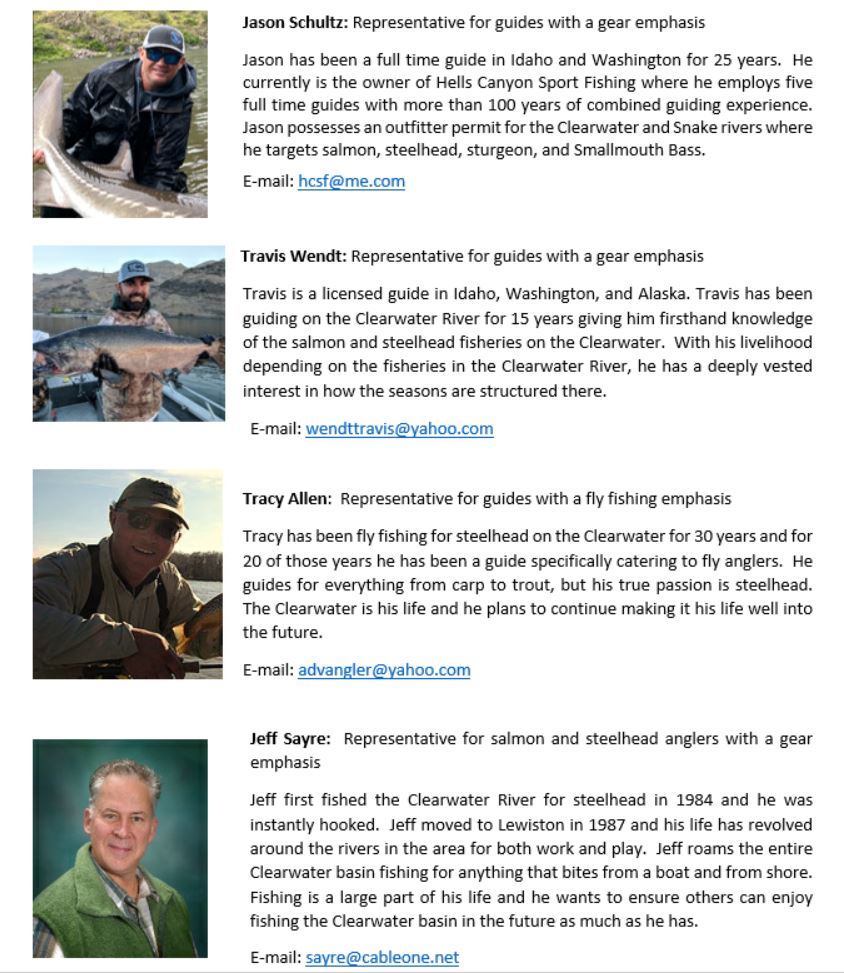 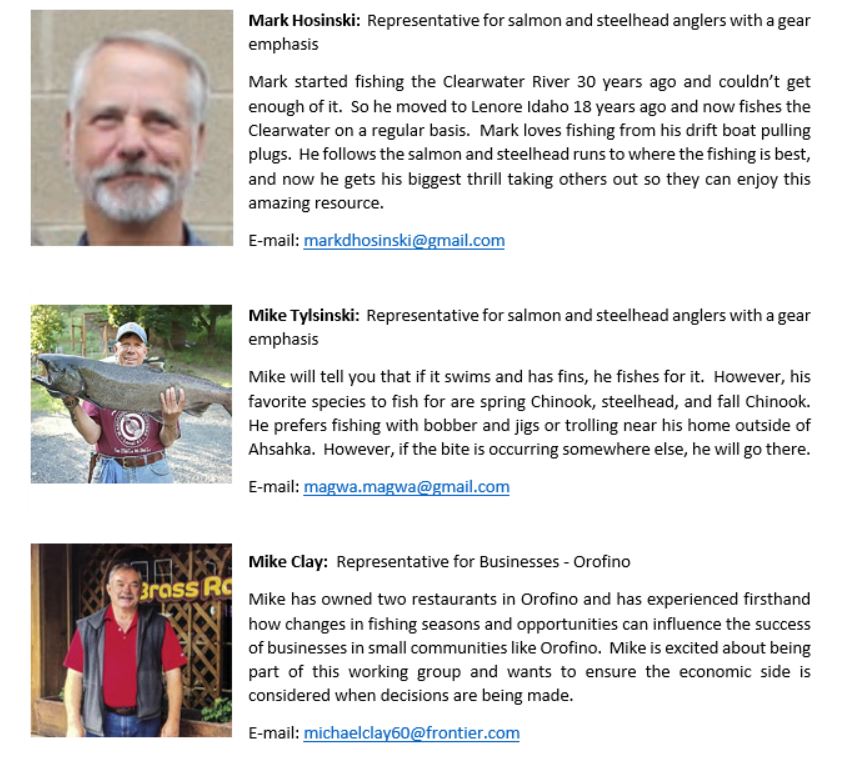 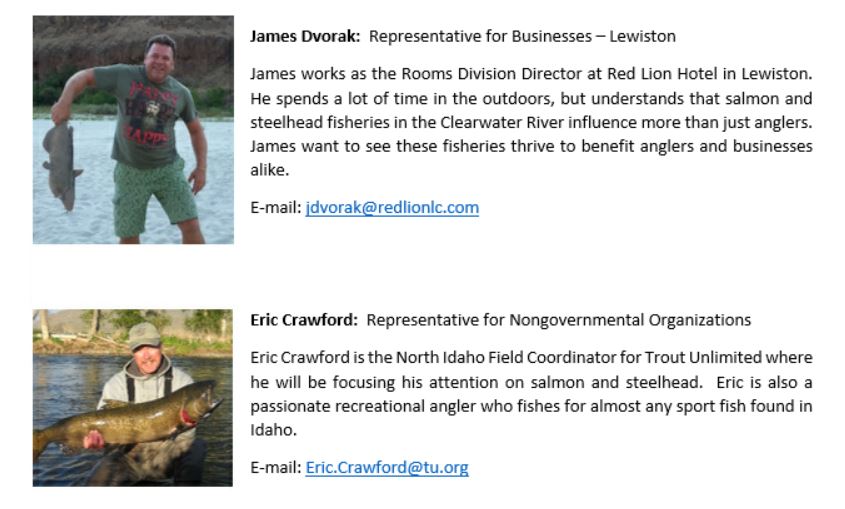