Fish and Game asks for the public's help in finding those responsible for poaching two bull elk and left to waste in Gooding County, north of Bliss.

In late November, while a cow elk hunt was underway in the Smoky-Bennett Zone, two bull elk were illegally killed in separate incidents in Game Management Unit 45, north of Bliss, ID. Both elk were left to waste.

There were no antlered elk hunts in Unit 45 at the time of these poaching incidents.

On November 25, 2020 a small bull elk was found approximately 5 miles north of Bliss, ID on the west- side of Clover Creek Road. Fish and Game conservation officers who investigated this incident determined the bull was killed that afternoon. The majority of the elk was left to waste after the poaching incident. At this time, officers only know that the person of interest is a male, who was wearing a red flannel shirt.

Officers were again called to the area north of Bliss, ID on November 28, 2020 to investigate a spike elk that had been shot and left to waste. The elk was found south of Bray Lake off of Dead Horse Cave Road. It is believed that this bull was killed on November 27, 2020. Officers also found that two other elk had been killed close to the bull as evidenced by two gut piles left after field-dressing. It is believed that all three elk were killed at the same time. 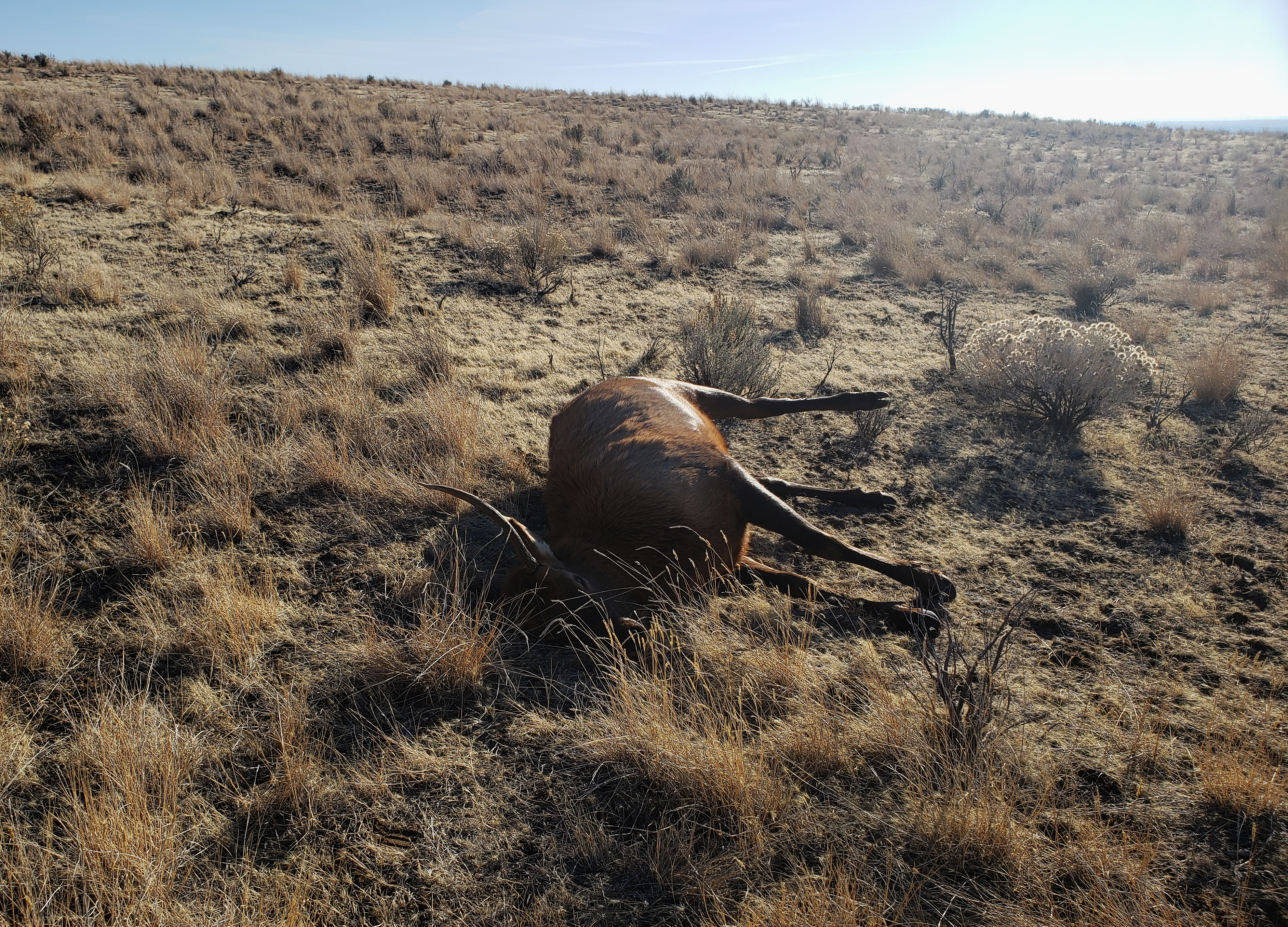 Spike bull elk killed by a poacher and left to waste in Gooding County, north of Bliss.

“Investigating poaching cases is often difficult” according to Senior Conservation Officer Austin Dupuis, “because physical evidence is often lacking we have to rely on the help of the public who might have seen something that will help us solve the case. I want to encourage anyone with knowledge about either of these cases to give me a call.”

Officer Dupuis encourages anyone with information about this case of take during a closed season and wasteful destruction of wildlife to provide this information to Fish and Game. Confidential reporting can be done several ways and can result in a reward for information leading to the conviction of the individual or individuals involved in this case.