Use soda to make a flavorful ponzu sauce 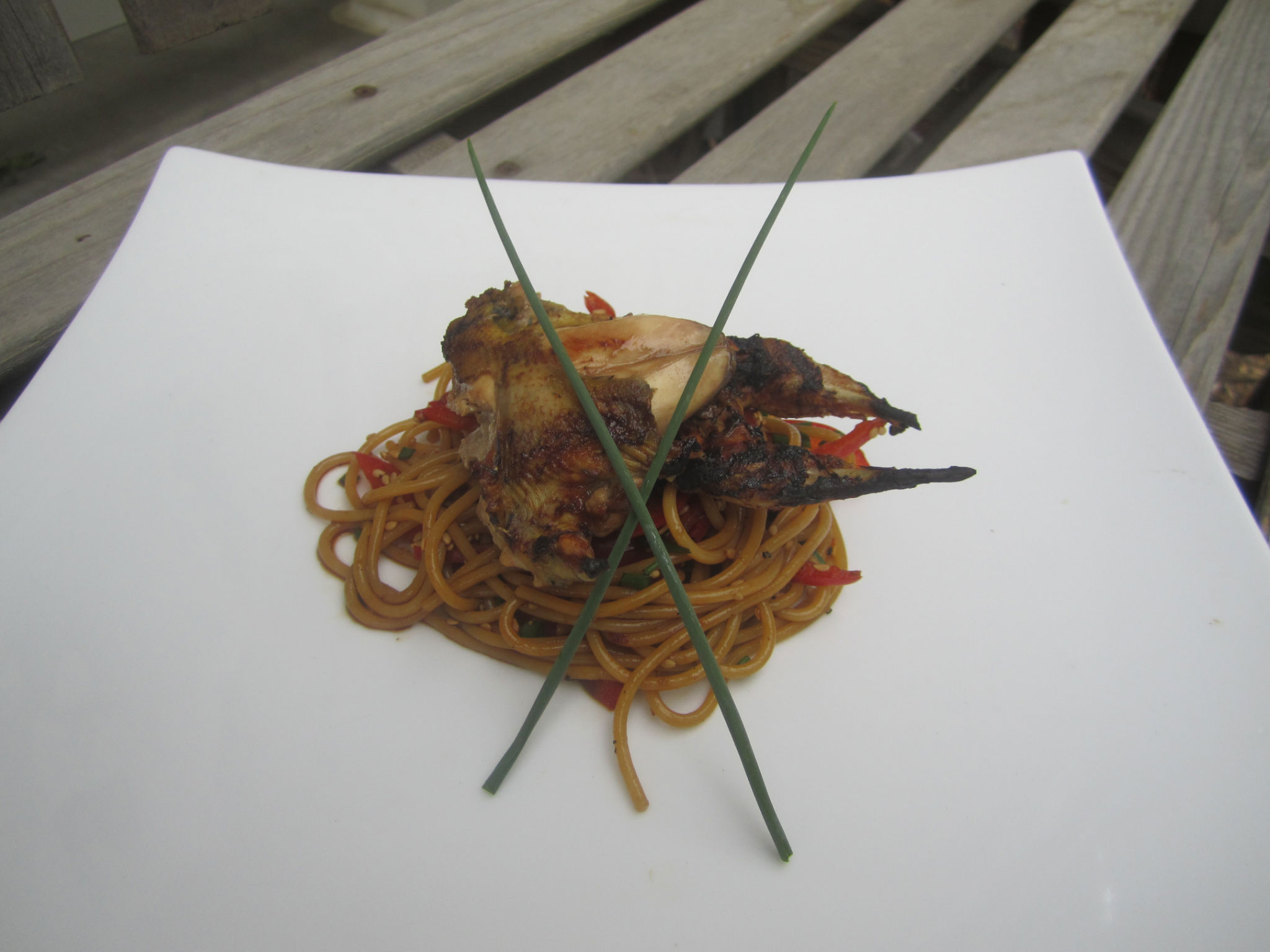 Randy King is a recipe contributor to Idaho Fish & Game and lives in Nampa, Idaho. He is a trained chef, passionate hunter and angler, author of the cookbook “Chef in the Wild,” and has written food articles in numerous national publications.

One day while hunting along the Snake River, my buddy and I played “hop-scotch-boats” with another group of hunters. It never failed that when they would float past us - a covey of quail would flush. The boaters would offer shooting suggestions to us after we shot (often unsuccessfully) at the birds. Comments like “Oh! Just missed!” and “A little behind that one!” could be heard. They thought this was hilarious, though at the time Ryan and I were not as amused.

It occurred to me later that this was a classic case of armchair quarterback, and an example of shared humor among people participating in the same activity. Most hunters I know, myself included, are fantastic at giving advice but struggle in the application.  I would be lucky to get one in five birds, but still have expert advice on shooting tips, chokes, strategy.  And in the end, the memories live on because the “misses” are the ones our friends don’t let us forget. 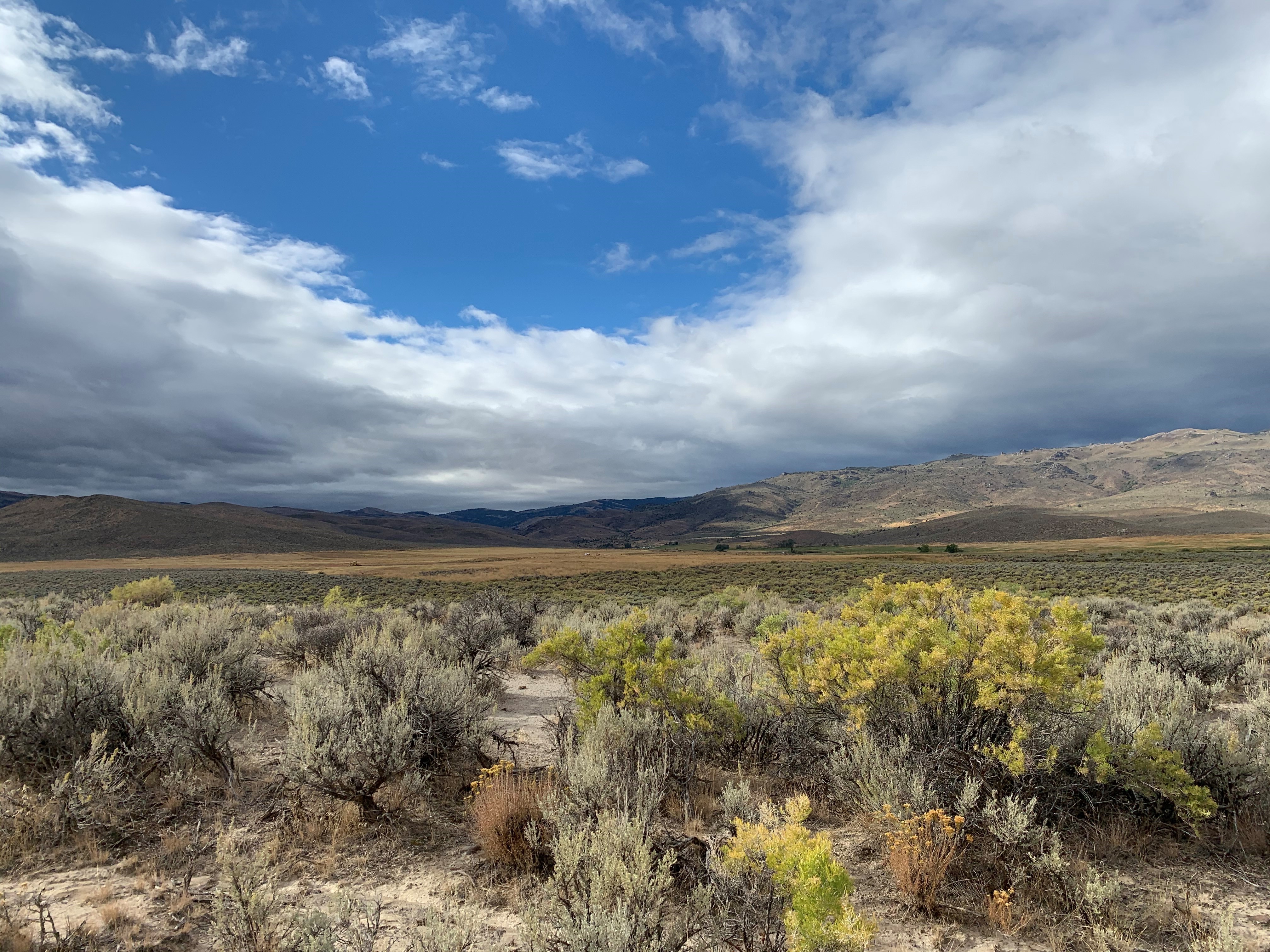 To “smash” the quail lay them on their backs and press firmly down on the breast. This will flatten out the bird, allowing it to cook more evenly.

Another option for a “smashed quail” it to spatchcock it by cut the backbone and ribs out of the bird with a pair of kitchen scissors. Place the bird breast side down and cut on along both sides of the backbone. Remove the rib cage with two additional cuts, and press flat. 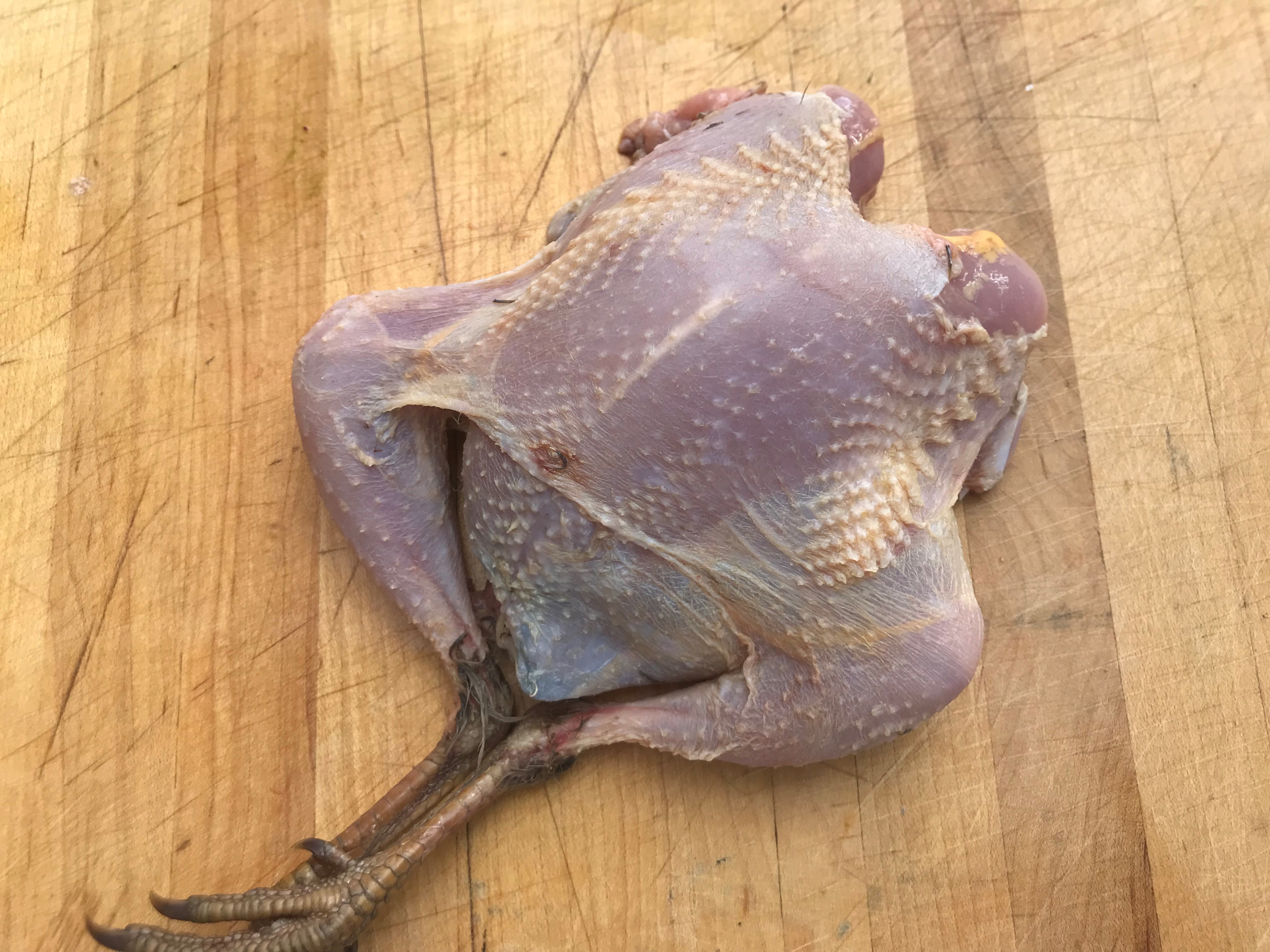 Like many people of my generation Mountain Dew was a food group growing up. The drink has two major flavors in it – citrus and sugar. A classic Asian-style ponzu sauce has three flavors – citrus, sugar and soy. Use the Mountain Dew as a base and you are 2/3 the way to a ponzu sauce.

Add all of the ingredients to a small sauce pan, and bring to a simmer for 10 minutes. Chill to room temperature. Remember to save a small amount of ponzu, that will not have raw meat in it, for pouring over the final cooked dish.

Put the quail and ponzu sauce in a Ziploc bag, and marinate in the fridge overnight.

Place marinated quail on a heated grill, and pour small amounts of the marinade over the meat. The ponzu is high in sugar so be careful not to burn the bird. Repeat until a firm crust of sauce forms on the bird.

With this recipe any type of round noodle will work. I have used angel hair and spaghetti in the past. Soba noodles are just a Japanese take on the thin round noodle made from wheat. You can find dried or fresh soba noodles in most grocery stores.

Toss all ingredients in a bowl. Mix zest and juice evenly. Season with salt and pepper.

Bringing it all together

Place a portion of soba noodle in the center of a plate. Pour a small amount of mountain dew ponzu around the noodles. Top with hot “smashed” quail and enjoy!