2017 total deer and elk harvest above average, but mule deer was down

Hunters took more elk and white-tailed deer in 2017 than in 2016, but mule deer harvest was down. With a much milder winter so far, Fish and Game biologists expect the drop in mule deer harvest to be short lived as herds recover from last year’s difficult winter across Central and Southern Idaho. 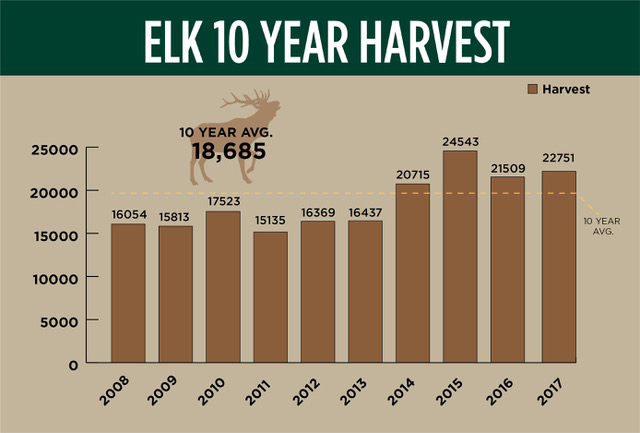 Fish and Game increased cow hunting opportunities to reduce herds that are causing damage to private lands in parts of the state.

Idaho’s elk herds have grown in recent years thanks in part to mild winters, but elk don’t typically suffer the same fate as mule deer when winter turns colder and snowier.

“Elk are much hardier animals and less susceptible to environmental conditions,” Fish and Game Deer and Elk Coordinator Daryl Meints said. “It has to be a tough winter to kill elk.” 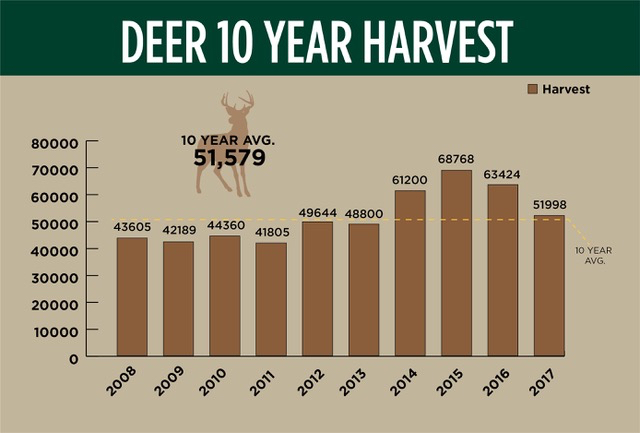 The 2017 deer harvest dropped by 11,426 animals compared with 2016, which included a slight increase in white-tailed deer harvested, but 11,574 fewer mule deer harvested.

In response to last year’s hard winter, Fish and Game’s wildlife managers reduced antlerless hunting opportunities for mule deer in 2017 to protect breeding-age does and help the population bounce back more quickly. That resulted in 2,517 fewer antlerless mule deer harvested.

Fish and Game’s mule deer monitoring last winter showed only 30 percent survival for fawns, which was the second-lowest since winter monitoring started 20 years ago. Those male fawns would have been two-points or spikes in the fall had they survived, which typically account for a large portion of the mule deer buck harvest. Harvest statistics showed hunters took 3,709 fewer two points or spikes in 2017 than in 2016.

Mule deer tend to run on a “boom and bust” cycle, and “every few years, you’re going to have a winter when this happens,” Meints said.

However, it tends to be fairly short-lived unless there are consecutive winters with prolonged deep snow and/or frigid temperatures. While mule deer hunting was down, whitetail hunting remains solid and stable, and hunters took more whitetails than mule deer last fall, which is rare for Idaho.

Northern Idaho had an average winter last year, and whitetails in the Panhandle and Clearwater continue to thrive after a series of mild-to-average winters there.

“We don’t have as much telemetry-collar data like we do with mule deer, but there’s no reason to believe we haven’t had higher-than-normal survival of whitetail fawns and adults, and the harvest data supports that,” Meints said.

While last winter’s above-average snowpack in Southern and Central Idaho took its toll on fawns, it also provided a lot of moisture that grew lots of food for big game animals. Many animals went into winter in great condition, and so far, weather has been mild compared to last year.

A mild, or average, winter typically grows herds because a larger proportion of the fawns and calves survive, which is a critical time for their passage into adulthood.