An invasive frog in the wetlands of North Idaho is triggering climate related habitat work on one of Idaho Fish and Game's Wildlife Management Areas. In recent years warm temperature loving American bullfrogs have been making their way north along the Kootenai River Valley toward the Boundary-Smith Creek Wildlife Management Area (BSCWMA) near the US-Canadian border. Bullfrogs threaten native amphibians and pose an immediate threat to the last natural colony of native Northern leopard frogs in the northwestern portion of that species range. This bullfrog invasion has spurred emergency international bullfrog control actions and inspired Idaho Fish and Game and partners to obtain funding to manage the WMA to benefit several climate sensitive Species of Greatest Conservation Need (SGCN) including native amphibians, bumblebees, slugs, and bears. Multiple conservation actions will be implemented in the Forested Lowland Ecosystem as directed by Idaho's State Wildlife Action Plan.

Fish and Game and the Yellowstone to Yukon Conservation Initiative (Y2Y) have partnered to secure three grants totaling $549,624 to conduct climate adaptation habitat restoration work on BSCWMA from 2018-2020. A grant for $224,624 was awarded to Y2Y by the Wildlife Conservation Society Climate Adaptation Fund and two grants totaling $325,000 were awarded to IDFG by the US Fish and Wildlife Service.

“Climate change can seem like such a daunting problem people sometimes feel like they can’t contribute to solutions,” says Lacy Robinson, Project Coordinator at Y2Y. “This project will not only demonstrate proactive actions we can take to help species adapt to climate change, but the citizen science component will allow local citizens to be part of that solution.”

"The broad-scale habitat treatments funded by these generous grants will allow us to address limitations faced by Idaho SGCN's, all within the main BSCWMA management directive of providing outstanding waterfowl habitat," says Fish and Game Regional Habitat Biologist Evan DeHamer.

The globally changing climate brings local habitat shifts that SGCN's may not be able to adapt to without human intervention. Fish and Game WMAs provide an opportunity to pro-actively manage habitat to assist climate sensitive species as our Inland Northwest summers get hotter and drier and our winters get warmer and wetter. An important part of the grants will be working with additional partners to engage hundreds of local citizen scientists to help with tasks ranging from tree planting to collecting local wildflower seeds.

“Climate change has increased the urgency for wildlife conservation beyond belief,” says Michael Lucid, Fish and Game Regional Wildlife Diversity Biologist. “Instead of targeting just one species, innovative and well executed projects like this help make up for lost time by benefiting many species in one effort.”

These grants will allow us to manage the WMA in such a way that the effects of climate change are mitigated on a local level. Compared to the surrounding areas the actions we implement on the WMA will decrease air and water temperatures, increase forest cover and soil moisture content, restore natural hydrological cycles, and provide food and cover for not only the SGCN but also upland game, big game, waterfowl, and many other non-game species. Following are specific climate adaptation strategies and which SGCN they will benefit:

Climate Strategy: The forested lowlands of the Kootenai Valley historically flooded on an annual basis. Restoring part of this hydrologic function will allow native amphibians to breed while dis-allowing non-native bullfrogs from successful breeding. The native amphibians complete their lifecycle - from laying eggs to tadpoles turning into adults - in a single season. Warm weather bullfrogs however, take multiple years for tadpoles to turn into adults. Allowing breeding areas to dry up at the end of the season means bullfrog tadpoles will not survive the winter and be present the threaten the native amphibians when they arrive to breed the next year.

Climate Strategy: Bumblebees and pale jumping slugs are cool air associated species that need local pockets of cool air and quality habitat. We will use heavy equipment to move dirt and create semi-shaded areas on the WMA. We will plant wildflowers and shrubs which will provide food and shelter for bumblebees, increase available soil moisture for pale jumping slugs, and reduce local air temperature for all three species. 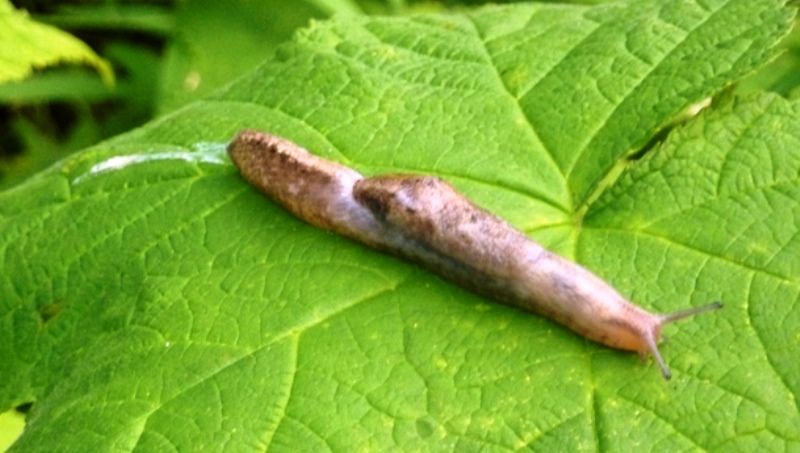 Climate Strategy: We will develop a volunteer citizen science program to collect wildflower seeds from local sources which will be used to plant the cool air microrefugia. This will not only enable us to obtain locally sourced seeds but enable a climate outreach and education tool. 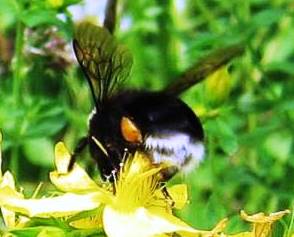 Climate Strategy: Grizzly bears use BSCWMA on a regular basis, especially in the spring. Providing ample cover and food sources for grizzly bears will increase the permeability of this important wildlife corridor. Reforestation efforts will also provide pale jumping slugs with additional habitat that will increase the soil moisture content and reduce the local air temperatures which are both critical for this species.

"Improvements made to portions of the WMA under the scope of this project will enhance cover types and forage for ducks, geese, upland birds and big game. We also hope community awareness and involvement over the course of the project will encourage folks to come out and enjoy the WMA's wildlife for years to come," says Fish and Game Regional Habitat Biologist Evan DeHamer.