The MK Nature Center in Boise received 15 live adult sockeye salmon on Aug. 17 that are on display in the outdoor Alpine Lake aquarium. The fish were trapped in July at Lower Granite Dam while Fish and Game biologists were trapping and hauling sockeye to the Eagle Hatchery.

After genetic testing, it was discovered these fish were Columbia River sockeye that strayed into the Snake River. Unlike Idaho’s Snake River sockeye, these fish are not endangered, so Fish and Game staff and volunteers were able to transplant them to the MK Nature Center so people can see them.

The MK Nature Center is located at 600 S. Walnut St. and open daily from daylight until dusk. The sockeye will remain in the aquarium until late September or October when they will attempt to spawn and later die.

Fish and Game continues to collect Idaho’s Snake River sockeye in the Stanley area. Those fish will be transferred to the Eagle Hatchery and later spawned at the hatchery or returned to Redfish Lake or Pettit Lake to naturally spawn.

Here are the fish being released into the MK Nature Center's Alpine Lake aquarium. 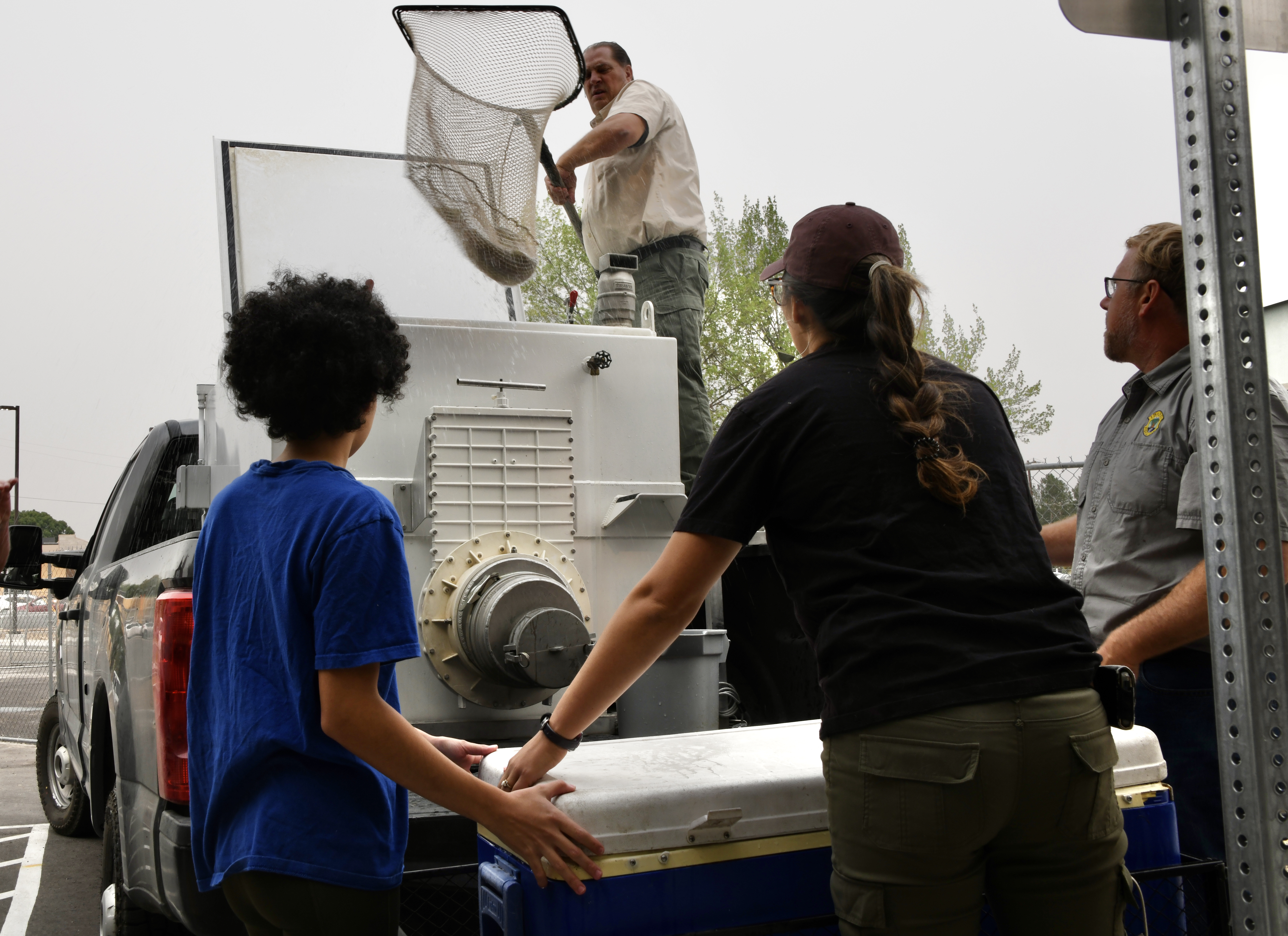 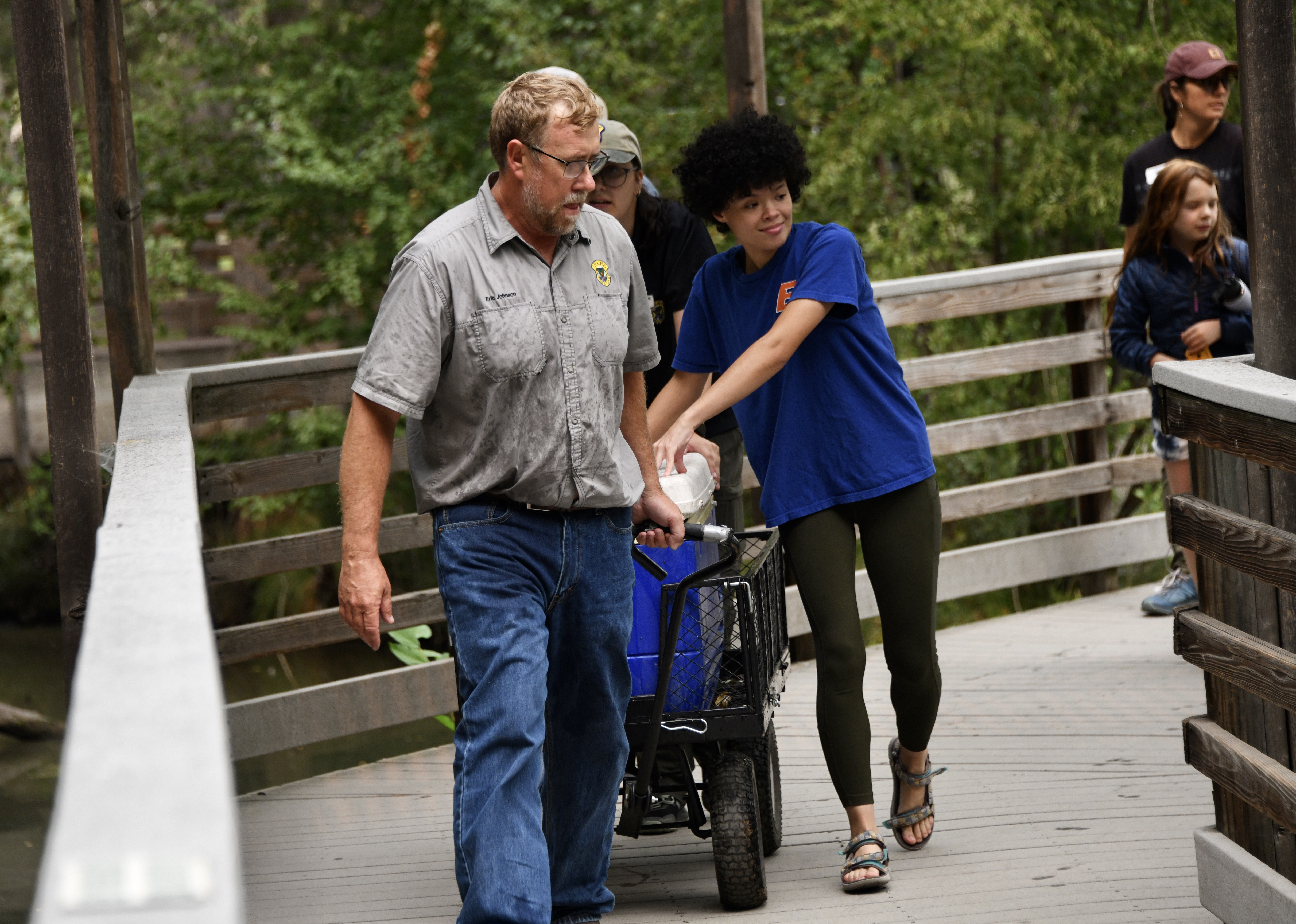 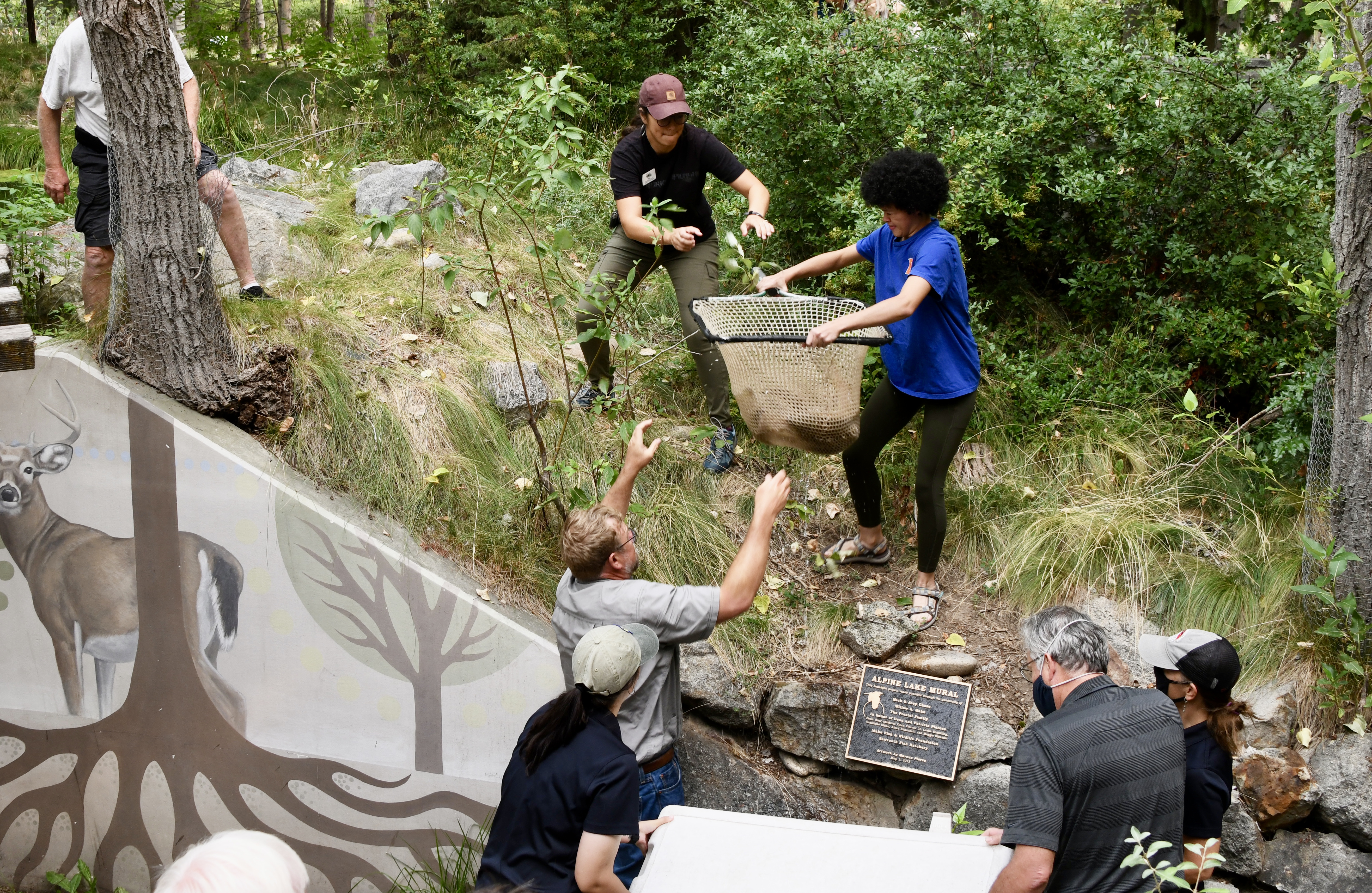 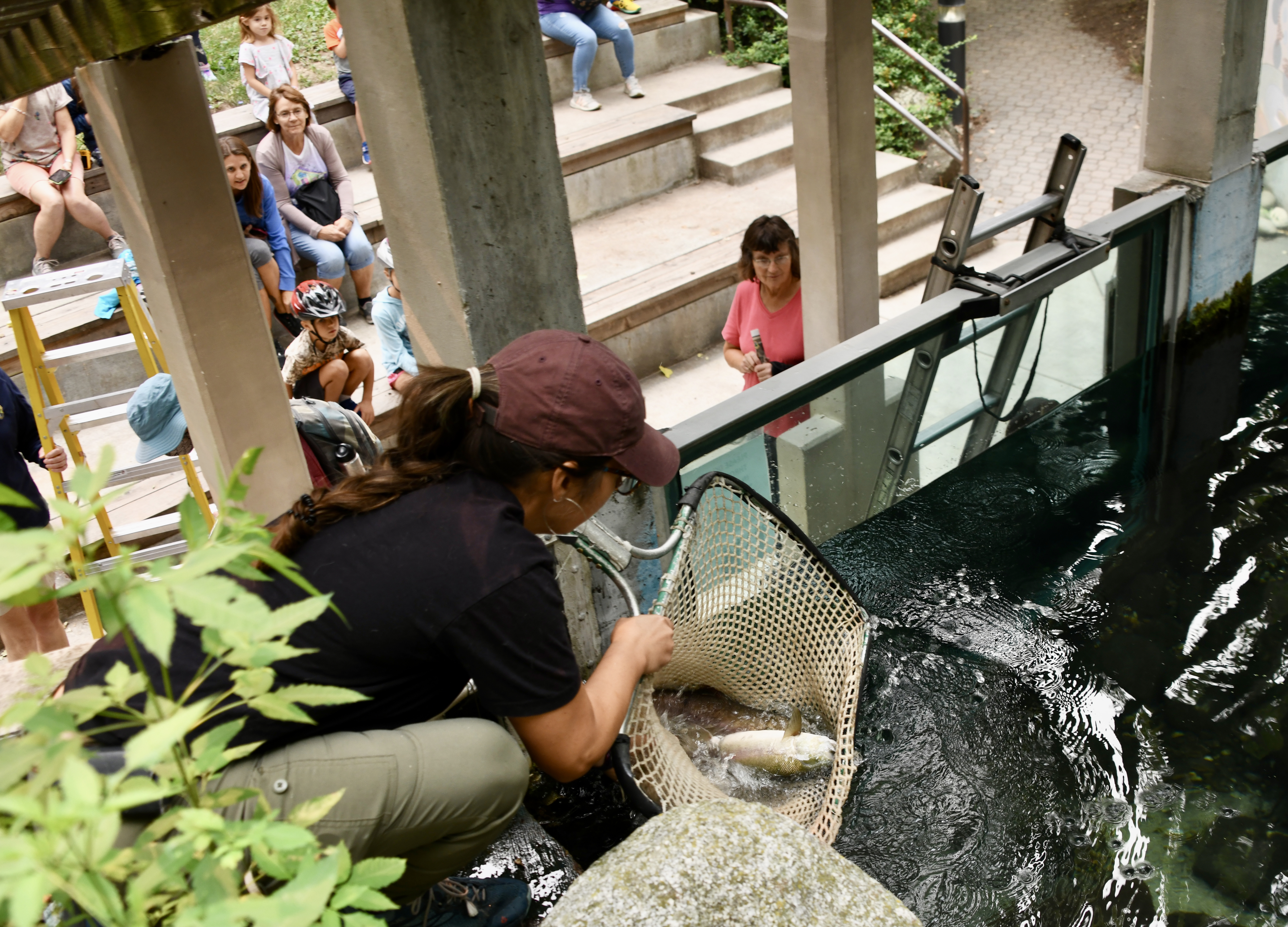 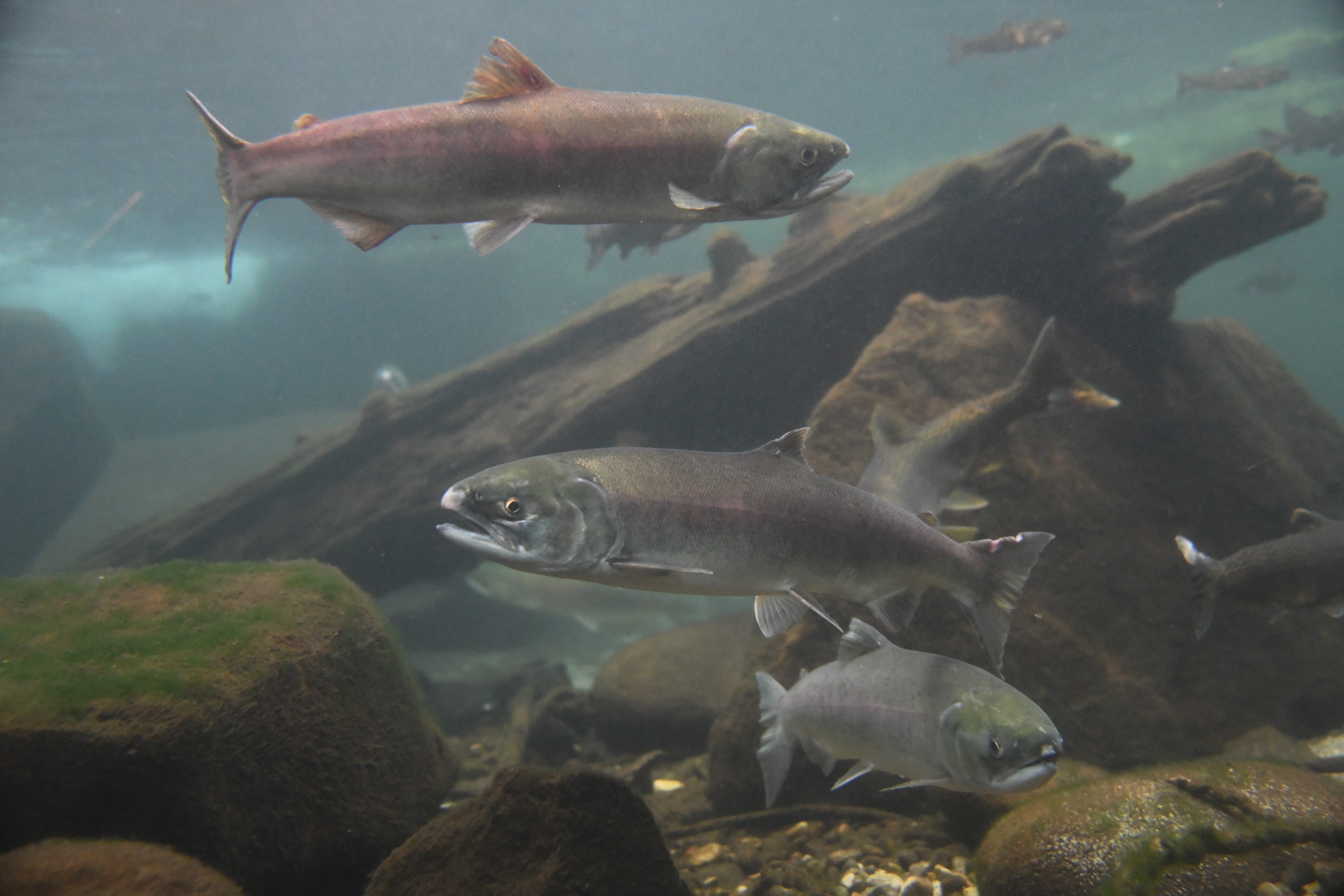 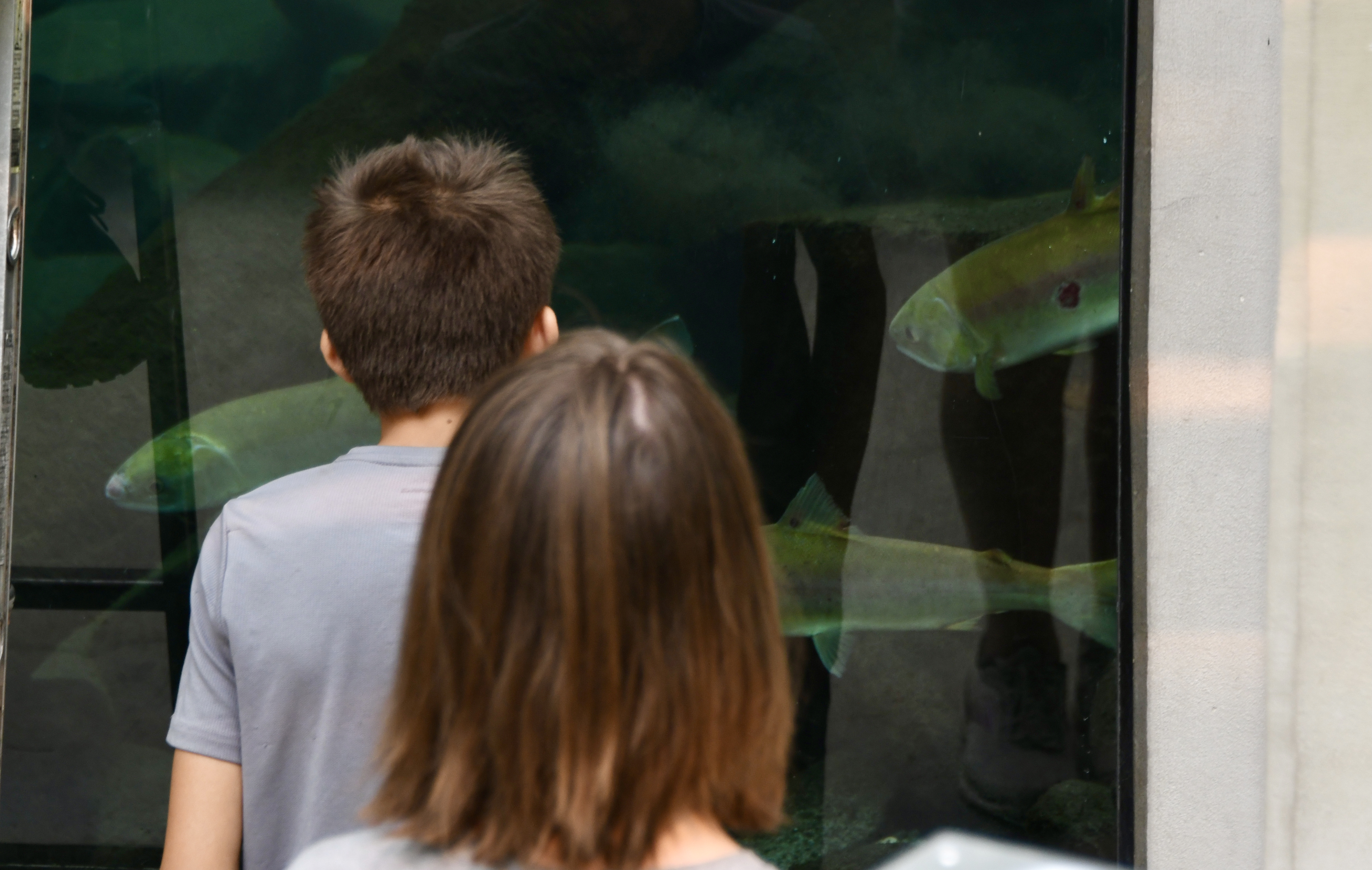 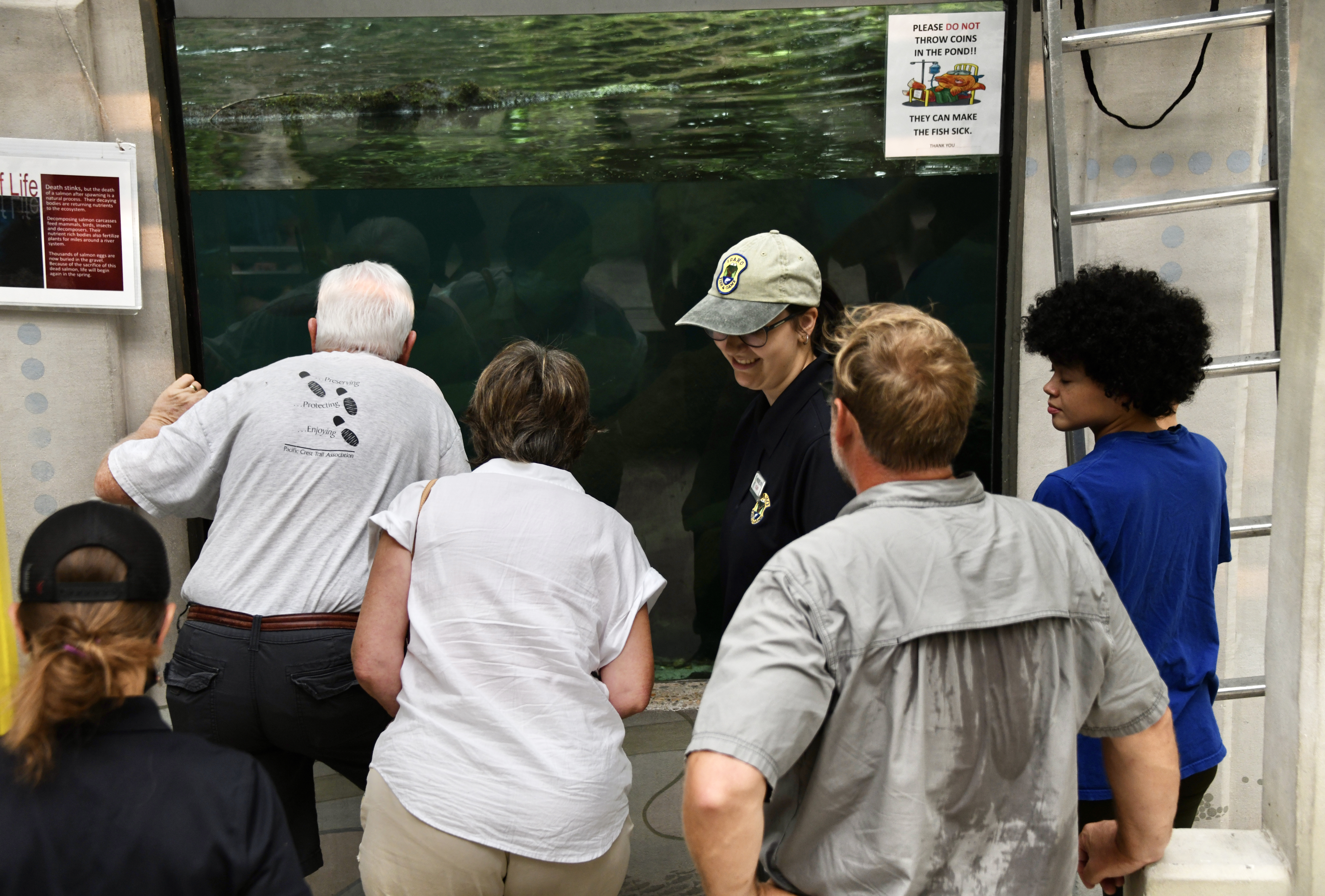 Can you spot the sockeye in this video?