In two separate events, a total of eight elk were found dead in the Salmon Region after apparent poisoning from eating Japanese yew, a common yet toxic landscaping shrub.

“Three elk were reported by a sportsman near North Fork and five elk were found on and adjacent to the golf course in Challis” said Greg Painter, Fish and Game wildlife manager.

Field and lab necropsies indicated the elk were in good physical condition but had Japanese yew twigs and needles in their rumen.  The cause of death was determined to be yew toxicity.  The animals in Challis all died in close proximity of an identified source of Japanese yew.  Fish and Game is still searching for the source of yew in the North Fork area. 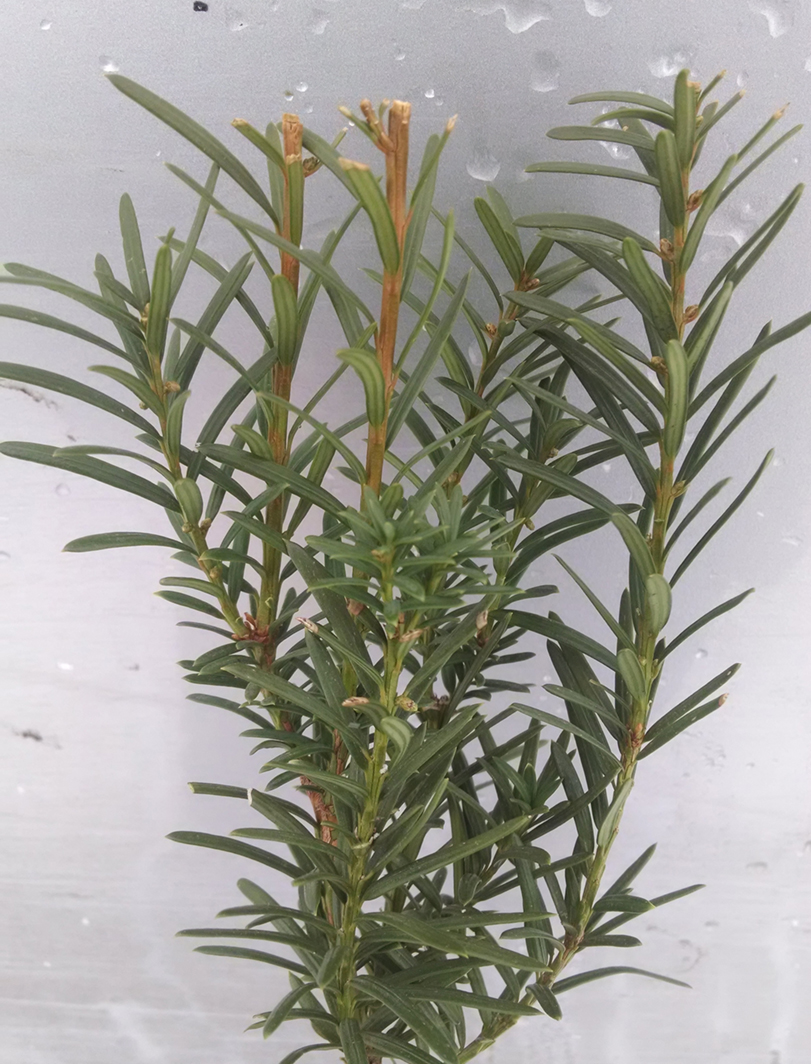 Japanese yew or Taxus cuspidate, is a common landscaping shrub, despite the fact that its soft, waxy needles are fatal to a variety of species including elk, moose, antelope, horses, sheep, dogs and even humans. A small handful of yew needles are enough to kill an adult elk.

In some locations, this year’s winter weather is pushing big game animals down near homes increasing the likelihood that Japanese yew plants will be encountered.

Earlier this winter, a group of eight elk died near Boise and a herd of 50 pronghorn antelope were found dead near Payette, all victims of the same toxic shrub.

Because of the risk, Fish and Game urges homeowners to inventory their property and remove and landfill any Japanese yew that might be growing at their residence. Alternatively, the plants can be wrapped with burlap to prevent access by big game animals.