I would like to salvage this animal and agree to the terms of salvage:
No
I safely, humanely, and lawfully dispatched this injured animal:
No
Parts Salvaged:
None

Species:
American Kestrel (Falco sparverius)
Species Confidence:
I'm absolutely certain
Count:
1
Count Type:
Absolute
Sex:
Female
Life State:
Dead
Life Stage:
Juvenile
Disposition:
Moved to Ditch
Decomposition:
Fresh
Species Account:
Second-Year (because it was found on January 1st [less than 1 year old by synchronous tail feather fault bars]) female American Kestrel by plumage. This bird was previously banded by me and my team on November 22, 2019, 200 meters away from where this mortality occurred (have also reported band recovery to Bird Band Lab). Found on the center line of Beacon Light Road north of Eagle, Idaho. We estimate that the bird had been dead for less than 1 hour as the blood was not fully clotted. Note, we moved the carcass off of the road for photographs for our own personal safety.
Photo(s): 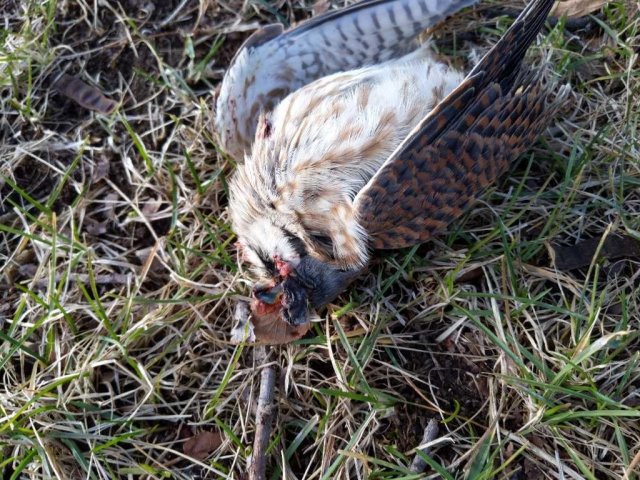