Species:
Wolverine (Gulo gulo)
Species Identification Confidence:
I'm absolutely certain
Observation Method(s):
Individual(s) Observed (seen)
Observed Individual(s) in Hand or Close Range
Heard Vocalizations
Photographed
Count:
1
Count Type:
Absolute
Sex:
Unknown
Life State:
Alive
Life Stage:
Unknown
Species Account:
Wolverine was first seen at about 6:45am at Rough Lake. Total observation time was 10-15min. It appeared to slightly smaller than one other wolverine that I saw about 3 years ago. I was wondering if it was not yet full grown? The entire time it was interacting with an otter that had been swimming in the lake. My thoughts were that the wolverine had never seen an otter, and the otter had never seen a wolverine, and they were checking each other out and trying to determine where they ranked in the food chain. The otter would swim up to the bank where the wolverine was standing and the wolverine would run back to a small patch of trees. The otter would come out of the water and roll on the ground and jump back in the lake. The wolverine would then run back out to lake and stare at the otter. This happened several times. They both seemed curious and not aggressive at all. The wolverine made some higher pitched vocalizations that did not seem aggressive. Eventually the wolverine retreated to the patch of trees and didn't come back out after 30min and I stopped watching. The otter continued to swim in the lake. Rough
Photo(s): 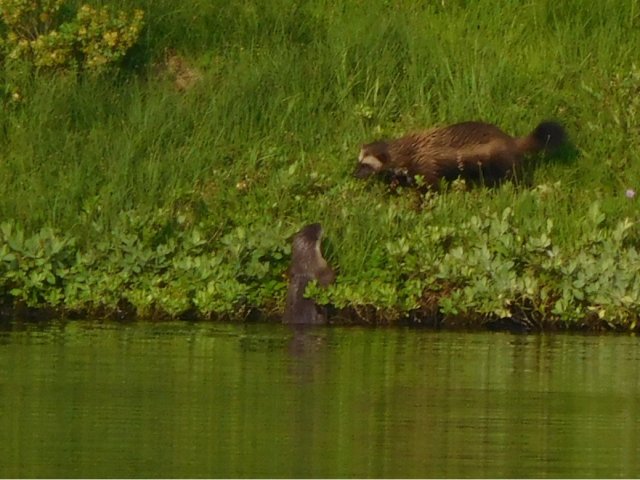 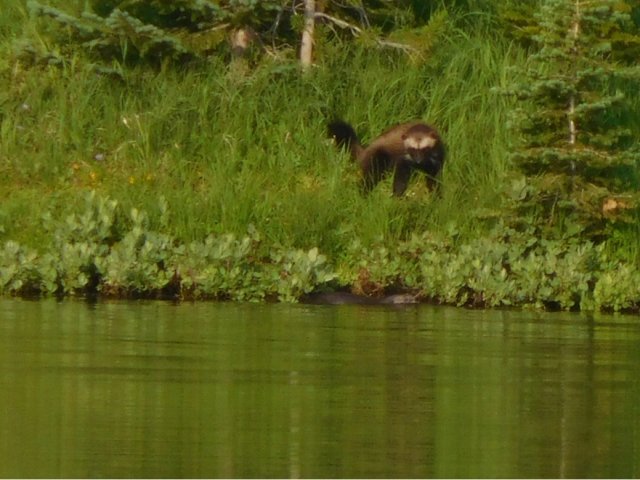 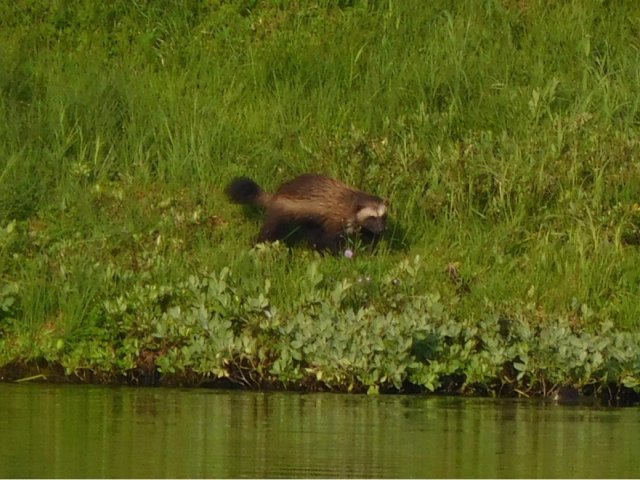 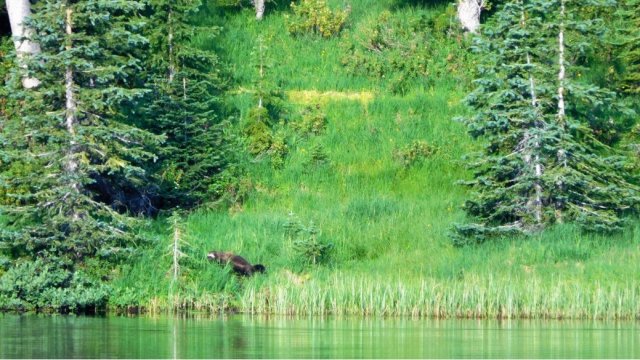 Identification Tools:
I have seen one other wolverine in person. I have seen them in pictures and on tv. Picture attached.
Survey Method:
Incidental Observation
Location Unresolveable:
No
Source Type:
Animal Observation Report (Sightings)
Verification Status:
Verified