Species:
Wolverine (Gulo gulo)
Species Identification Confidence:
I'm very confident
Observation Method(s):
Individual(s) Observed (seen)
Sample Collected
Count:
2
Count Type:
Absolute
Sex:
Unknown
Life State:
Alive
Life Stage:
Unknown
Species Account:
It was just the last 10-15 minutes of daylight when we saw something moving across the snow field on the other side of the lake. We stepped out onto a rock on the edge of the lake to get a better look. We saw what we believe to be two wolverines. They seemed to be about the same size, I wouldn't say they were small. They chased each other around on the snow and then spend a couple of minutes tussling in one spot (aka the Romp Spot). There interactions seemed playful, not aggressive. As the light was waning, they continue to move around the south end of the lake. We watched them until it was just too dark to see them anymore. It was too dark to take any pictures but the next morning I went around to where we saw them and took pictures of the tracks and collected hair samples to send to Diane Evans Mack for DNA analysis. Hours before, a couple (Noah Geier) who had hiked down from Washington Lake said they had seen a wolverine and showed me the pictures they took.
Photo(s): 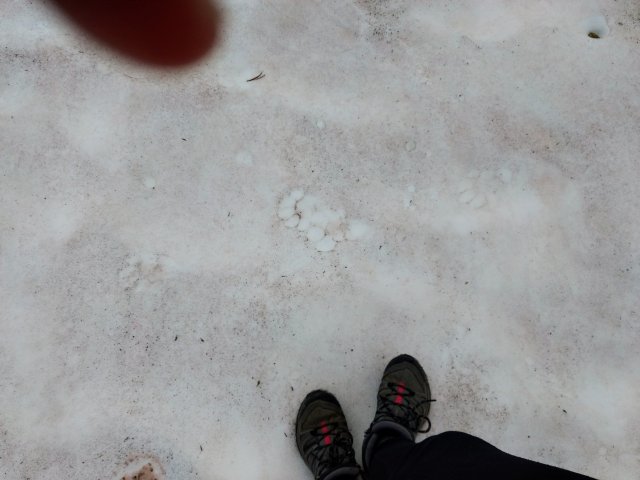 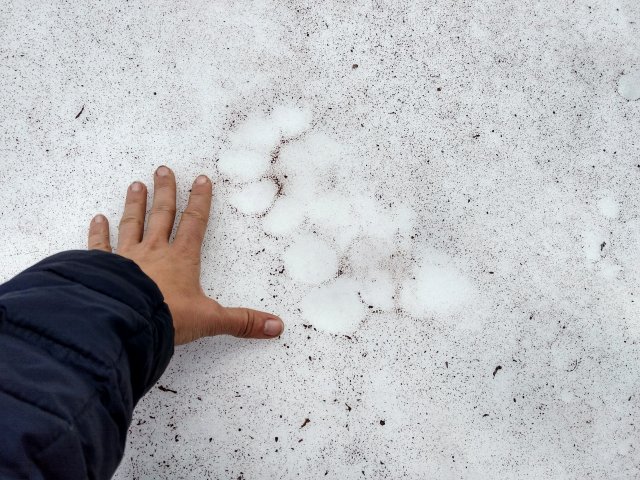 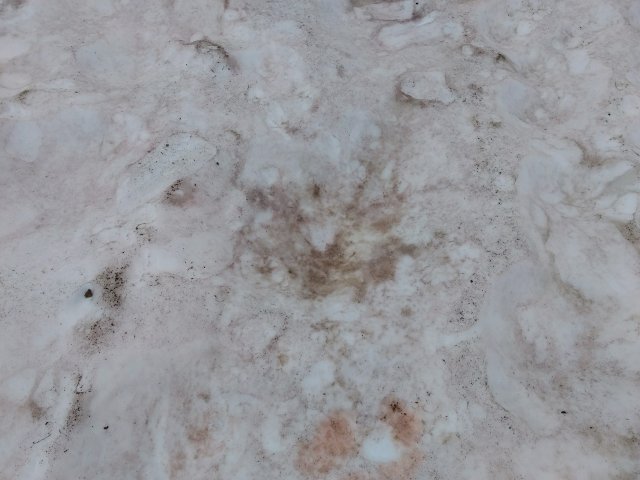 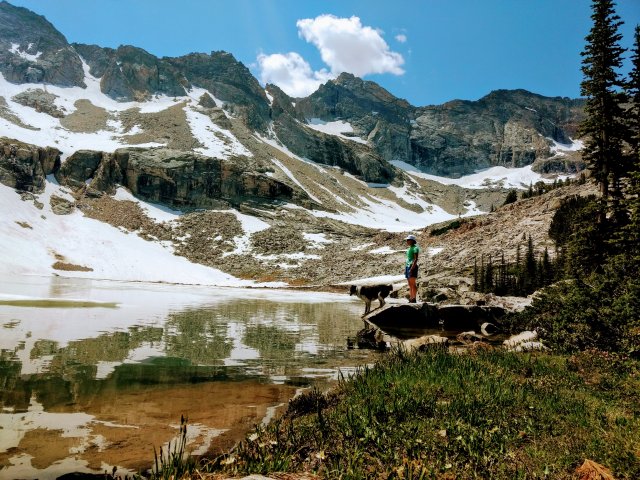