I would like to salvage this animal and agree to the terms of salvage:
Yes
Parts Salvaged:
Whole Animal

Species:
Mule Deer (Odocoileus hemionus)
Species Confidence:
I'm absolutely certain
Count:
1
Count Type:
Absolute
Sex:
Female
Life State:
Dead
Life Stage:
Unknown
Disposition:
Unknown
Decomposition:
Unknown
Species Account:
I was driving south on Highway 21 approaching the divided highway when I saw two dead doe, one on either side of the highway. One was a mature and the other was a yearling/fawn. I pulled over to move them from the roadway and began to load one up when another guy pulled up behind me and told me he was the one who hit them. We decided he would take the yearling doe and I took the mature doe.
Photo(s): 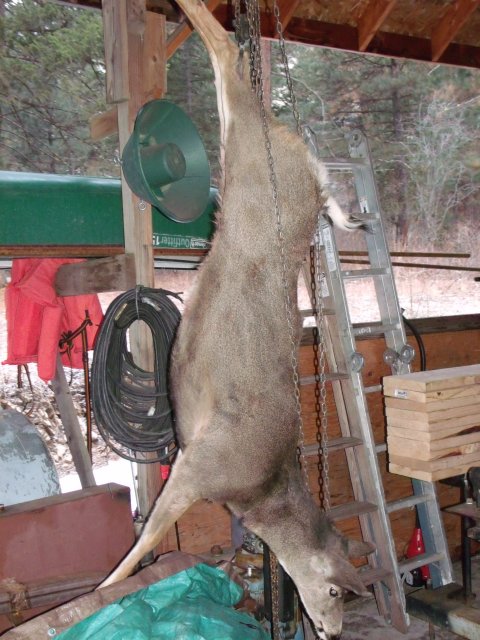