Wildlife and wildfires, it's a complicated relationship 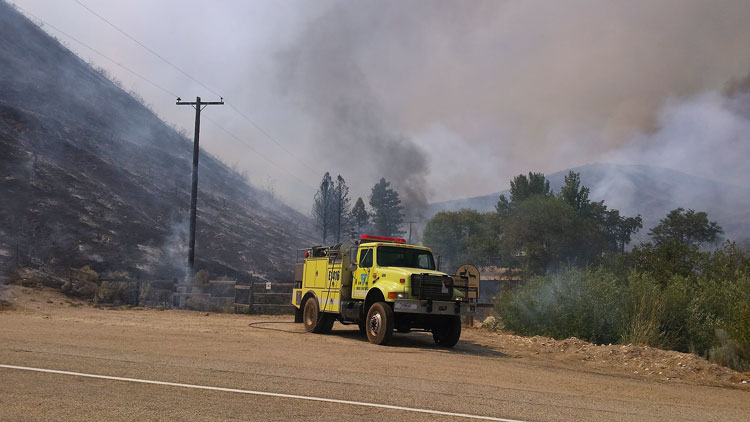 As summer ended, nearly 190,000 of acres of land burned in the Pioneer Fire north of Idaho City. It was the largest fire in Idaho this summer, and it joins a long list of large wildfires that burned across Idaho’s deserts and mountains in recent years, including:

Idaho has a variety of elevations, topography and landscapes from low-elevation deserts to alpine peaks. Each of these have different natural fire cycles and recovery periods.

In some cases, fire has been suppressed too long, such as in parts of the Clearwater area in North/Central Idaho. Fish and Game is working with the Forest Service to do strategic burning known as “prescribed fires” to break up dense forests and creates openings that benefit elk and other wildlife.

It’s too early to assess the full effects of the Pioneer Fire, but if it’s similar to previous fires in the area, “it could create a lot of good elk habitat,” according Fish and Game habitat biologist Jerry Deal. 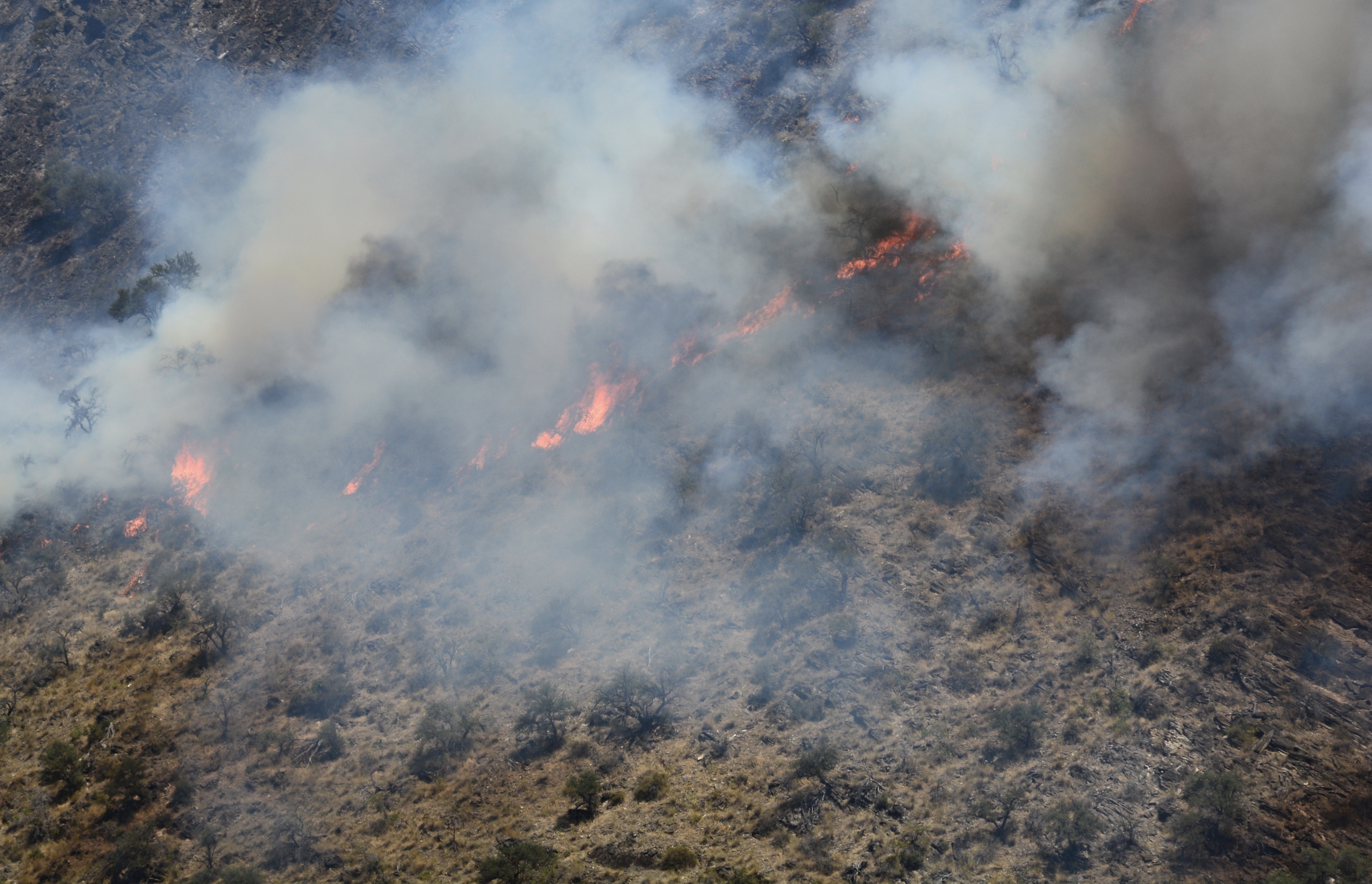 Fire is one way landscapes reboot and regenerate, and depending on the terrain and elevation, a normal fire cycle can be anywhere from a few years apart to decades apart, or even centuries. Those longer timelines are difficult for people to comprehend because the land has looked the same for most, or all, of their lives.

“We get caught up in this mindset that how the land looks now is how it’s supposed to look,” Walker said. “When fire hits, the landscape has suddenly and drastically changed, and people fear it’s been devastated. That’s a natural reaction.”

Fish and Game habitat managers are focused on rehabilitating those WMA properties so they can provide important winter range for big game and year-round habitat for all types of native wildlife.

“Our WMAs have a specific purpose, and if something affects that purpose, we’re likely to spend money to fix it,” Walker said. “I think we can get these landscapes back quicker than if we just leave them alone.”

If wintering deer and elk go off the WMAs, they can cause problems for private landowners, or wander into cities and create safety hazards for motorists. Fish and Game officials are making plans to give nature a boost in rehabilitating the burned land.

Challenges of dealing with wildfire

While wildfire is natural, it knows no boundaries, and it can harm people and private property, even if its benefitting wildlife habitat, which is one reason legions of firefighters put most fires out.

Landscapes typically recover, but there’s no guarantee prime wildlife habitat will return to its former state, and rehabilitation can be expensive and time consuming.

After a fire, several things can occur. When fire burns in low elevations, such as sagebrush and grass landscapes often referred to as “sagebrush steppe,” some plants quickly recover.

Grass and leaves on shrubs may burn, but the roots are usually undamaged. In some cases, plants start sprouting almost immediately after the fire, while other times it might take a good rain to get it regrowing, or the following spring.

Other plants, such as sagebrush and bitterbrush that provide important winter food for deer, can take much longer to regenerate because they often have to regrow from seed.

There’s also the matter of invasive weeds such as cheat grass and medusa head rye grass, which can quickly take over after a fire. These grasses sprout before the native grasses, deprive desirable plants of water, and also cure faster and become extremely flammable. Invasive plants also fill natural gaps between sagebrush and other native plants, which makes bridges for fire between plants.

When invasive grasses encroach and get firmly established on the landscape, fires burn more frequently. That can lead to invasive plants dominating the landscape and make future fires larger and more intense, burning huge swaths of the landscape rather than small patches at a time.

“We’re not typically seeing those smaller, patchy fires that might have burned hundreds of years ago,” Moser said.

However, even with larger fires, the landscape is rarely decimated. Wet areas tend to bounce back quickly and flourish, and some trees, such as aspens, quickly regenerate after a fire and provide excellent habitat for wildlife.

Moser noted the the 2007 Murphy Complex fire burned about 483,000 acres in Southern Idaho and Nevada, including important sage grouse habitat and breeding grounds. Less than decade later, much of the area appears to be recovering.

“Sage grouse numbers in that area are back to where they were before the fire,” she said. “The birds are doing pretty well, so it’s not all doom and gloom.”

Habitat biologist Deal said the “ideal equilibrium” for lower-elevation sagebrush country is fires burning decades apart and removing patches of the older plants that are replaced by younger, fast-growing ones.

But if weeds get established, it’s a constant battle to keep them in check while allowing native plants to recover.

“You can’t kill weeds and not kill native vegetation,” he said.

Deal said wildfires are typically an annual occurrence on the WMA, and “it would be a pretty unusual year if we didn’t have any.”

Frequent fires followed by invasive weeds can mean “we may never get back to the desired habitat condition.”

Fish and Game and volunteers will give Mother Nature a helping hand by gathering sagebrush seeds this winter and replanting seedlings next spring or fall. There’s no way of knowing when prime conditions are coming, so WMA managers do replanting whenever they have plants and crews available and hope that nature cooperates.

It’s always a gamble, because a dry spring may kill many, or most of them, while a wet spring will help them flourish.

“We will get the plants in the ground and hope we get the right conditions,” Deal said.

Deer and elk will soon return to Fish and Game’s wildlife management areas to spend winter, and Deal said there’s likely enough unburned forage to sustain them on the Boise River WMA.

“If we have a winter similar to the last few years, we should be in good shape,” he said.

But a harsh winter with deep snow, or extremely cold temperatures, could cause problems, so WMA managers always have contingency plans, such as winter feeding, if the need arises.

Walker said it’s hard to know what will happen at Tex Creek because it hasn’t had a large fire in a while. Elk tend to “do whatever they want,” and the fire is less likely to affect them because they will find someplace where there’s forage and security. This can cause additional problems depending on where elk end up.

Mule deer can be very loyal to their winter range and return to the same place even if there’s no food or cover, which could be bad in a difficult winter, but migrating farther could push them onto private land and create other problems.

Fish and Game is meeting with the other land management agencies and the public to plan for the WMAs’ immediate needs and long-term rehabilitation.

There’s also many opportunities during fall and winter for volunteer projects to help in Southern Idaho starting Saturday, Oct. 1. Here’s the schedule and contacts.