In two separate trapping efforts in 2020 and 2021, 30 elk were translocated into central Idaho from the Little Camas region to reduce the size of an elk herd with a history of chronic crop depredations on private land.

Fish and Game biologists have wrapped up their trapping efforts in the Little Camas region of southern Idaho. The trapping project was aimed at reducing the size of the local elk herd that has a long history of living almost exclusively on private property and depredating on agricultural crops. Efforts to haze and reduce the size of the local herd have been successful in reducing the amount of depredation claims over the past three years in this area. 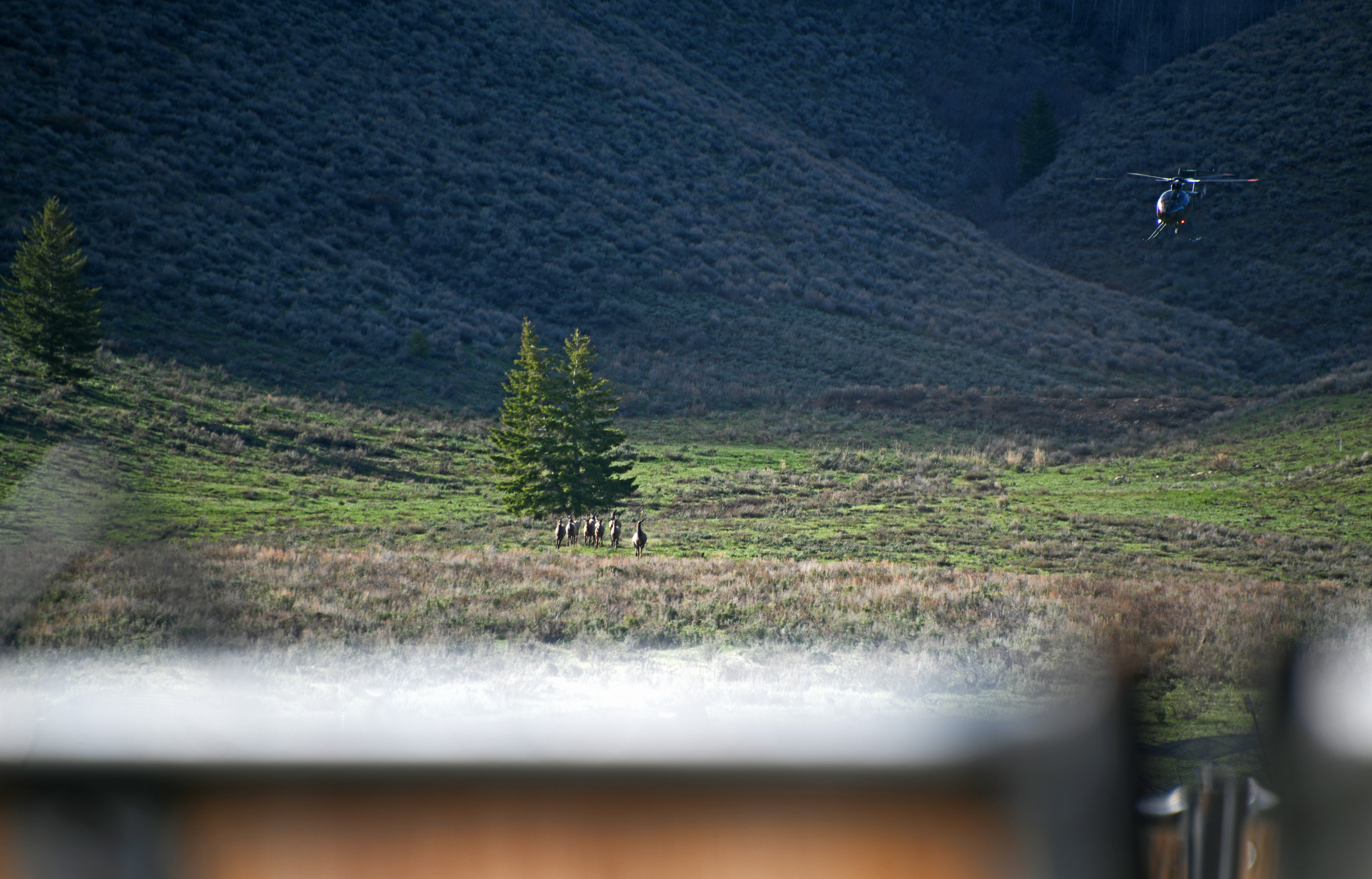 A helicopter herds a small group of elk into a funnel trap.

In total, 30 elk were trapped on private property and relocated to public land during the operation. 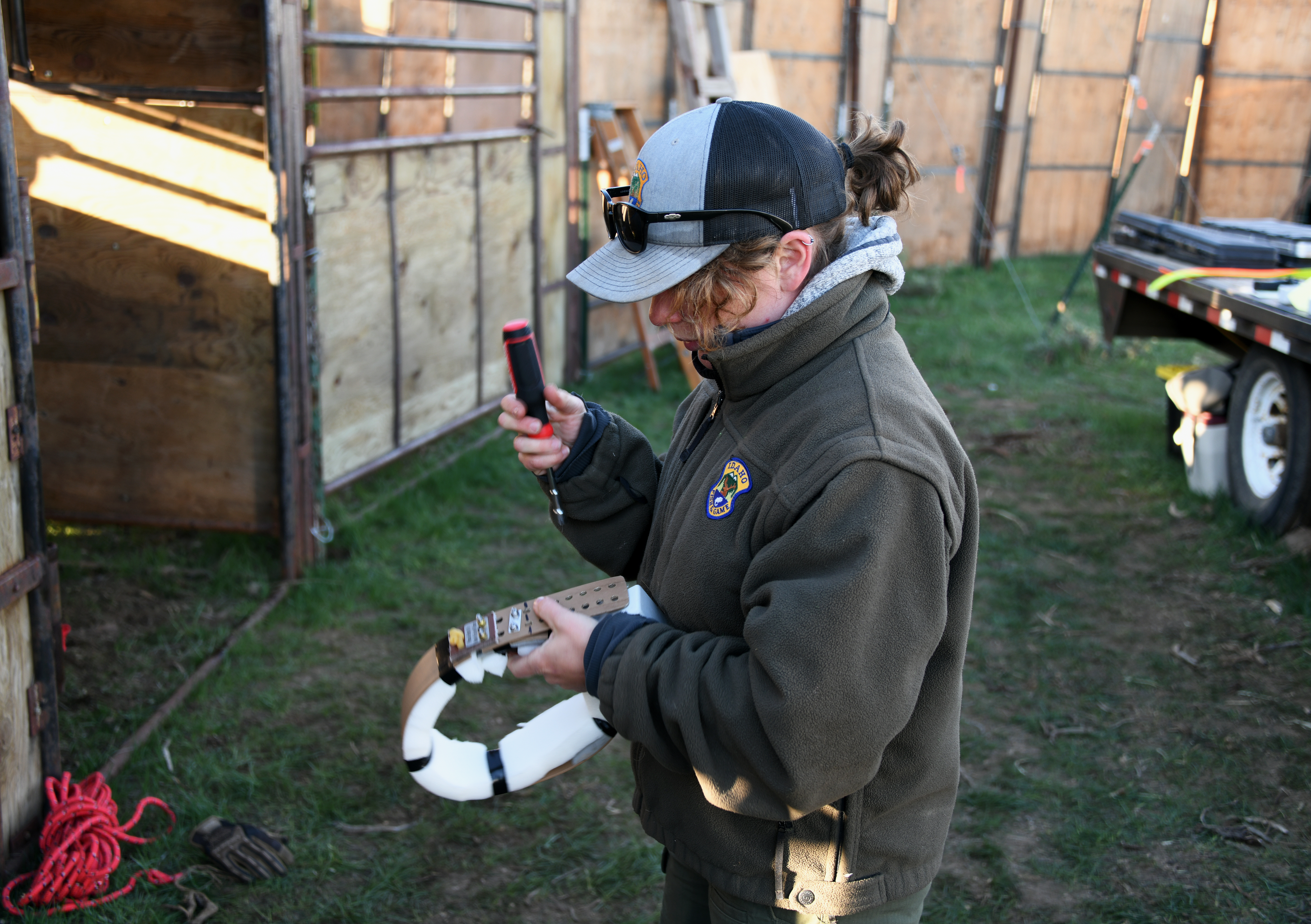 A wildlife biologist preps an elk collar during trapping operations in Little Camas. 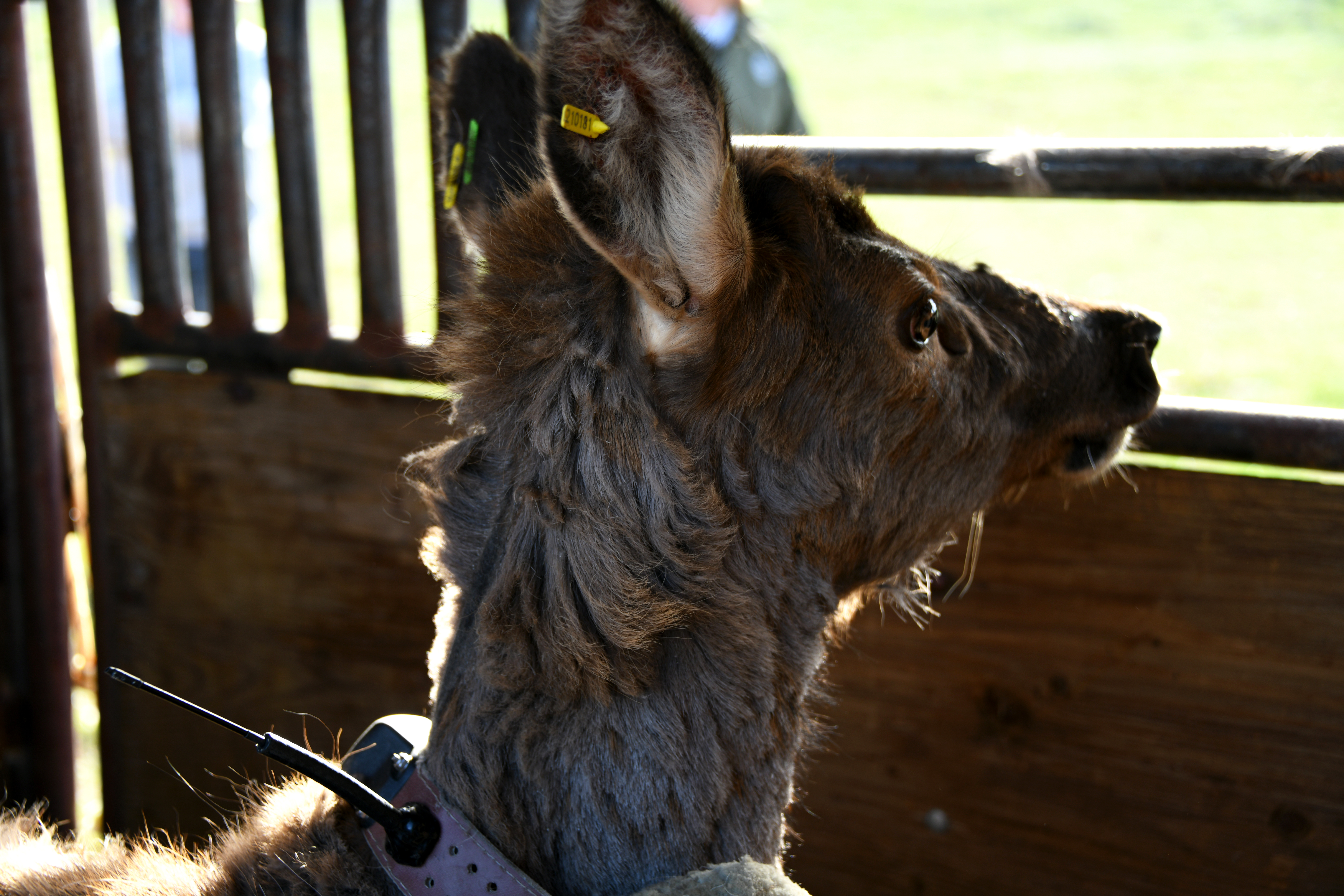 A yearling elk after receiving a radio collar and ear tags prior to translocation into central Idaho.

In October 2020, 16 elk were translocated into the Bear Valley area of Game Management Unit 34 also in the Sawtooth Elk Zone. Five were adult females, two were yearlings, and 10 were calves. Radio collars were placed on a total of 13 elk to assess movements and survival in their new home.

Efforts to trap and translocate elk responsible for crop depredation is a rare occurrence. Officials with Fish and Game decided to trap and move elk in response to the severity of depredation claims and hunter input.

Trapping elk is usually done by baiting elk into a corral, but for the most recent efforts, the elk were trapped by using a funnel trap, where very long wings would funnel elk, herded by a helicopter, into small corrals before loading them into a stock trailer for transport.

There are a number of management tools available to the Department when assisting land owners who have crop damage due to big game. These tools include things such as depredation and managed hunts, fencing, non-lethal hazing and lethal removal.

Regional wildlife managers will continue to use hunters when possible to reduce the number of big game causing crop damage when depredation issues arise throughout the Magic Valley Region.

Using the wide range of management options, efforts in 2020 have shown positive outcomes with what appears to be less crop damage compared to previous years.

Sharp-shooting at night may still be required in select locations in the region but that decision will be based off of big game behavior during the summer of 2021.