Irrigators reminded to contact Fish and Game before turning water on 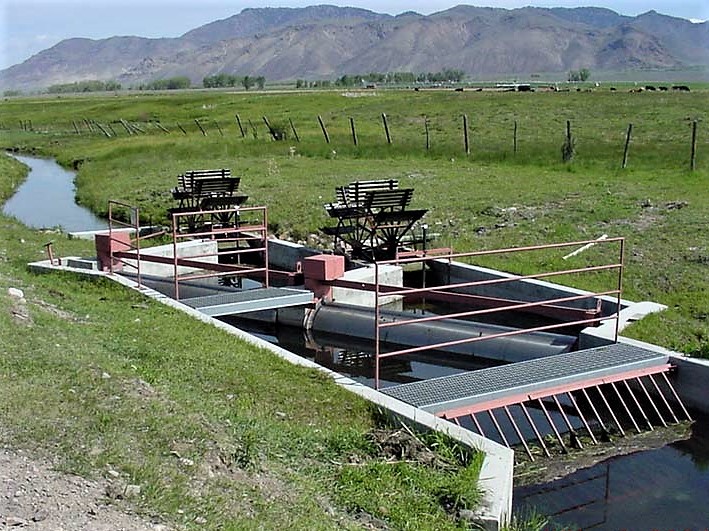 The upper Salmon River and many of its tributaries provide critical habitat for Chinook salmon, steelhead, and other fish to spawn and to rear as juveniles. Salmon and steelhead are anadromous fish, which spend the early part of their lives in fresh water as juveniles, eventually migrating downstream to the ocean for several years where they grow to adulthood before returning to spawn.

Salmon spawn in the early fall and steelhead in the spring.  After hatching, the juvenile fish will spend the next one to two years seeking out suitable habitat where they can find food and cover until they migrate downstream for their long journey to the ocean. It is during this time when these young fish are actively migrating downstream that they are at risk of being diverted into one of the many ditch systems.

The success of the screening program was measured with a study that counted fish as they were returned back to the river after being diverted. It was found that in the Lemhi River, up to 88 percent of all migrating juvenile Chinook salmon are diverted into at least one ditch system as they migrate to towards the ocean.

Through the screening efforts, all of these fish are safely returned to the river.  Fish screens not only prevent the loss of Chinook salmon and steelhead, but sockeye salmon, cutthroat trout, rainbow trout, bull trout, and mountain whitefish.